This science fiction post has been rattling around in my head for a while and it finally got dumped out. With a science fiction theme, I thought I'd start with a photo of stars. Somewhere there is is a movie of all these still photographs. Fasten your harness! 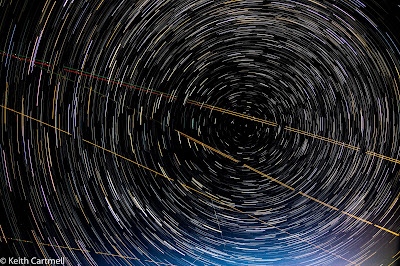 In 1966 Star Trek happened. Some of you may remember the original series and have probably seen at least a few episodes in syndication. I can remember getting off the bus about grade 6 or 7 and running for the house. I'm not sure if that was original broadcast or if it was already in syndication, but I think it was the original. Books came along soon, and I devoured some of them. Let's just say the quality was mixed. The best one I read was John Ford's The Final Reflection, and there are some that have been justly forgotten.

Then it became a motionless picture (an in joke). Things start getting hazy for me working shift work. There were several other movies, but I only sort of remember the one with the whales in it. There was another series, and I remember watching the first episode at a buddy's house. We were all pretty disappointed. When I found out the kid didn't get strangled in the first few episodes I gave up on it.

There were more movies, and more TV series. I've seen bits of episodes of Voyager, (and not just clips of 7 of 9!) but it wasn't compelling enough to watch it from the beginning. I don't think I've ever seen any of Deep Space Nine, but could be mistaken. There are documented holes in my memory.

Then there were more movies, and they started to branch out sideways with younger actors. I don't know if these are reboots, or prequels, or sequels, or alternate time lines or what. I was at a writer's convention, and someone was trying to explain the chronology of the whole thing to me, even as I edged away slowly.

In 1977 Star Wars happened. I would be astonished to discover that any of my readers haven't seen it sometime along the way. There were books as well, and a couple follow up movies. No TV shows, as far as I know. Then a long silence, till 1999 when the first of the 'prequels' came out. I thought it was dreadful, and I didn't notice the other prequels. Or maybe they merged into sequels, and they did episodes 7, 8, and 9. I'm not sure. Even without shift work it's a blur. The different versions of the movies didn't help either.

Now it's Rogue One. I'm not sure how that fits in, and I'm sort of afraid someone will explain it to me. The trailers looked ok. It seemed to be set just before the original movie, so I guess it's a kind of a prequel. Part of the problem for me is that if I know how the story is going to come out, why bother seeing it? It's making a ton of money at the box office, which I guess is good for the people involved.

As an aside, the actual Star Wars story didn't need any of stuff that happened before the opening scene with the ginormous space ship going overhead, and going and going. They had me, right there.

Along the way for both universes there have been a ton of books, toys, games, and I don't even know what all. Essentially anything that will make someone some money. That's all very well for the people involved.

But, I say. BUT! I'm sick of these two stories. Sick to death of them and all the characters and their whole damn universe. A famous author once said you write a beginning, a middle, and an end. Then do something else. These guys haven't figured out the end yet, and keep redoing the middle. As long as people keep giving them money, we're going to get the same recycled pap.

Movie studios have their process about choosing what movies to make, and I regret all the money that the remakes and sequels suck up, because then other, original movies don't get made. And trust me, there are a ton of original stories that are crying out to be made into a movie. Asimov's Foundation, Bester's Demolished Man or The Stars My Destination, almost any of Heinlein's mid-career work (done better than Starship Troopers please and thank you, and stop before the gawdawful Number of the Beast), Zelazny's Amber series, Niven's Ringworld, Varley's Steel Beach, Clarke's Rama come to mind just off the top of my head and there are dozens of others. Childhood's End was a well done thoroughly enjoyed TV series. Arrival is a stunningly good example of a movie made from recent material. More, please and thank you!

Yes, I can imagine that some of them have complicated movie rights, but there are people that can sort that stuff out. I'd pay money today to see any of those in the theatre if it even appeared to be a quality production. Yes, I know some of those started good and ended badly, but that's ok, the movie can tweak things to make a better movie. See what I did there? 'A' movie.  The whole concept of a movie franchise is an abomination. And don't get me started on comic book or super hero movies.

Some of my readers have read all of these and have a picture in their mind of situations or characters, and would be distressed to see them done badly. Me too, but that's better than the same old same old. If you've read some of those and liked it, go find the rest. Trust me, thank me later. Lord of the Rings is proof that even a long complex novel can be made into perfectly good movie and make a ton of money. (If only they had stopped before The Hobbit.)  One might quibble about some of the choices that the Jackson team made, but overall it's a bang up job.

And while I'm on about it, I want a movie, not just a display of technical wizardry with special effects. A movie with characters and a story that makes me care about them. Or characters so interesting I'm dragged along to see the story, whichever. I'm not fussed. Hollywood car chases set in space need not apply.

Just now I saw the trailer for the Blade Runner sequel. I'm intrigued, and a bit appalled at the same time. Why? Remember what I said about a beginning, a middle, and an end? Blade Runner had it, several version of it, what with the various cuts. We don't need more of that story. More will only dilute what we've got.

All that said, there have been some interesting science fiction movies made recently. Inception comes to mind, as do The Martian, Edge of Tomorrow, Wall-E, Ex Machina, Looper, Minority Report, Tomorrowland, and others. It can get done. I'd just like to see it done more often.

As a reward for hanging in through a long rant, you get rewarded with cat pictures. 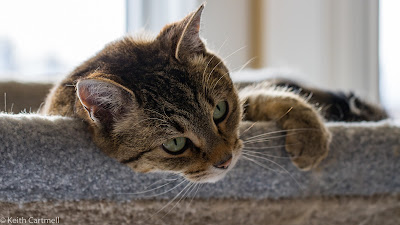 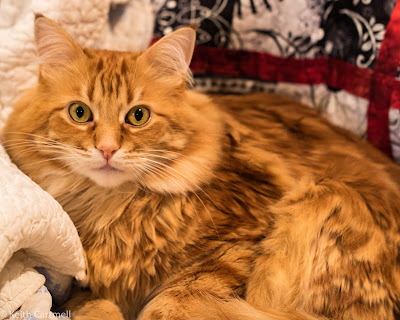