I'll bet you didn't know Calgary had a traffic whirlpool. 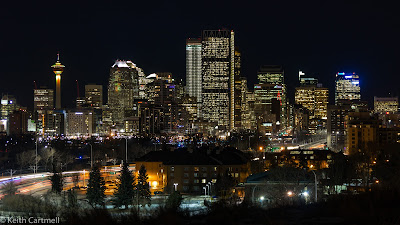 Now that I've done this I want to go find a place where I can shoot tail lights going around a traffic circle. That ought to be fun. Used to be they were considered a hazard, and were taken out in the few places they existed. I remember nearly coming to grief on the one near the U of A in Edmonton. Now they're going back in again, and I haven't tried the new ones beside Crowchild Trail.

This is one of the few good shots today, out of the 129 that I took. Lots of blurry rejects. I'm not sure if it was the camera or my eyes that were having focus problems. Or maybe it was the gusty wind. Some of them looked ok, till I tried to HDR them, or looked close during polishing.

Note to self: work harder on stabilizing the tripod. 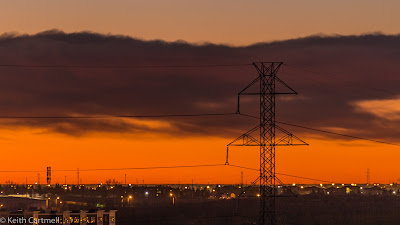 Unfortunately, the light never really came up in the clouds, then the clouds went away. But that orange was amazing! There's a few other nice downtown shots. I was wondering what the Solstice light would be like, and it seemed much like the light any other sunrise.

There's a stark beauty to these power lines and towers. The silhouette against the sky can be an interesting composition. 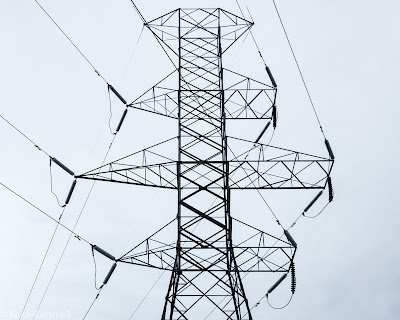 Some say they are ugly, but I say beauty is found where form follows function, and we can't do without them yet.