That Cliff's Swallows nest under the Weaselhead bridge. 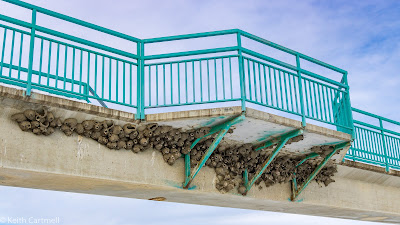 I have never before seen the bottom of this bridge, or this view of it. Usually if I'm there, I'm running or biking over it.

It reminds me that even at my advanced age I'm still learning new things. I say advanced age because for most of the humans that have lived, my current age and state of health would be astonishing. Very few would have attained the age, and almost none would be as healthy. It's only here and now that I'm considered middle aged, generously speaking, and doing all I can to ensure that continues as long as possible. 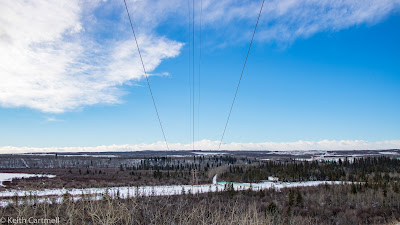 These photos come from a ramble with my buddy Sean that I worked with way back in the day, and then again more recently. I only found out since then he was also interested in photography. He asked if there were any good photography spots around the reservoir, and well! Of course I was delighted to show him the ultra-secret spots where I've taken those stunning photos I've sold for zillions of dollars (in my dreams), then we went for lunch after. Talking the whole time about various things, not including shoes and ships and sealing wax, or of cabbages and kings and why the sea is boiling hot and whether pigs have wings. Manfrotto heads came up, in case you were wondering.

Just to keep you properly terrorized, I'm still musing over the 2016 retrospective, and the numbers it will include.