Starting to think about the year end round up

This is another day of almost indolence. I was out taking photos early this morning, and once it got a bit nicer I ran 6K in 44 minutes. Nice and easy since this is the first run in about a week or so. Stupid colds. I'm glad it's over, I've made a bunch of lunch dates and don't have to worry about contaminating anyone.

Remember those two rose buds? They're still hanging in there. 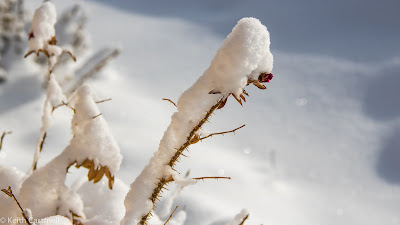 I was on the way back in after a bit of a slog through the green (now very white) space across the street.

These are the two nice shots of the day. The others were interesting in the sense of playing with a really wide lens but probably not interesting to anyone else. 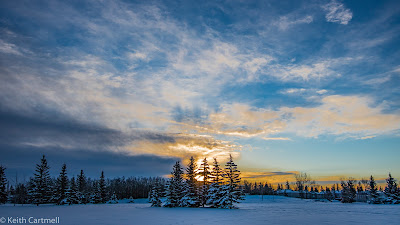 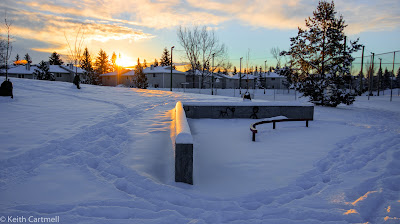 And lastly, how can I not talk about Carrie Fisher? She's only a little older than me. A stern reminder that mortality is there waiting for us all, no matter how rich or famous you are. In one sense I'm glad when people go suddenly. They live their life and then it's over. One of my nightmares is to be trapped by the medical system. Too ill to be living on my terms and doing for myself, (or not) but the medical system not letting me die. I do not want to be one of those people in a care facility, begging to be taken home, living on pills.

There's been a lot of high profile deaths in 2016, and boomers, it's only going to get worse. Over the next smallish bunch of years you (we, I) am going to lose lots of the celebrities that we grew up on. I mourned deeply when Isaac Asimov died. If there is one writer who's style I'd most like to emulate, it's his.

Asimov's opinion on Star Wars was that "he liked it", as given in a radio interview. I don't know what his real opinion might have been. He certainly would have had one; he had an opinion on almost everything. He wasn't known for writing strong female characters, so he might have approved of the Princess Leia character. She did well with the part she was given in the movie, and more recently with the part that was dealt her in life. I cheered when she pushed back against the expectations she ought to look the same as she did as a teenager, or that she was that character.