There's lots of people that would think this scary. 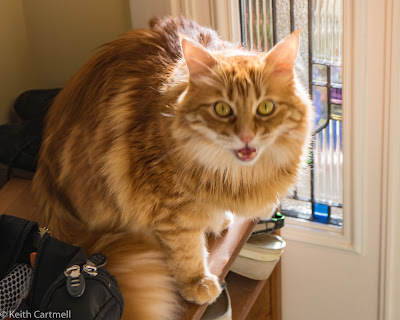 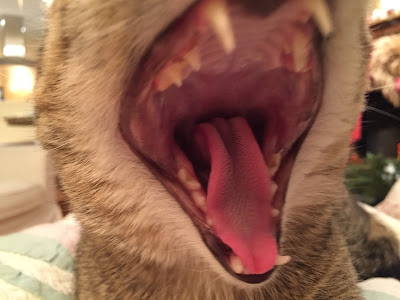 But no. I'm much more frightened by the illiteracy and rage in the comments of social media. Not here, of course. I don't get much spam, and all my readers are literate. They might not produce many comments, but they're all the finest quality. I haven't had to moderate out anyone in a very long time.

I don't know where all this rage came from. One expects children to have a melt down every now and then as they learn to cope with the world. But adults weren't supposed to. They were supposed to suck it up, deal with the situation, and vent elsewhere.

Somewhere along the line that stopped happening, and people felt free to vent whenever, wherever, about anything at all. I mind one example in an airport one evening. We were all lined up at the gate to get our tickets back, (this is when people had actual paper tickets), and they were sorting out what was going to happen next. The guy who had bullied his way into the front of the line was abusing the gate agent, and eventually he marched off threatening to call his buddy the Vice President. The next guy gave the poor agent a moment to regain her composure and asked politely what his alternatives were. Turned out he was going the same place as bully, as were a couple other people. The agent herded them aside, made a phone call, then said there was a plane with space, but they had to hustle to that gate, and the paperwork would be sorted after. They left with big smiles. Most of the rest of us had to wait, but we got an explanation.

There is no point abusing the gate agent, or the hotel lobby receptionist, or the wait staff in a restaurant, or any of hundreds of similar positions. There might not be anything they can do for you, but abusing them guarantees it. Sometimes, smiling at them, asking politely, gets you a surprise where they can actually do something. Maybe it's only to get a free beverage, but that's better than a poke in the eye with a sharp stick.

And the comments section. All of you know the rule, never read the comments. Sometimes they're visible and you can't help it. Sigh. Once upon a time (before email was common) I was part of an organization that shuffled lots of paper around. Reports, letters, comments, whatever. I was point person for summarizing comments on a particular issue. Many of the comments were in fact literate albeit with varying degrees of passion. Some were not terribly literate, but expressed a viable and recognizable position. And then there were the comments summarized into the group "might as well have been written in crayon." I privately called them crayon comments. None were literate, most were incoherent, and many were brimming with rage about something.

That was many years ago, and it's only gotten worse. I don't mind a well written comment expressing even a passionate opinion that I happen to disagree with. I don't mind someone attacking my position,  perhaps even in vehement terms. What I won't put up with are the ad hominem attacks, the assumptions of stupidity, putting forth comments designed to enrage the other person, or holding a position that is just plain contrary to fact. I don't feel the need to quote examples, I'm quite sure you've seen it for yourself.

Back in the primitive days we used to allow smoking almost everywhere, and a large fraction of the population smoked. One suffered the smell of smoke everywhere. Then we realized the cigarette companies had been lying for decades about the health risks of smoking. The smartest ones had never started, and the smart ones who had started, quit. Then we started herding the smokers outside and more quit. I remember the fuss when they stopped allowing people to smoke on aircraft, and there are STILL incidents every now and then where people try to disable the smoke detector in the washroom. Idiots.

Now it's a bit unusual to find someone that will admit to smoking. You see them huddled in a pathetic mass the required distance from the entrance. Every now and then some smokers show up at Repsol, and the people near them in the locker room gag. I've seen people take their stuff and move away from the smoker. Since we don't get it much, we really notice the smell is disgusting.

It's much the same with the comments. When most people behaved politely in public, anyone tempted to lose it would work a bit harder at keeping control. They knew other people would lose respect for them if they lost their temper. When someone did lose it, and it was a major issue, they might be cut some slack. Maybe that's where the problem started. Hmmm. Maybe we should have given them a time out in a play pen.

Now people lose their shit over trivialities. The Starbucks coffee isn't quite right. Somebody in a car did something you didn't like, that didn't inconvenience you at all.  A bike lane was installed. You had to wait a few minutes for your dinner reservation because someone stayed a few minutes longer in a busy restaurant. A carbon tax of a few cents per litre when they didn't complain about a 25 cent per litre price raise.

I fear for our democratic institutions when we can't hold a polite conversation about grown up issues. There are not many black and white issues anymore, most are made up of murky shades of grey. There are any number of reasonable positions to hold on various topics, and we should be able to discuss them to come to common ground. That's how we get stuff done. It's called compromise. In the USA that's a dirty word now. Many legislators are doing the childish equivalent of holding their breath till they turn blue to try to get everything their way. A 90% win isn't good enough. Such are unworthy of the jobs they hold. I fear the same thing happening here.

And in AMA news, I'm up past 4,000 words in response to four questions. If you want to get a question in, best do it quick.