Here's a few more from Johnston Canyon. I've had a fairly high percentage of these come out, and sometimes I've been torn between which of several of the same scene to edit. One of the difficulties is trying to get just the right amount of blue or green into the ice. As long as there is at least a little bit of colour, Lightroom lets you boost it to craziness. I don't want to do that, though it makes for a dramatic photo. Your thoughts, did I nail it, or overdo it?

Before I forget, yesterday was a straight up political rant, if you missed it. A bunch of nice comments on it via various channels, thank you very much.

These shots are in no particular order. I edit them in a whimsical order so the time stamp and file number don't line up, and Blogger likes to reorganize photos anyways.

This is from the end of that little tunnel. I walked very carefully through that, let me tell you! While I'm thinking about it, thank you for all the suggestions to take a wide lens! Kathy from Neil's photo group was there, and it was nice to chat with her. I can't wait to see her images of this! 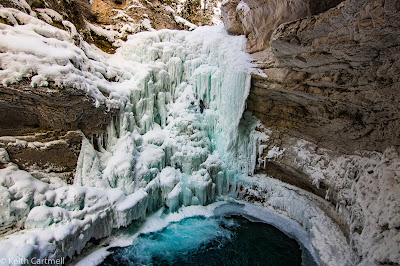 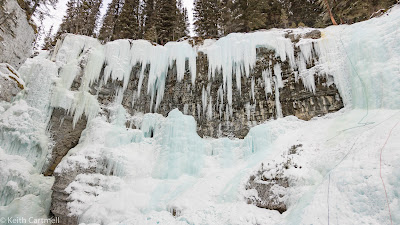 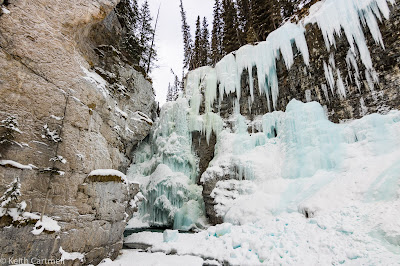 I was itching bring up some LED lighting to play with this wall of ice. That blue was gorgeous. 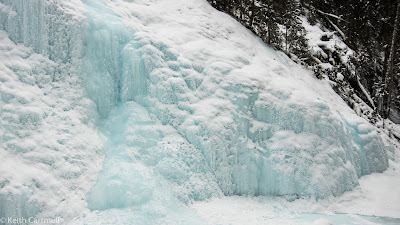 This is actually a vertical panorama, and that pool of water is a very long way down. 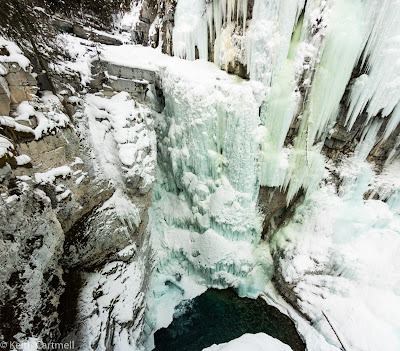 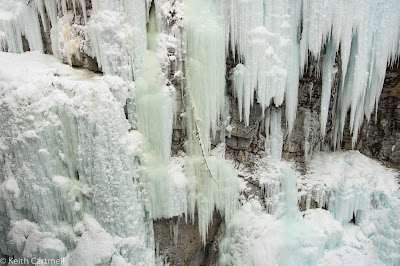 I'd love to take up ice climbing, said Keith, NEVER! I watched for a bit and nobody died or impaled themselves on their crampons or hung themselves by the rope, but I figure it's just a matter of time. 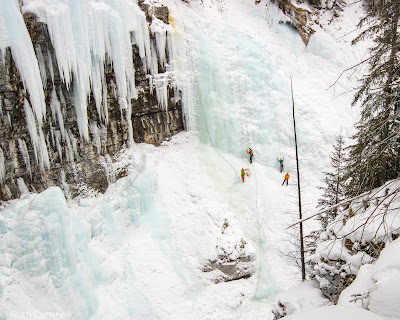 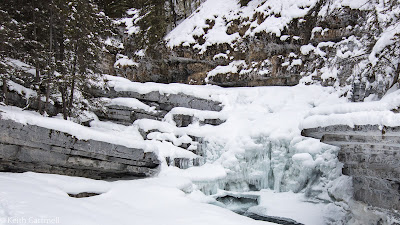 I've sort of got a thing about rock as well. Part of me was wising I'd dragged along the 100 mm macro to catch some of the frost on the rocks, and the fine grain of rock texture.

Even though one person suggested we got down the road a very little bit to Morant's curve, we didn't. I hadn't brought a tripod, and I'm pretty sure I didn't want to stand around waiting for a train. It's an open bet if I'd even have been able to hold the camera still, what with tired legs. We'll do it another time.