Imagine, if you will

There we were, 8 of us in a big comfortable van, driving south along number 2. Neil was waving his arm expansively off to the west, "over there is the grain elevator in the photo I showed you yesterday."

Someone from the back of the van, "I can see it clearly in my imagination, the windows are completely frosted." There were some frantic scrabbling of credit cards against the side windows, but to no avail.

Neil didn't skip a beat, and uttered the famous words of the day. "Imagine, if you will..."

That got said many times. It was -17 C outside according to the van, and windy in places. The windows were almost completely frosted the whole trip. The people in the back were breathing heavy with photo excitement. We zoomed south to Lundbreck falls, then over to Waterton townsite and back home, with a few other stops along the way.

The occasion was another of Neil Zeller's basic photography courses. I was along for the ride, to guard the van while people were out shooting, and managed to get a photo or two along the way. Even taking part of the course on Saturday was value added for me. There are some things I needed to hear twice, and it helped me figure out some of the focus choices on my camera.

There are two highlights for these courses. One is the chance to actually work with your camera during the session. It isn't just theory. You'll manipulate the exposure settings in the class to understand how ISO, shutter speed, and aperture all go together. Not just once, but again and again, for different conditions. You will learn how to make your camera do what you want it to do, to get the shot you want, which might be entirely different than what the camera would do.

The other highlight is going out into the world, someplace, and shooting. Where you go depends on the weather, time of the year, where people live (there's a story there), and Neil's gut feel of the best places to go. This time the students shot the Peace Bridge, the Bow head, downtown skyline from above Stampede park, and an industrial area. Sunday was down south, hoping for sunny skies, but it was not to be. However, the haze gave us some interesting light. 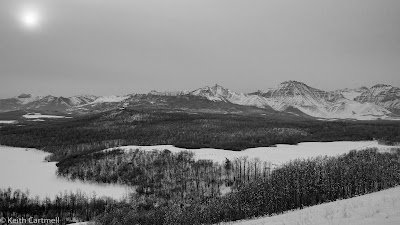 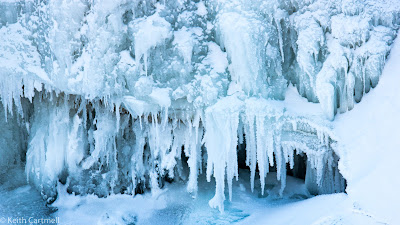 Plus as an added bonus, the fun interaction with other enthusiasts from all walks of life. Let's just say there was lots of chat in the van. An excellent weekend!

Did you miss my AMA? I got four good questions, and I answered them here. If you haven't seen it yet, bring a big cup of your favourite tipple.