That was exciting! The pedestrian bridge over Anderson road is finally open and of course I checked it out. It isn't as photogenic as the Peace Bridge, so I don't think I'm going to get images of it that will vault me to world fame or something. It's a nice, practical bridge, and had more than a dozen people crossing while I was shooting the sunset.  I had a busy day with the camera, shooting a sunrise (nothing worth showing you), flowers and the garden (surprisingly bright and colourful), my neighbours (she is more photogenic than him), and sunset from the pedestrian bridge. Here's just a few of each. Wouldn't want you to get jaded or anything.

I'm not sure what kind of rose this is, but it's still blooming. 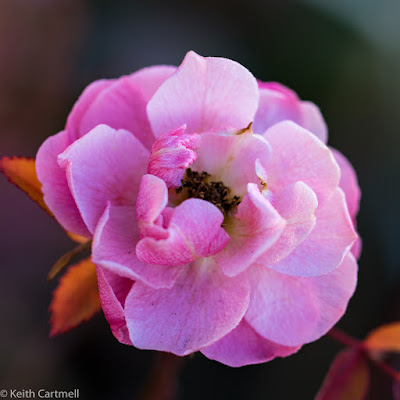 These are the same two blossoms featured a little while ago. Not blooming, but not dying off yet either. 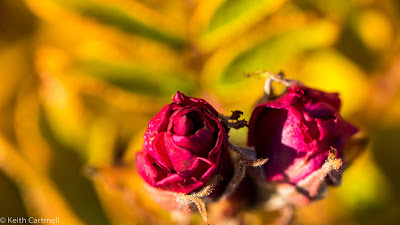 The bridge! Some of you are more interested on whats on the tripod. I'd mounted my 70-200 mm lens and taken some pictures with it, then swapped the camera onto a wider lens to shoot the sky.  There's been a few times I wished I had two cameras, one on the tripod dialed into a shot and waiting for the light, and the other one hand-held to capture whatever else is going on. 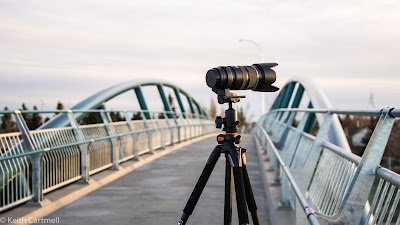 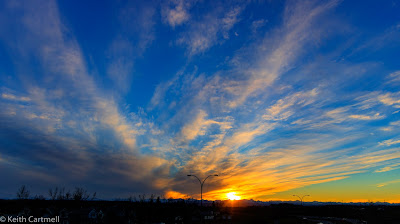 This is with the 17-50 lens, but I should have had the 70-200 for this shot. Can you see the very tippy top of some downtown buildings? I'm glad I looked around and caught this. 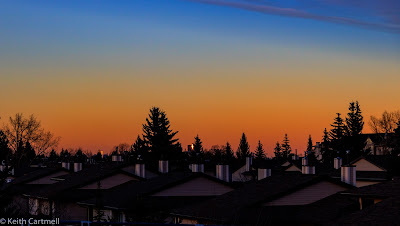 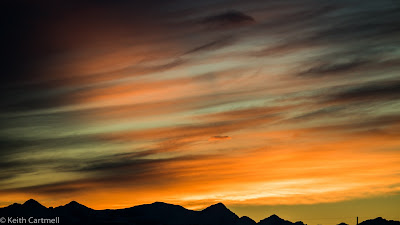