The young and the dead

Winter is still coming. The bit of snow and cold and fog is just a cold down. (Opposite of warm up, get it?) Part of enjoying a garden is knowing that it doesn't last. One of the Cana lilies was putting out a beautiful blossom at the beginning of October. We had hoped to have it make till the Thanksgiving long weekend, when the plan was to put the garden to bed. Covering the plants works for frost, but not prolonged cold.

Here's what's left of the Dahlias and the Cana lily. 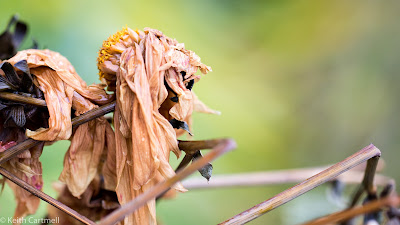 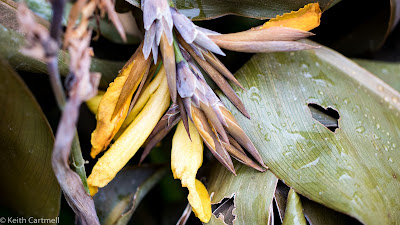 The plan this morning was to swim. We looked that the schedule and it said there were lanes open. We get to the pool and it's holy doodle! The parking lot was full. The only reason we found a spot is because they reserved some of the lot for us members. The pools were full, FULL! of kids warming up for a meet. The place was busy, but there were 4 lanes, as advertised.

I slipped in with a guy doing 50 m intervals in about 30 seconds, and stayed out of his way. Normally I wouldn't join such a big dog, but the other lanes were full and much slower. Another girl joined us and did much the same. After about a 300 m fast warmup I settled into the 50 m intervals as well, though they weren't strictly on the clock. My best was 40 seconds and most were 43 seconds. The main thing was trying for good form, and working on water feel, tuning my arm stroke, and trying to encourage my swim mojo.

Part of what makes swimming tough is that the water never lets up. It's always there, and in a pool theres never a current to push you along. It's almost 800 times as dense as air, so the slightest imperfection of stroke or body position is going to get punished. It becomes a mental game to keep your focus on your stroke, to keep doing the same thing again and again.

There's a trick where you hold out your hand palm up as if you're handing someone a piece of pizza. Your elbow bone is pointing down. When most people turn their hand over they rotate their wrist and the forearm bones, but the elbow bone is still mostly pointing down. It's impossible to get your forearm vertical in the water, out in front of your body where it will do some good. You need to rotate your hand until your thumb is pointing down, or even further if you can. Now feel where your elbow bone is pointing. It's mostly to the side. Leave it there and rotate your hand back to palm down. Now you're ready to do a stroke, and get your forearm vertical in the water so your paddle is bigger. As Michelle has said, it doesn't feel the least bit natural.

It was a good swim. I did another 300 cool down after everybody left the lane. From there it was the hot tub, and watching the kids. I love watching them swim! Clearly I am not doing the same thing they are doing, and I watch to try to figure it out. The guy in my lane, for example, his stroke was a bit more splashy than mine but he's going a lot faster. Coached swimming several hours a day for nearly 20 years has nothing to do with it, I'm sure. High elbows, rhythmic, reach, catch, strong pull. Sigh. I'm sure his kick is better too, but I couldn't see any of that.

The kids are wandering around, many in team T shirts. Some were wearing what looked like a hockey jersey. Some are wearing parkas. There are a bazillion of them, all milling around chatting to their buddies, warming up on deck, cheering on their team, getting ready to swim, whatever else is involved with a swim meet. I'm glad I'm not the adult trying to keep track of them.

The vibe is amazing. I wish I could bottle it. Most are keen to race and want to do well. They are eager and excited, and it shows. For some it seems to be old hat; they are going through what appears to be an established routine.

It was a great start to the day. I did a bit of puttering with getting things ready for winter.
After looking over the failed roses photo below, I was out for another bunch of shots today, trying to be more careful about focus. I'll see how they came out. 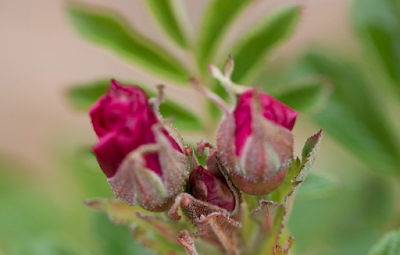 This other one I nailed the focus. The little window on the left is the whole photo. The big plant is about 2 inches across. In the lower left is a small square, but you might need to embiggen the whole image to see it. What's in the small square is what's showing on the big screen. I'll bet you didn't know hens and chicks were hairy. 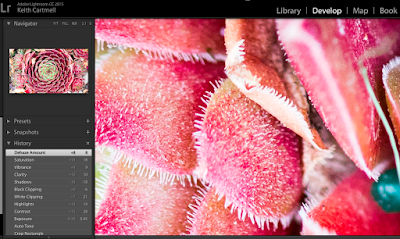