You might recall a photo from Saturday of a pair of rose buds. One person loved the "failed" rose photo, thank you very much. I admit, there have been a number of my photos that I didn't like, but other people did. In any case, this is the photo I was intending to take. Go ahead, it's worth embiggening. All three of them are, IMHO. 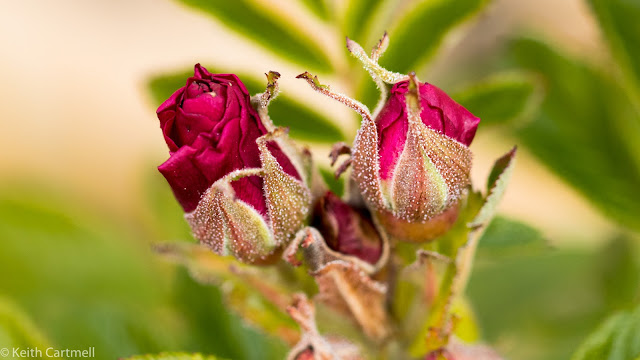 Rather than being a red smear, the buds are in focus. You can see some of the detail in the bud structure. It just took a slight tweak to the camera settings, and making sure the focus was right. It doesn't take much to get a shot that's almost but not quite right.

Here's a couple other examples of getting the focus right. The cactus live at Lougheed House. 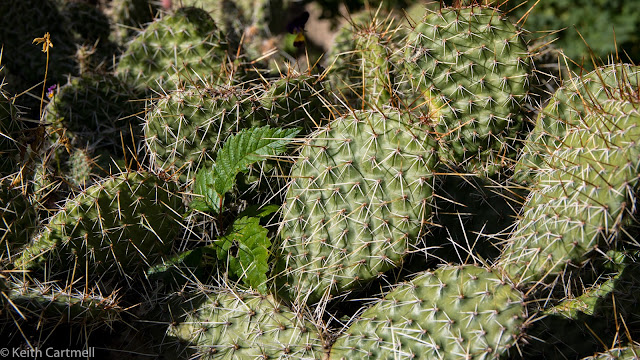 You saw the screen shot I took while processing the image, here's the whole thing. Remember, the big hens and chicks is about 2 inches across. 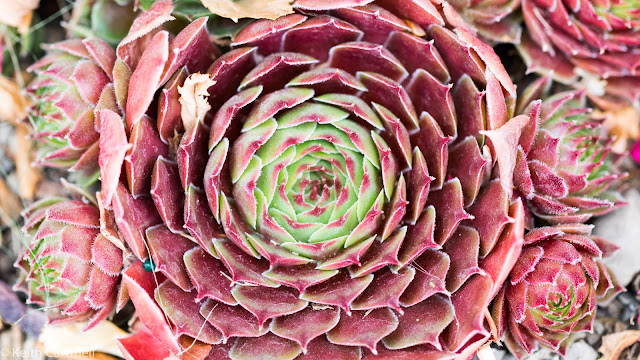 It's a good reminder to me about focus in daily life. It doesn't take much to miss the intended result. Sometimes the consequences are trivial. Sometimes not. I sometimes find myself losing focus in the transition between one thing and the next. One of my coping strategies has been to try to minimize the number of such transitions. There is a metabolic and results cost to switching our attention between tasks.

Now that  I'm mostly retired, I find myself thinking about what is important for me to accomplish during the day. Then I try to get at it, and get it done. Totally done and put away, before moving onto the next thing. Sometimes it's good, even necessary to have a slack day. But too many of them and you turn into a couch potato. There's lots I want to get done.

A practical example of focus changing other things has been running more this year. I put a lot of effort into training for a marathon, and I overdid it in August. But it was a good experience, even though my swim suffered badly.

I think the thing that triggered the speed increase was reviewing some of the subtleties of the arm stroke with Michelle on the weekend. Thinking about that, doing the stroke better, focussing on it, made me swim faster. Gotta love that.