Yes, still editing, but took a break, and ranted

I'm about half way through an editing pass of the photos taken in New Zealand. Mostly my judgement about what I marked to edit while there holds up. Mostly. Some of them I turned out to already have, and so they are de-starred. A few are not what I remembered or have some flaw or another. A few are WTF was I thinking? Even some of my edited ones I look at and wince. But there are a few along the way that reward me for looking at each.

But I thought it would be fun to look at some moving images this weekend, rather than still ones, so I stopped at the library to get three. I haven't seen a movie or TV show this year, so I guess early March is a good time to start. I wonder if I could go an entire year with no TV shows or a movie? Hmmm.

Geostorm is terrible! From end to end, in all aspects. It was worse than cookie cutter. Dialogue that was embarrassing to listen to, and I can only imagine how the actors felt saying it. The best movies drop you into a world and you believe it, regardless if it's believable or not. This is unbelievable, and I'm not being complimentary. Expensive effects that might as well be Ed Wood. Our world doesn't work that way. It's a mishmash of elements that not only don't add up, they subtract from one another.  Obligatory kid with dog during crisis? Yup. My response was 'meh'. Why would I care about a character on screen for a few seconds, when I not only don't care about the main characters, I actively dislike them?

His Girl Friday is an old black and white movie. By old, I mean it came out in 1940. Imagine that, just for a moment. Yes, in many ways it looks dated. Not just telephones and typewriters, but the very office itself, to say nothing of the attitudes of the (mostly) men in the office.

Except that it's a delight to watch. I'd watch it again right now if I had the time. The dialogue sings and snaps along. Rosalind Russel holds her own with a youngish Carey Grant. There's all sorts of stuff going on all over the screen and all of it is there for a reason. In lots of ways the characters are delightfully horrible to one another. I was thinking John Varley must have watched this movie a time or three before he wrote Steel Beach.

Watching it right after Geostorm made it look even better, though I can understand not many people would think so now. They'd probably find it hard to get past the B&W, let alone the old technologies. Their loss.

Then Annihilation, with Natalie Portman. I wasn't sure what to expect, but it wasn't that, and that makes me happy. I love it when I don't know where a movie is going, or how its going to turn out. Not your typical monster or SF movie, or even an adapted male buddy movie rewritten for women. Much of the work was done in camera shooting real life sets, and it's well done. Even the CGI is well done, presenting an unreal but believable world. There are complicated layers happening with the characters. If I saw it on sale I'd probably buy it so I could watch it again when I was in the mood.

Unlike yesterday, where the photos segued into a rant, that little mini rant doesn't have apropos photos. So you get semi random photos.

These are from our day near Lake Taupo, walking along a river. Yes, it's really that colour. 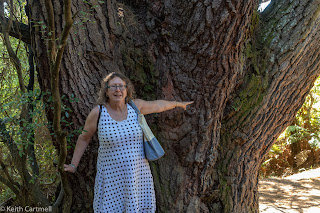 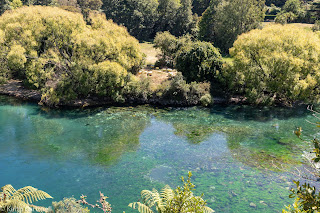 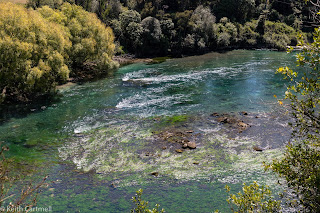 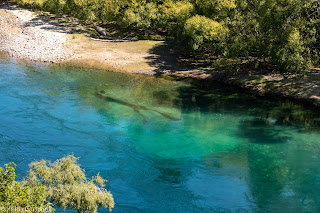 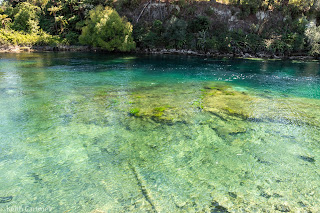