I hope you didn't miss me. That's the first time I've taken two days away from the blog in a long time. It's been a busy week and I was dragging my tail by Thursday.

Still, the pool called me Friday morning. 250 m 4:50, which is a bit off the pace, but my left arm isn't totally with the program yet. Not going to push it. I was chatting with a buddy in the hot tub, telling me about the new pool at Seton. Sounds like they don't have it all figured out yet, but several of the swim clubs have lane space there, so maybe Repsol won't be so crowded in the morning.

Except that won't be a problem for me much longer. My membership expires late April, and my work contract is over end of May. I might buy another month, then when I retire again I'll probably swim at Canyon Meadows pool again.

My leg is still cranky even after a massage and some rest, but the physio clinic I dropped in on was closed today. That was a surprise, so I guess it's Monday after work.

It's all part of the longer recovery time, I guess. I have to admit that right now running again seems like a big goal, to say nothing of getting back on the bike. Maybe the pysio will bring things around again, and that will be nice. But it has me thinking about doing triathlons. Or rather, what happens if I'm not doing them any more? There's a bunch of equipment that's been gathering dust, including a sweet ride that deserves to be out on the road a lot more. I think I'll see how things go over the next little while, but if I'm not back to a regular swim bike run routine by summer time, I'll have to think seriously about holding a sale.

In other news I'm still chewing away on the photo backlog. The nights with the star shots take the longest.

Here's another view of the steampunk museum, with a couple of the displays I really liked. You can see more here and here. 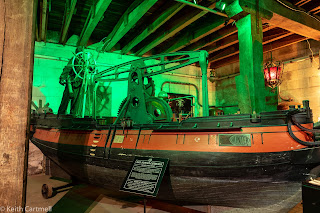 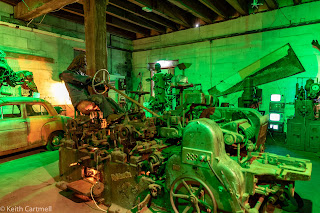 Back in Dunedin one of the more dramatic sunsets happened, along with what passes for a skyline shot. 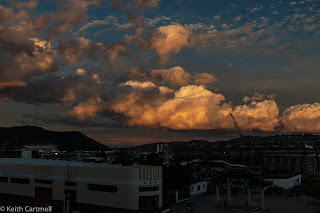 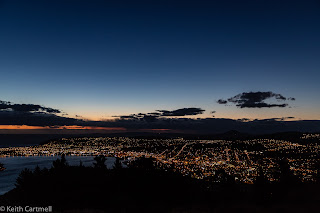 During one museum visit I learned that a Canadian representative signed the surrender documents that ended WWII. Colonel Lawrence Vincent Moore Cosgrave was the Canadian Military Attache to Australia, for the South West Pacific Area. Hands up, how many of you knew that? I certainly didn't.

Because he was blind in one eye from a WWI injury, he signed on the wrong line on the Japanese copy of the documents, leaving the New Zealand rep to sign in the margins. 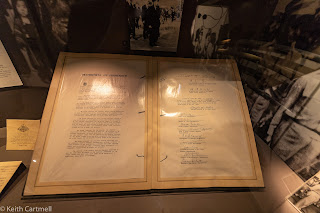