That was a surprise

There have been times in my life when I was eager to find paying work. Eager, verging on desperate. What the work was, was secondary to the paying part of it. I would polish the resume as best I could, tailoring it to exactly fit the job ad. When an interview was scheduled I'd do everything to put my best foot forward. Sometimes it worked, sometimes it didn't. Mostly it worked out.

I have this theory of life. When two or more parties are negotiating, the one that needs it the most ends up with the short end of the stick, at best. Not always, but it's the way to bet.

How does this play out in the seeing work world? Going into a job interview when things are getting tight, it's like the interview can smell the taint of desperation, and they don't want it or you. Which explains the old adage, the best time to look for a job is when you've already got one.

An even better time is when you aren't looking, and have no intention of looking, and are far from any need to look. Then it seems like the offers come out of nowhere and find you.

So there I was, vacationing in New Zealand. A lovely remote South Pacific island. (Two big islands, actually and lots of smaller ones.) But they have great cell service, and I had a temporary chip in my phone that let it talk to the world. (A cheaper and better service than I get at home, BTW, and Telus, I'm looking at you!)

The first thing I saw was an email saying that one work colleague had given my contact info to another, and was I interested in talking about a contract? A few emails later that colleague showed up with some of the details. We arranged a tentative time and date for a coffee shortly after I got back. Confirmed it the day after I got back. Next work day the coffee happened. The following day I showed up in their office to look over some paperwork and start getting into it. Two days later I was in the office first thing, going through spreadsheets, and ended up over at the ultimate client's office to start getting into the details. Let's just say the view from that meeting room is awesome and leave it there.

So WTF, you are asking. I thought you'd retired, doing the photography and writing thing, you say. Yeah, I've been a bit conflicted about the work/retirement thing. I had no intention of looking for work again, and my last contract ending was just a little fraught, shall we say. (As I learn more of the story, my timing was pretty good, all things considered.)

I've been musing about shutting down my consulting company, and tidying up that portion of my life, and making the appropriate financial arrangements. There is a meeting scheduled with our financial advisors in a couple weeks to do just that. The model I've been working on the last few years is to work for a little while, then not work for a while, with the idea the working would fund the not working part of the year, and eventually what with various revenue streams the not working part would support itself. So when a few months of work will fund the rest of the year, it's easy to carry on with the working model of life.

But there are complicated financial things that happen in the transition. For people like Linda the concept is easy, though the financial calculations are computer hard. Stop working, start pension. Start CPP. Start drawing down RSP and other investments in a tax efficient sort of way.

Even the theory of my calculations is harder. My work income is erratic, to say the least, both in timing and amounts. To some extent I can manipulate my personal income in a year by controlling how much and how I take money out of my company. As long as I'm working at all, claiming CPP is kind of dumb. The more I put off taking it, the larger the amount is based on my years of contributions. The company owns investments, and just now selling them attracts fees and tax, but is this more or less the annual cost to prepare corporate taxes? Those are just some of the questions. In one sense it's easy to give instructions that we don't need to worry about it just now, and we'll carry on for another year as before.

My transition from working full time, to mostly deliberately working only part of the year has been mostly pretty smooth and working out well so far. The transition to not working for money at all is a bit more difficult than I thought it would be. Work is a habit. I've worked most of my adult life, barring some periods of unemployment. The expectation is that adults work at something.

Retirement is different. We get choices. Some people want to play golf some place warm every day. Or do whatever else it is they enjoy doing. Many of my retired friends say they don't have time to work, what with all the activities they get up to. I was nearly into that mode, finding it a bit tough to schedule the coffee and a start date. Even so, I've got time off put into the work calendar for various appointments and I'll probably have to make those up, just for a deliverables perspective.

Others want to continue work, but on their terms. That's me, for just now. A little bit more money from a short contract to fund trips or camera equipment isn't a problem for me. But I wouldn't take a full time long term contract now, no matter the pay or work. Nor would I take a job at a cut rate, I have my self respect, after all. (Volunteer work is something else.)

So here I am, back in the work world again. The mound of work is big, and the timeline is tight, so it's going to be a nose to the grindstone, head down tail up sort of thing. But this sort of thing is fun for me, so it's all good, even though I'm likely to miss some sunrise or sunset photos, or photo trips with buddies.

Speaking of photo trips, I know at least some of my readers have been scrolling down the giant wall-of-text, and are looking for the New Zealand photos.

Here you are.
That transition land to see looks clear cut, doesn't it? 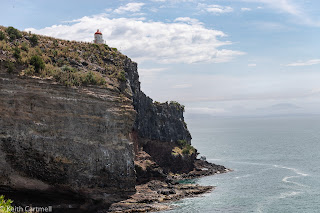 Maybe not so much, when you look a little closer. 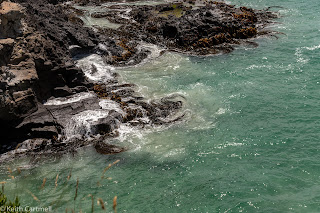 Or a clear transition, but with complicating factors. The sign says, "Do not get between seals and the sea!" 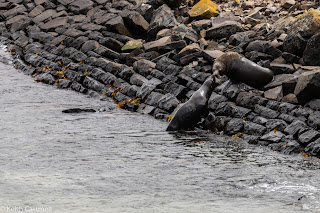 Two similar shots and I can't decide which I like more, so you get both. 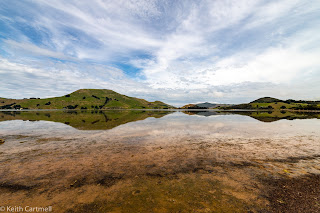 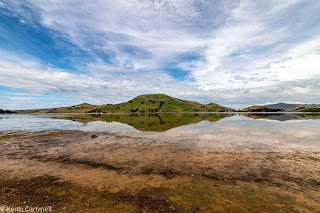