The equinox was yesterday, I think. For those that don't know, in Calgary the avenues run east west. Downtown it's pretty close to exactly east west. Meaning that a couple times a year driving downtown can be brutal. The pedestrians have to be really careful.

I'd wanted to do a downtown wander around the new Brookfield place building, and do some equinox shooting, and get some reflection shots. I'm so picky. Here we go. Calgary residents will recognize all of this, but feel free to ask if you have any questions.

Best image of the day! I even planned it, once I got the settings failed in. The difficulty with this light is that it's nearly impossible to see the info the camera is trying to show me. 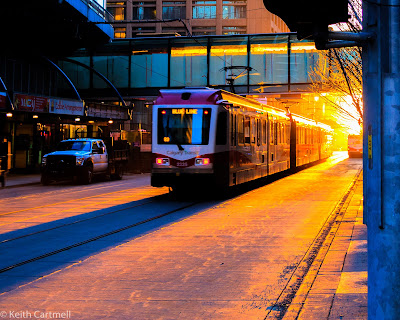 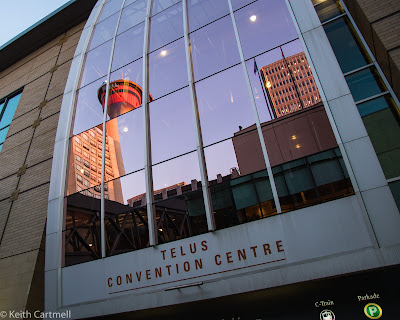 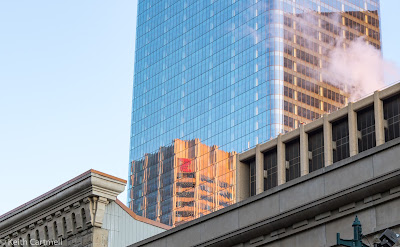 This is pretty well what a driver is going to see if they try to turn east onto any of the avenues. Yes, I could have brightened the shadows so you could see what's there. Or shot it in HDR. But why do that? I was hoping to get both rails on fire, but wasn't about to kneel down in the crosswalk. There's an LRT in the sunlight. A few pedestrians every year get surprised at how fast they move. 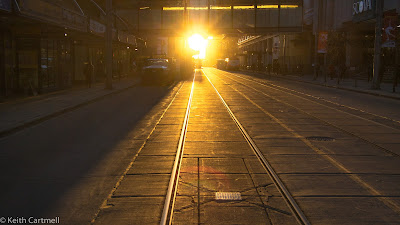 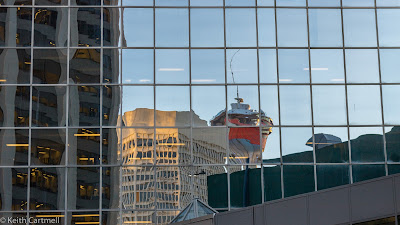 Even going west can be tough. I nearly got run over here. Just because I was fairly sure the driver had seen me doesn't mean he or she actually had. Or had but didn't care. That happens too. 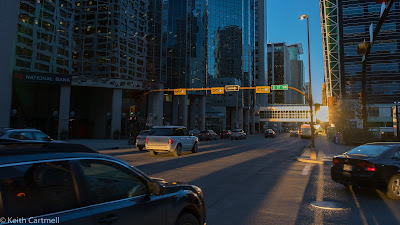 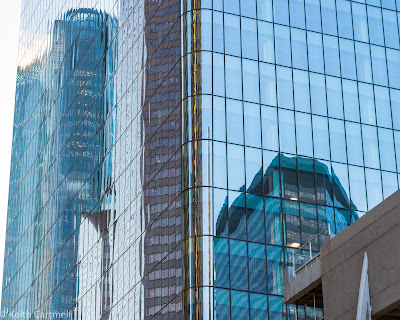 After this shot I begin to see the appeal of street photography. There's a guy in reflective safety gear standing next to the bus stop a block down. If I'd had the nerve, I'd have asked to take his photo. The hat and gear and light made a nice image. But I didn't. 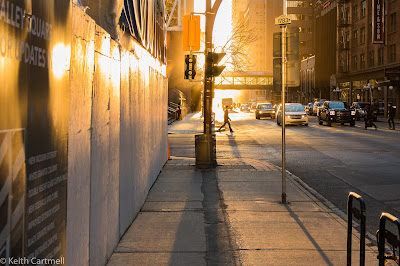 No, I don't know why a couple of the windows don't have any glass. 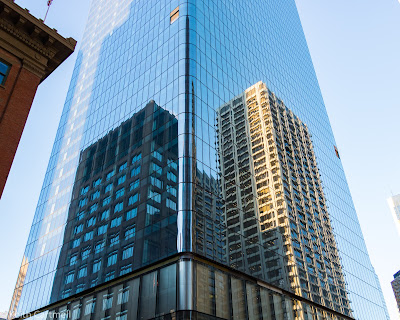 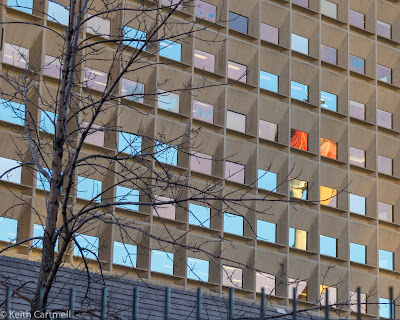