Once again it's time for Canstruction, where various teams build a themed response to a challenge, using food cans. There are rules, of course. I think the first one is, have a steady hand. Some of these things are huge.

I've been blown away in years past, but this year was sort of meh. The theme was super-heroes, and that's a tough one for me to get interested in. Super-heroes are boring, doubly so for the comic book editions.

There was a surprise, in that one represented various first responders. I think they'd be the first to say that they aren't "super-heroes". They are well trained men and women that spring into action when required, doing work that is usually difficult and often dangerous. It isn't one person making it up as they go along; its almost always a team effort, doing things they've trained over and over to do. It's nice to see them get the recognition.

I was musing about which lens to take, and in the end took the carry around lens, figuring that if I needed a different one for a shot, I could come back later. Just as well. I'd been looking forward to trying this with my good camera, rather than the iPhone shots of previous years, but no. None of them did anything for me.

But here's what did. It breaks some composition rules, and follows some others. I'm such a rebel. 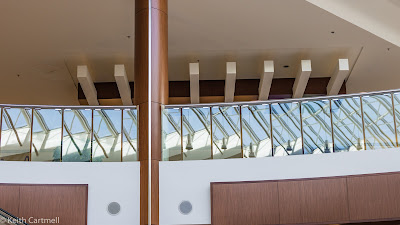