What I wanted to do Friday 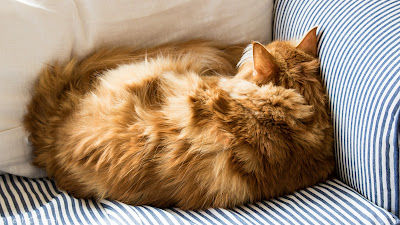 Yup. Curl into a ball and snooze. I'd been thinking about a swim, but no. We ran a few errands, and I found out I'd forgotten my wallet when we went to vote. Once home I napped. Big time.

Voting, you ask? As it turned out when the Conservatives were defeated in the last election, the Great Troll Harper decided he didn't want to play anymore. He essentially left our riding without representation while he job hunted. Not that he did anything for us anyway.

A by-election was duly called, and we ended up with 7, count'em 7 candidates. The usual main party suspects ran. (Conservative, Liberal, NDP, and Green) In addition we had Libertarian, Christian Heritage, and something called National Advancement, which I'd never heard of before.

My take on them:
Conservative. Bob Benzen, a Harperite. Enough said.
Liberal. Scott Forsyth. The Liberal name is a millstone around any candidate's neck in Alberta. Physician. Photographer.
NDP. Khalis Ahmed Federally the NDP are considered a left-wing party, but they've been moving toward the centre lately. He is a geologist with a background in project and financial management.
Green. Taryn Knorren. Federally the Greens are centrists leaning towards the left. She is an education postgrad, and a policy wonk.
Libertarian. Darcy Gerow They want to cut the carbon tax, and reduce the federal tax rate to 15%. Their way of balancing the budget is to eliminate the Canada Revenue Agency. They will loosen the shackles of gun ownership. His personal statement is that everything the government touches "turns to s#!t". And yet, he wants to be government.
National Advancement. Stephen J. Garvey. Their party platform is a barge of dog-whistling intolerance imported from Trumpistan and translated into a variant of Canadian.
Christian Heritage. Jeff Willerton. They want Canada to be governed by biblical law. With them in charge of interpreting it, of course. At least they're honest about being intolerant.

Let me just say this was not a terribly difficult decision keeping me up at night. I would be delighted if any of Liberal, NDP, or Green won, because that would mean Benzen lost. Canada is all the better for the remaining taints of Harper being scrubbed away. However, my neighbours are a conservative lot, and the habit of voting Conservative here is strong. Our provincial conservative MLA was one of the few that survived the long overdue NDP flood washing out the Augean stables of 4 decades of Conservative rule.

All politicians lie. It's inescapable if they want to get elected in the first place, and stay in office after the next election. The trick is to tell plausible lies, ones with more than a hint of truth. The best ones are actually almost true, if you look at things a certain way, and allow certain assumptions.

But Trump tells palpably stupid lies. Many of them. Everybody knows they're lies, and lets him skate by. Well, not SNL. They had his number from the start. I nearly peed myself laughing at the Spicer skit. That's what you do with such people. You laugh at them. They can't take it.

I shouldn't be too complacent. As expected, Kenny won the leadership of the provincial PC party, which has nothing progressive about it. He was ruthless in driving out anyone with a pulse, I mean, with a heart, or a brain, out of the leadership race, and out of the party generally. And don't get me started on the federal PCs. They are hoping the Harper dog whistling will work once more, so they can get in on the gravy train, and reward their buddies, while they get off on the jollies of hurting the ordinary people they crow about so much.

That's enough serious stuff. I'm working through photography books, making notes, and thinking about my next photo-walk. There's still a couple of places left in Neil's Yukon trip in September. It's going to be great!

Next week is the long awaited day to drop into Resolve and get some prints done. I've never done anything like this before, and hope they can lead me through the various paper choices, and that I've got the files set up correctly.

There are hints of spring coming, but experienced Calgarians know there is going to be at least one more good dump of snow. In the mean time, people are tempted to get into their gardens and do something. Doesn't this look ready for some greenery? 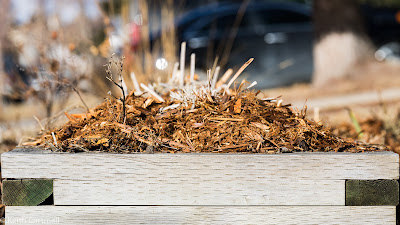