After yesterday's afternoon run, and some yummy treats, we were in the mood for a movie. I like to browse through the trailers, and the iTV box has some truly dreadful ones. I very nearly rented 3 Headed Shark Attack. No, really. It looked so deliciously bad. I mean, it had Danny Trejo in it, so what more do you need?

In the end we settled for Ex Machina. I was expecting a bit more of a plot twist about who was an AI robot, but I wasn't disappointed. I didn't know where it was going, and that's a good thing in my books. Much of it was shot in a hotel in Norway, and while it's beautiful, I think I'd be a bit creeped out staying there. Maybe it was dressed up, or down for the movie and looks quite different in real life.

Slept like a rock, and missed the first part of #coffeechat. We had found this great coffee that I was going to share. 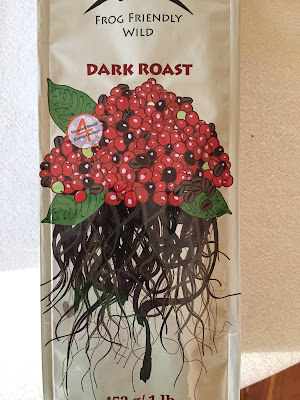 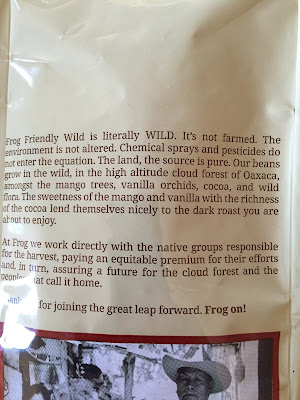 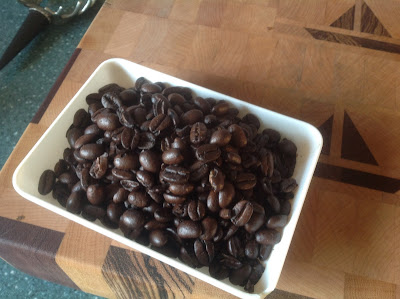 The coffee has a reddish tint, lots of big coffee taste without any bitterness. I'll be buying it again.

We ordered lots of wine kits last fall. I'm just making the last of them now, and was trying to figure out storage. I didn't have enough racks, and couldn't get more of what we had. The racks that fit into the Ivar aren't made anymore. They were replaced with a lighter gauge of metal wire that is designed to be supported by a shelf. It's much more expensive, and much less efficient.

Then we were told of the Omar wine shelf. Checked it out and Yay! I assembled it this afternoon. The unboxing. 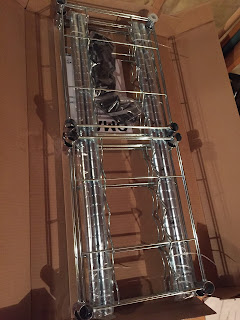 This is the hardest part of the instructions. It took me a long time to see the difference in the two sketches, and I used to be so good at those 'spot the 12 differences in the drawings' things. Once I figured that out, and that the two pieces form a cone that snug into the grooves on the rod and support the actual shelf, I was good to go. 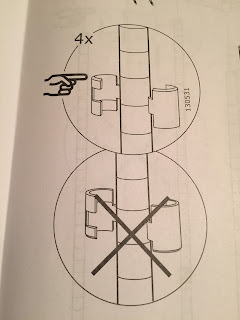 Here's the first one. It's quite sturdy, and if they sold the rack itself as a separate item like Ivar shelves, I'd buy several more. There's lots of space between the racks. Instead of 6, I think I could get 8 in a section. 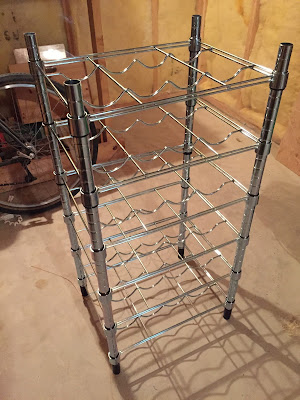 Here's all of them tucked into the corner. 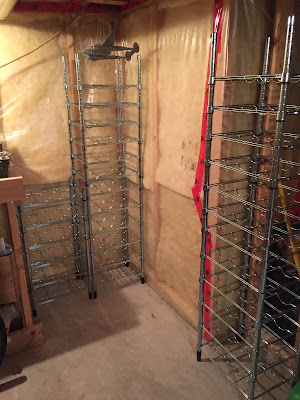 You didn't think I'd waste time loading it up, did you? 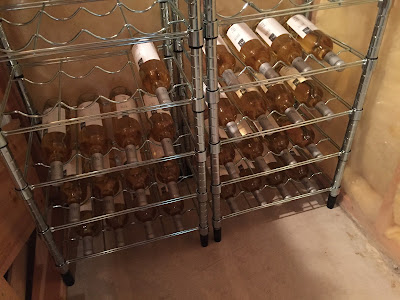 Summer is the time for BBQ bison burgers. Stop me if I've said this before, but so yummy! No workouts today. I'd say I'm feeling lazy, but I got lots done today. Any time now I'll tackle the business tax paperwork. Yes, any time. Real soon now. Any moment.