This could almost be the title for a Hardy Boy's novel, couldn't it? Except I guess they were too clean cut for wine.

There was the white that wouldn't clear a little while ago. That was bad enough, but the Meglioli Primitivo is even worse. By far. Once I finish the Malbo, I'm never ever doing another Meglioli kit. Ever. I'll do Ironman again first. Maybe two of them.

Trying to get the wine out of the primary into the carboy broke the little tiny valve in my siphon. Both siphons. I ended up pouring it through a funnel.

Then today I was trying to rack it to another carboy so I could stabalize it. Two siphons, again. The sludge was so thick it wouldn't siphon. Linda had to hold the colander over the primary while I poured. Then I had to get the sludge (and trust me, I know sludge when I see it.) out and the carboy and primary clean again. There were some side adventures along the way. There might have been some cursing. Lots of cursing.

I took out my feelings by stirring the wine HARD! With the drill on full speed hard. I degassed it to within an inch of it's life. Even more, I was smart enough to recognize I was in the place where if something can go wrong, it will. I put the full carboy in the sink before I stirred it. There was lots of foam but it didn't overflow. But, had I not put it in the sink, there would have been foam everywhere.

The day started really well. We met some family at the Blue Star Diner in Bridgeland and had a wonderful breakfast. Then the great Iris excavation project. One of my work buddies is giving away Irises, so we helped ourselves to two big trays. Most of these are going into the new flower boxes beside the house. If you missed the last couple days, there are photos of the new boxes here or here. 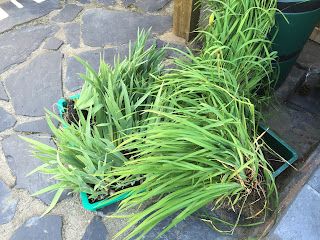 More when the planting is done. In other garden news the orange, red, and white lilies are in full bloom. Such lovely colours. 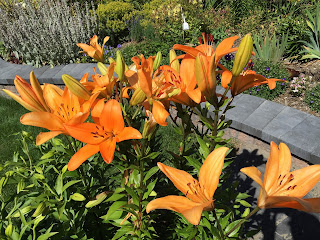 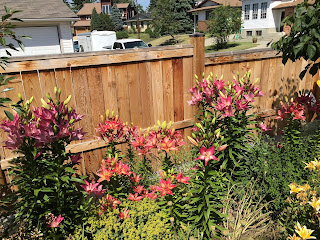 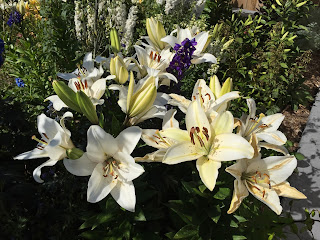 And blackberries! These are amazingly good. 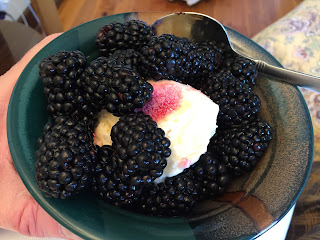 The best political joke so far is attributed to Theodore Roosevelt. "When calling the roll call in the Senate, the Senators do not know if they should answer present, or not guilty."

So applicable today, in the Canadian Senate. For the party that was supposed to bring honesty and transparency to politics, the Conservative senators appointed by Harper might have the toughest time with the question.