Here's some skyline from a new place, while I was waiting for a moon shot. 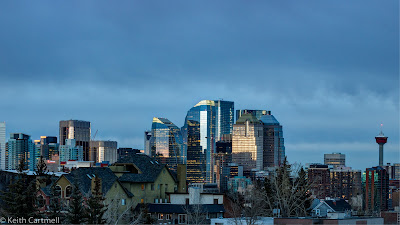 Let's see. Here's the most recent batch of books. 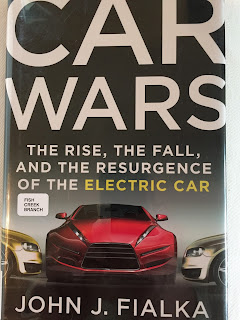 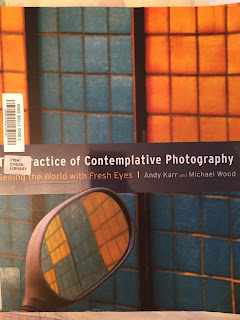 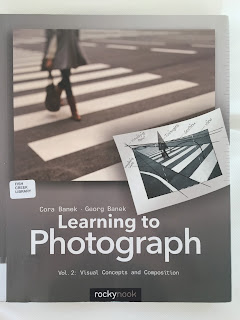 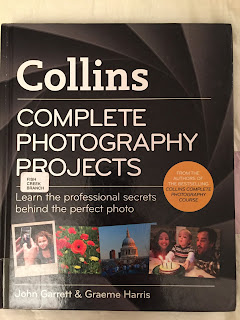 The car one started kind of interesting, then got pedantic. I stopped reading about half way through. It's like a techno-geek history of electric cars. I was hoping it was more about the sociology of electric cars gradually replacing gasoline cars.

It's sort of a chicken and egg thing, what comes first, the charging stations or the electric cars? Because some people can't decide they say it shouldn't be done. Hint, we went through that with gasoline.

Related is self-driving cars. They're coming too, in spite of lawyers wanting to try all the possible error cases before the cars are in general use. I say, lets see what errors happen, and figure it out then. It's clear that under almost all circumstances the self-driving car is a much better driver than a human.

The photo books were interesting and gave me some ideas, but none of them were really what I was looking for. Like so many things, it's hard for me to define, but I'll know it when I see it. This is why I love libraries. I did like browsing through the many photos, thinking about what worked and why.

I've been thinking about winter photography. The skyline works any season, so I'll probably chase some of those. But our flowers are pretty well done now till spring. Not many races now, and even those aren't likely to have a buddy of mine that wants good photos. Landscapes should be interesting, especially if I use my snowshoes to get off the beaten track a bit. I do have one indoor winter project in mind, but first I'll have to make a light box. Stay tuned.

Two swims, one clunky, one good. Water ran with one of them, did some really mindful stroke drill with the other. Hot tub was awesome.

Nice run this morning, just before the snow started. 5K, 34 minutes. It was never smooth, but not as clunky as some runs. I haven't been on the bike much, hoping for tomorrow.