There is, or was, an infamous painting hanging in the National Gallery called Voice of Fire. It's three vertical stripes of paint, 2 blue, one red, and somehow it is simultaneously something that could have been painted by a grade one art class student, and the taxpayers were hosed to the tune of $1.8 million. Lots of days I don't understand art.

Then there is a photo by the famous Neil Zeller that is 3 horizontal stripes of a sort of magenta, then orange fading back into magenta, and blue. It's stunning, and clearly illustrates some composition rules for photographs. It will probably be on display during his exhibit at Village Brewery Dec 7th.

I was actually thinking of that when I took this photo. Really. It isn't quite thirds, but the idea is there. 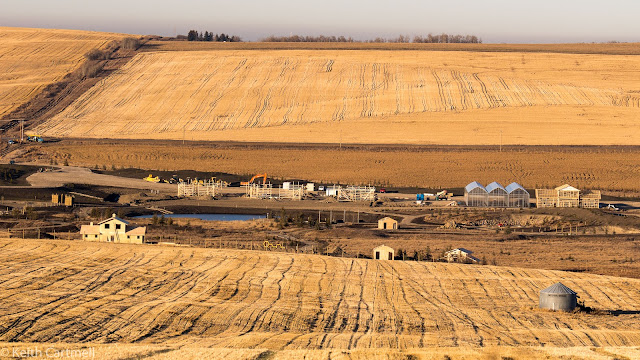