From Fish Creek and swim metrics

This sunset might look familiar; it was shot a few minutes after that nice photo of a lonely tree in Fish Creek. The other two shots are slightly earlier in the day. 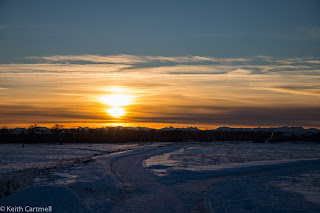 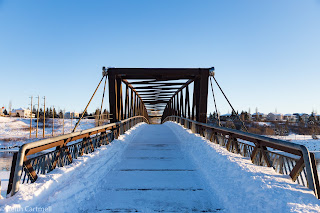 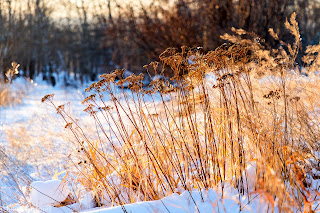 Swim stuff now. If you aren't a swimmer, or a swimmer wannabe, you can stop reading now.

I'm back in the pool on a regular basis now, though I'm still not as strong as I'd like to be. My shoulders have been cranky (along with lots of other body parts) so I haven't been putting in the pool distance lately.

Still, while coaching Michelle, it makes me think of the various techniques and time, which is good for me. Time is important when swimming laps and trying to improve. You need to know to the second if you're swimming faster or slower. Then you can think about what you're doing right, or wrong.

My best times recently for 50 m is 39 seconds, and for 100 m is 91 seconds, both short course. (25 m pool length, long course is 50 m, and yes it makes a difference.) I'm getting Michelle to keep closer track of her times as well. She got a surprise about that last swim, nearly equaling her previously best 50 m time that involved gasping for air and feeling a little queasy at the end. She hadn't known I was timing her, and was trying to swim clean. She got back to the wall not breathing hard at all, and could have gone on for a little bit anyways.

Another metric is called your golf score. Swim a timed all out 50 m, and count every stroke, then add them together. A smaller number is better. My best is 77 (40 seconds plus 37 strokes) short course. Today I tried it long course and ended up with 81 (39 seconds, 42 strokes).

The point to tracking these numbers is like tracking your weight. The clock and the scale do not lie. If the clock says you're faster, you are, regardless how you feel about it. The more you time every lap, the closer you'll be able to know how you're doing even before looking at the clock.

I try to swim so I can see the clock after every flip turn, and that's how I keep track of laps. Flip turns, there's another thing. Most people that do flip turns take a long time, so long that I can do an open turn faster. There's a knack to both, and each takes core. I'm sure if I worked on my core I could get faster yet.

The difference between short and long course is that almost everyone is slower long course. Why? Because the fastest you go in the water comes after a strong streamlined push off. There are twice as many turns in short course, so you spend that much more time going faster. Long course is really good for getting in the groove and feeling your stroke, especially keeping your elbows high, and working on your catch. (Hint hint.)

Two other related metrics that are easy to confuse. Strokes per length, and strokes per minute. There are no hard and fast rules about how many strokes for either. It depends on your wingspan, your musculature, your flexibility, your swim technique, your cardio fitness, and how far this particular swim is. It's more important that your stroke be rhythmical, and in the sweet spot for your body today, than any particular speed.

The trick is to have several strokes in your quiver so you can pull them out as needed. Yes, the stroke for a 50 m race is different than a 1500 m recovery swim. Generally, fewer strokes per length is better, but not to the point you're going at kick only speed. That's where the golf score comes in.

At first you usually do a slow stroke rate to give you more time to feel the water and to think about coordinating your roll with your pull. Then you can do it faster.

I'm trying to get into the pool 3 times a week for now. I've talked about consistency, and it's really important in swimming. The water feel is so elusive. There's a story of a famous piano player who practiced every day. When asked why so much practice, he replied that if he skipped a day he could hear the difference. If he skipped two days the critics could hear it. And three days, the audience would hear it and they wouldn't want to listen any more. That's why the swim kids are in the pool so much, swimming so far it makes me ache to think of it. Us adults that don't want to swim in the olympics, or even in Kona don't need to swim that much, but probably should swim more than we do.