Fish Creek reflections in search of a tree

After finding the tree I wandered back towards bridge 3 trying to take paths I've not seen before. I found a few reflection shots in the river, which was a bit of a surprise given the flat light. 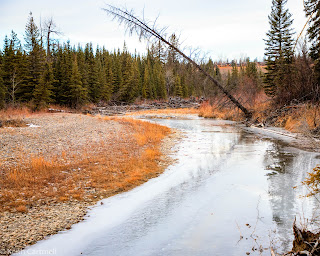 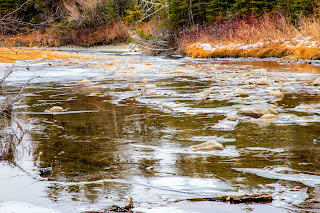 No bridge shots though I saw bridges 3, 4, and 5. Some of you appear to have missed out on the weekend bridge shots, one of which is a leading contender for image of the month at the moment.

Today was retirement stuff, thinking about money, and taxes. This will be an ongoing feature, to keep our money working for us and not the government.

It was also another step in upgrading the house lighting. I've stuck in a couple of LED bulbs in the basement to see what I think. Now we've started to convert the halogen pot lights to LED. Today was replacing a florescent fixture in the basement. It was cheaper to buy a whole new fixture than replace a ballast. Retirement fun!

Some of the upcoming features that you will want to watch for, and possibly provide input.

Also in January I do an Ask Me Anything feature. You ask the question, I'll do an answer, and fair warning, it might be more than you expect.