Even with snowshoes on I went through the ice once.

I've been feeling the need to start moving a little more than I have been. Food, Christmas, you know. I figured snowshoeing would burn lots of energy. The difficult part was deciding where. I ended up in Fish Creek at the bottom of Elbow Drive. I hadn't been there in a while, and there's some nice scenery. I explored a bit of a wooded area I've not been in before, then tramped along the river. There was about 20 to 30 cm of snow, with lots of rocks hidden under it. I probably could have got by with just boots, but using the snowshoes gave me much more traction and stability.

This is bridge 7, seen from just above the garish storm water outfall duct. 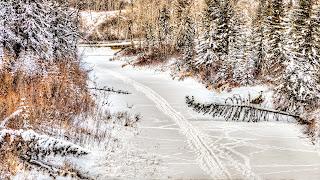 That outfall duct is probably the most garish, ugly thing in all of Fish Creek. Even the actual wastewater treatment plant is more discreet. 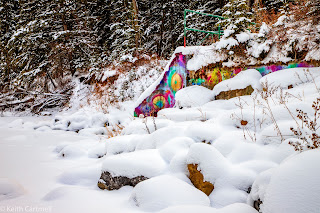 I spent quite a bit of time trying to catch a bit of sun on the open water. Just downstream of here is where one foot went through the ice, much to my surprise. Only ankle deep, so no big deal, though that snowshoe and boot soon got much heavier. 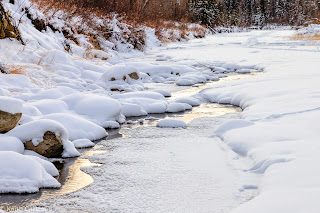 Another bench with a nice view. 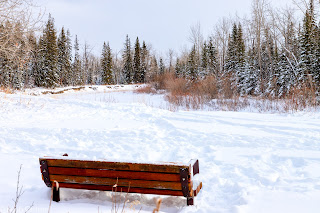 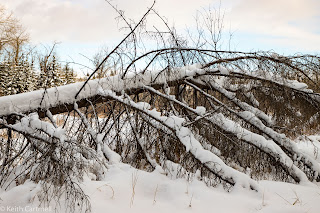 Gee, I wonder why nobody has used this for a picnic lately? 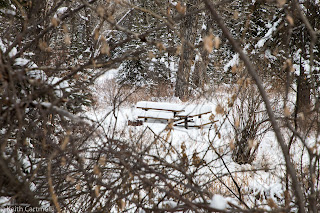