After a great lunch with a buddy yesterday I went scouting. I knew from looking at The Photographers Ephemeris that there was a likely looking spot for shooting moonrise over downtown. Of course, what appears on the map isn't always what appears in reality. Best to check it out first rather than get a rude surprise on the big day.

It turns out to be a good spot. Yay! I took some photos, but the haze was so bad I could barely see downtown in any detail. Trying to clean them up just turned everything blue. I won't be sharing those, but maybe next full moon...

Along the way I found this great car. I think it's a Model T. 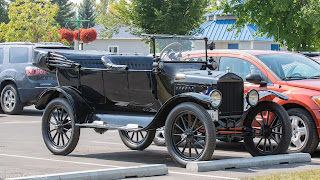 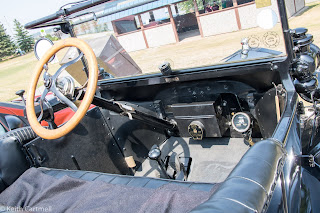 In a tie in to yesterday's blog, imagine driving any distance in that during a Canadian winter.

I tried for some arty shots of sailboats in Glenmore reservoir but that didn't work out.

There weren't many photographers at Global Fest on Tuesday, nor many people at all. We are used to going on the final night, and the place is full. This year we bought the pass for each night. It was sort of weird to see it so empty. I'm not sure I'll bring my camera to any of the nights. I'd rather enjoy the fireworks for themselves, rather than be fussing with a camera.

More lilies are opening up. 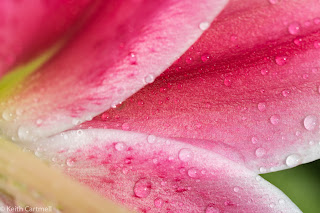 And something else coming soon. Linda told me what these are, but that was yesterday and I don't remember. 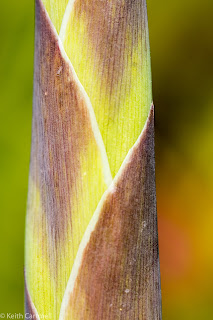