Or 9 inches of snow since late Monday night, or about 40 hours. See for yourself. The first one was taken last night. 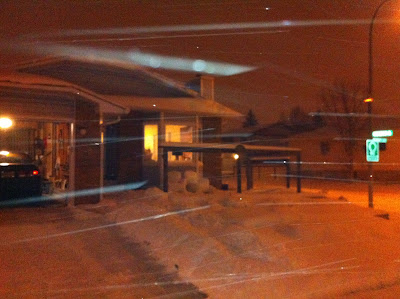 This one was taken late afternoon today from what I think was the same spot. 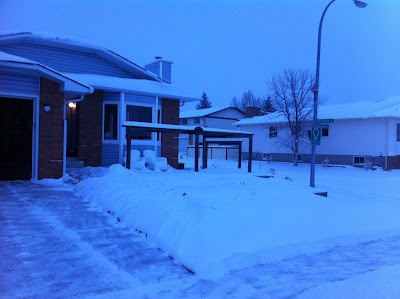 This one was taken at the same time. I just picked a random spot on the lawn, one where I hadn't shoveled anything, and where there was no particular drifting. 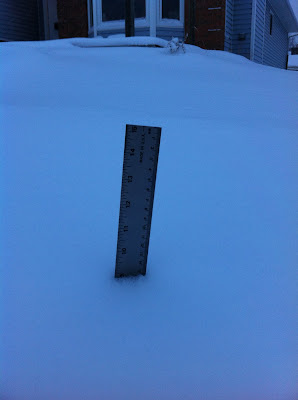 Not sure how I got that light. I did nothing, just straight from the iphone, into iphoto, and into the blog.

Swam this morning, 1 hr in total. Swam 30 minutes as warmup then steady. After that I did some drill, some kick, and what started as form review but turned into a bit of a race with the girl in the next lane. I'd not seen her before and had to work to keep up with her. A couple of floaties jumped into her lane so she moved over into mine as I finished up, and we ended up chatting a bit. Turns out we both did IMC and know a bunch of the same people. Nice to meet you!