No workout today. At least not so far. Maybe later. Thing is, I feel like going to bed now. So here's some other stuff.

The following is two things actually. One sees bizarre stuff during the festive season. This map shows the gas bar for our local Co-op. The blue circle show shows where cars line up and turn right to go south. The red line and arrow shows where a guy in a big-ass pickup barreled past us, going out the in lane, headed straight across 3 lanes, up and over the curb for the median, and accelerates hard going north. Idiot.

The markup was done in an iPad app called Skitch. It takes a photo, a map, a screen shot, and gives you a bunch of tools to mark it up, and you can save it a couple of ways depending on what you want to do with it. It's lots of fun to play with. 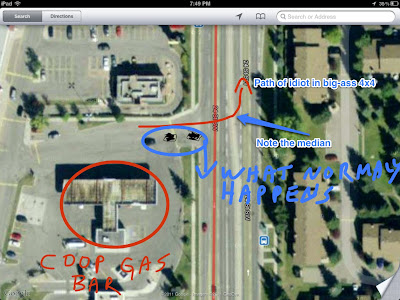 I walk through City Hall on the days Linda goes to work. You never know what's going to be there. It's the 100th anniversary of Calgary Parks and Recreation this year. This sculpture is a bunch of hockey sticks screwed together in a rough J shape. I also took video of it and will post that if there is a demand for it. 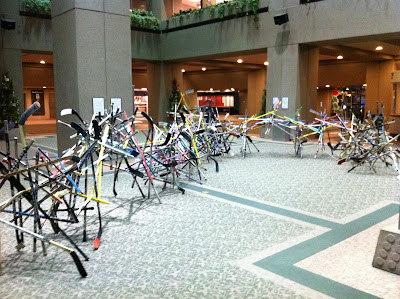 Just on the other side of a pillar is this sculpture that I think is really neat. It's from a Sistership Calgary Dragon Boating association, representing a symbol of teamwork, exercise, and survival to commemorate anyone who has been diagnosed with breast cancer. 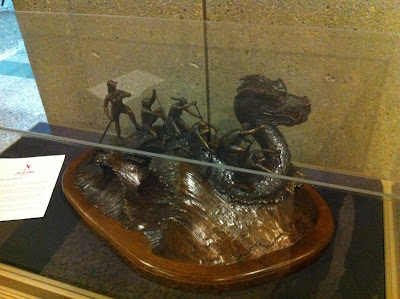 Here's my latest read. I grew up reading Sherlock Holmes, and loved it. This is like a visit back to a beloved place. It's not quite the same, but it's pretty darned close. The story is told by Watson, in a style very similar to Conan Doyle's, with the theory being that Watson really wrote it and had it hidden for 100 years because it was "to monstrous to appear in print". Many of the characters show up, Mrs. Hudson, Mycroft, Lestrade, the Irregulars, one old "friend" in an unexpected role, and some new ones as well.

It's a fair mystery, in that if you've paid attention you'll be able to solve it before the end. And really there are two mysteries, so you get two tries. The atmosphere is pitch perfect. I really enjoyed it. If you like Holmes you'll like this. It's a fair addition to the canon. 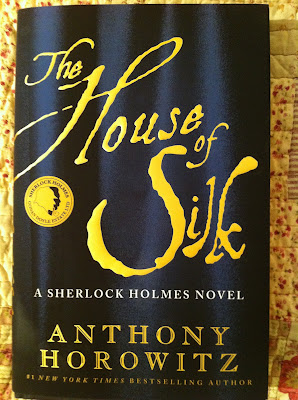