I feel much cleaner now

First was a nice 6:30 am dip in Talisman pool. Wondering what's going on because there was lots of cars in the parking lot. 1.5 K in 29 minutes nice and easy and relaxed. Puttered around a bit with some dolphin kick and had to work out a hamstring cramp. Once that was gone I did some pull and kick and a bit of drill. Finished up with some water yoga and stretching. My low back was really tight at the end of the 1.5 K. Out of the water after just over an hour.

The hot tub is fairly nice, but not as good as Renfew. Still, it was nice to relax in it for a little bit. From there I wandered up to see what was going on. There were some swim clubs in the pool, with the coaches yelling at their kids. But the main activity was synchronized swimming qualifiers. The girls would do a particular figure, and the judges would hold up their scorecards.

I'm always a bit suspicious of judged events like this, but the judges seemed to be fairly consistent. I got to chatting with one of the parents, and was astonished to discover this was an expensive sport. I knew pool fees wouldn't be cheap, but hadn't known that it's paid coaches, not volunteers. Myself, I'd choke on a $300 swimsuit.

When I started watching they were about half way through a group doing a set of individual figures. After they were done there was a bit of a break, then another group of girls moved into the pool. Some of them were doing some laps to warm up, and I'm afraid I laughed. They are graceful and athletic doing the synchro figures, but most couldn't swim worth beans.

Once home I puttered about. Today was the day for tackling the paperwork infesting my storage unit drawers. My way of dealing with paper that comes in the mail is to stuff it in a drawer. When the drawer is full and it's January, I sort things out.

There are 4 piles. Things to shred. Things to recycle. Things for storage downstairs. And lastly, things that are more or less permanent reference, or something I might need soon.

I shred everything that has my name or address on it that I don't need to keep anymore. Line of Credit statements that show a credit of 14 cents. Old receipts. Old phone lists. Work job reviews from 2004. Stuff. I shredded two full containers worth. Here's the pre shredded pile. 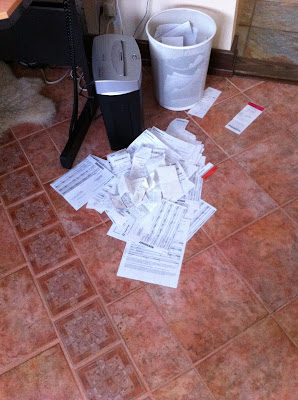 There was lots to recycle. And some stuff to go back into the drawer. Like a bike fit and lactate threshold test done in 2009 that shows my wattage to be (hangs head) 163. Clearly I've improved since then, as long as both tests are calibrated to anything close to the same standard and are comparable.

One of the other things I found was this. Why? 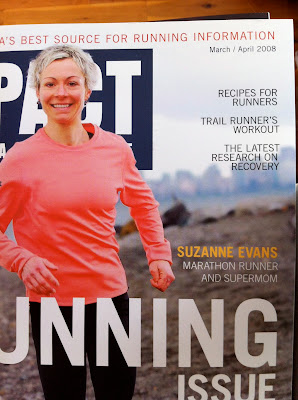 This. Here, for all those that wanted it, is the secret recipe for my energy drink that I use for longer rides. Of course, I make it slightly different. 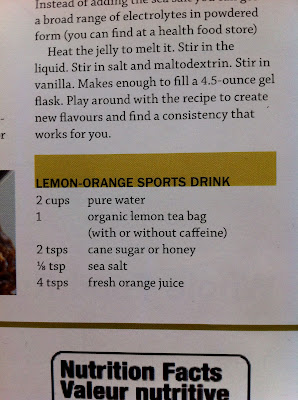 If I were one of those Shit Triathletes say guys (Julie's is the funniest) I'd be only using reverse osmosis water, fair trade organic tea picked in the early morning before the heat of the day, organic honey where the bees are part of a registered trade union, sea salt that was harvested with no dolphins or shark fins damaged, and non pesticide orange juice. Sometimes, just to mix things up, I'll toss in a Nuun, the Wildberry goes better than the other fruity flavors. Not that we have much choice up here.

Recycle is everything anonymous I don't need. There was lots.

Stuff I need to keep is mostly things like bank and investment statements. It turns out there was 3 years worth of stuff, so I put it all into one pile. From here it goes into a white plastic bag, and downstairs into a big storage tub downstairs. I have periodically had to go through these bags to find a particular piece of paper, so it's worth doing. I'm considering a system where all receipts go into one place, in date order. There are times one needs old receipts, for warranty claims mainly. That's why I like Apple and emailing a receipt. It turns out they store it in their own database, so even if you lose it, they'll still know. If I was really organized I'd just take a photo of this stuff. 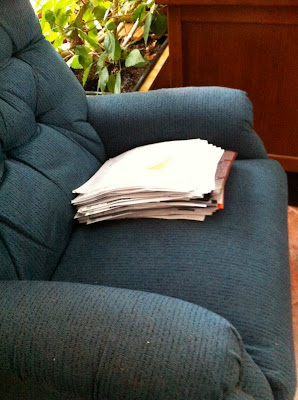 While I've been writing this I'm also importing more CD's into iTunes. It turns out song 5000 is Since the Last Goodbye, on Ammonia Avenue by Alan Parsons Project. The wine is Sagiovese. The meat is the last of the roast lamb on a nice onion bun, with double smoked cheddar cheese. Salty chocolate caramel tart for desert.

I've had a couple comments not show up, and I don't understand why. No links to put them in the pending file, they aren't spam and don't show up there, one shows up in the iPhone mobile view. I will have to post them manually I guess.