Reflections on a so-called career, part 3

Meetings are the bane of working life. I hate them. Almost all are a waste of time. It will start late because someone isn't there, or they need to figure out the technology for a call in. No matter how long it's scheduled for, it will take all that time and accomplish nothing. Some idiot will monopolize the conversation setting the stage, telling the participants what they already know.

Ask for an agenda and decline, if possible. Say that you don't think you can contribute, or that you're hard at it on something that is important to your boss and ask if you can email in your contribution. It will take far less time to read the notes than to suffer through the babble. The only exception is if the person running the meeting is really good at it, and can keep the meeting on topic and end on time.

Make a game of saying the absolute minimum number of words yourself. In this sort of rigged game, you win if you can say nothing. Stay head down, make it look like you are taking notes, but work on something important, like one of your actual deliverables. Leave when the meeting time is over. Just get up and leave, even if some fool is still babbling about one last thing. Don't be that babbling person. Everyone hates them.

One way to avoid meetings is to figure out when you do your best work, and book that time as busy. People wanting to schedule a meeting will typically be looking for the mutually common free space. Don't be greedy about it; you won't get away with booking all morning every morning as busy. If they try to schedule a meeting during your time, make them beg for it, make them owe you the favour. Unless they are a big enough boss that the answer is, yes sir three bags full.

Email is another bane of working life. It will eat yours if you let it. I once had a boss who had more than 5000 unread emails in his inbox. With him, we learned how many characters were displayed on his mobile screen summary, and never wrote anything longer than that because we knew he wouldn't scroll. I don't remember the number, but it was about the length of a tweet.

I typically used my inbox as the 'action needed' file. It usually had fewer than a dozen read emails in it, much to the astonishment of my colleagues. How? Be ruthless and aggressive about managing it. Either you manage it, or it will own you.

When I got in in the morning, I'd check email. Since I was on top of it there wasn't usually much. I would read, oldest to newest, looking for something that would bump whatever work I had planned that day. (You DO plan what you are going to work on, right?) I'd ask myself for each, "does this drive me to do something and do they have the stroke to ask me to do it?" If not, I'd move it to a file. I didn't care how much file space it took on the server, that wasn't my problem. I'd do a quick assessment of what was required to clear that item out of my inbox, and compare that to whatever I had planned.

I'd either decide to do one, some, or all of the inbox items, or carry on with planned work. Any new emails during this time would be ignored. I'd do what it took to clear the emails, maybe it's writing a SQL query and sending someone a spreadsheet, or reading meeting notes and responding that I had done so, or if it was a big task, responding with a proposed delivery date. I'd check my calendar for meetings (gah!) and write time, place, topic in my notebook. Then I'd turn off the email.

Yes, I know that sounds like heresy. I'd turn it off and focus on something I wanted to get done. If possible I'd go to 10 or 11 o'clock and turn on email again to repeat the above process. Check again midafternoon. I had a planned time to leave the office, and I made it pretty clear that unless there was a big problem, I was leaving. So the last email check was simply a look to see if there was something that was hair on fire urgent from someone important. A simple request, even what looked like a easy 5 minute thing was deferred till the next day. It's those kind of things that go all pear-shaped when you're trying to do it under time pressure. Constantly checking your email every time it chimes kills your productivity. If they want something now, make them come to you and knock on your office door. Most are too lazy, and will send the email. Deal with it on your terms.

I never deleted an email. All my sent ones were automatically filed. I'd learn how to find things using search, and in fact often wrote emails with the idea I'd have to search for them later. Keywords are your friend. If someone sent a request asking for something I'd sent them, I'd be a jerk and resend the original email. Yes, I know it's a hostile act implying illiteracy or incompetence. Do it anyway.

One boss came and asked me to explain a complex spreadsheet. (Complex even by my standards, such that it took longer to write the explanatory email than to generate the data on many tabs.) I opened the email on one screen, opened the spreadsheet on another, and proceeded to read the email to him, pointing at tabs and data on the xl. He clearly got the message I didn't think much of his literacy skills, especially when the answer to his first question was the next sentence.

He was a bit of a special case. He liked to rearrange people's spreadsheets and come back to ask about problems. Sort of like a guy adding up numbers and jumping on a trivial rounding thing as an example of a big problem. I told him I wasn't interested in his data manipulation that might have corrupted it. I took him into a SQL table that was my original xl, and then showed him the actual SQL, and said I'd explain that to him clause by clause so he would understand my data. He left, and never played with one of my spreadsheets again.

Continued in Part 4.
Would you believe I just asked Curtis to attend a meeting? 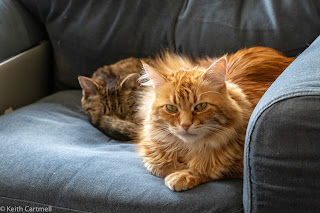 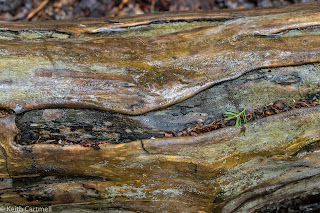