I am working on all that, and posted 13 of the image of the year finalists onto Neil's workshop page, where some of you have seen them already, so I need not repeat myself. If you haven't seen them, hang tough, they are coming soon in (surprise) image of the year in early January.

Habit is an amazing thing, for good or bad. Blog essentially daily for almost a year and a half, and it's a habit. I suppose there are worse ones to have. I twitched about not blogging yesterday. I nearly did, by accident while working on the previously mentioned drafts.

I don't make New Year's Resolutions, but it is a good time, a good marker to start working on new habits. So rather than resolve to lose weight, make it a habit to go for a walk every day. Not too far or too fast at first. But every day, preferably outside. (If you work downtown, and it's minus WTF, a brisk walk through the +15 counts. Or laps inside a big mall is fine.) Find the time. I am not talking a 6 hour hike. I'm talking 30 to 60 minutes, less to start. Cut out the worst TV show from your TV habit to make the time.

Eat the same, or better yet create the daily habit of adding one piece of fruit to your diet and subtracting one sweet thing. Just start doing it. Apples are awesome and convenient to take to work. Drop the store bought cookie/muffin/doughnut/pastry/whatever that is a congealed chemical stew of preservatives. At the end of the year you will be thinner. Not necessarily lighter, as some women getting into triathlon have learned to their initial dismay, but thinner and stronger.

Get into the habit of not spending money on cheap shit made by slave labour in China to make yourself feel better. You won't. Put that money into your TFSA, and when you top out on that start on your RSP. (Under most conditions, for most people, there are exceptions, consult your independent financial advisor ((and not the effing big bank flack that shills for their overpriced and under returning financial 'products' that are as good for you as that preservative laden cookie)) to find out if you are one of those exceptions.) If you ask nice, and convince me you're serious, I'll give you the name of my advisor. She doesn't mind tire kickers, particularly, especially if they ask good questions along the way, but I'm not going to send her someone unready to take advantage of her expertise.

The downside is that a lifetime of asking yourself, "Do I want to afford this?" and usually saying no) is that it becomes difficult to actually take money out of the RSP when the time comes. You over think buying small luxuries that you can easily afford.

So now I'm going to try to break the habit of blogging every day, rain or shine, and blog somewhat less often, when I have something to say, or a compelling photo to share. Like this one. I was trying to capture exactly how the sun was reflecting off his fur. 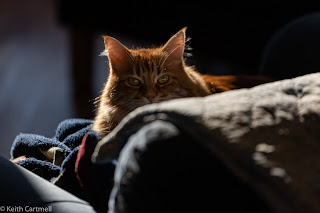 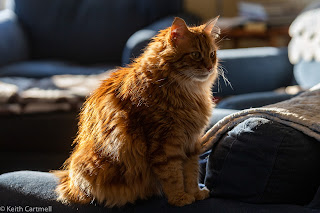 Plus a sneak peek at one of my upcoming projects. This is an experiment. No, that's not a mirror image. 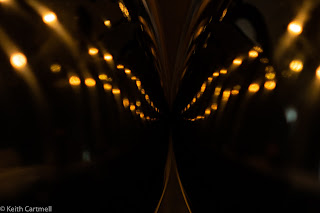 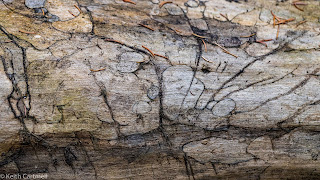