Reflections on a so-called career, part 1

This got long. Get a coffee, or wine, or your favourite tipple. There is a bit of rantiness, and definitely some political incorrectness. In fact it got so long that I broke it up into shorter chunks.  This is part 1 of what is currently a 5 part series. They might be posted over consecutive days, or they might not. They will be linked together as each new part gets published.

It occurred to me that after spending about 40 years thinking about work, looking for it when I didn't have it, sometimes bored with it when I did, and now not caring much about it, I'm in a position to look back on the whole experience and babble. Maybe this is senility setting in, but maybe I'll save some kid a horrific career experience. Maybe I'll cure some delusional mid-career worker bee.

I was never fussed about a job title, and you shouldn't be either. The title means nothing. At one company, there were more people with "vice president" in their title than any other single title. Mostly now, titles are a conglomeration of words that mean nothing to those outside the trade, and sometimes even those within it. If some employer offers you a fancy title, or more money, take the money every time.

Titles used to imply status, but that can change. It used to be that airline pilot was a glamorous title. My dad was one during that time, and I suspect my mom might have some comments on that. My brother recently retired from the same profession, and I'm pretty sure it was him that said he was really a bus driver with a bigger rule book, with more things that could go wrong, and potentially catastrophic consequences if they did. Keep in mind that your job title might not mean what you think it means.

I've said this before, but there are only two ways to leave a job. On your terms, your timing, your reasons. Or your employers terms, their timing, and no reason, which I guarantee will suck. The first choice is better, every time. If you go in every day expecting to be told to leave, and all you have to do is put on your jacket, get your lunch from the fridge (they usually do these things in the morning), and maybe a photo of your spouse or kids off your desk, you have the right frame of mind.

The company does not care about you or your family. You are a cog producing work they want, and they can decide any time they don't want that work done, or don't want you doing it if they can find someone cheaper. Being nice to you is buying social license to abuse you in other ways, like paying you less. Keep your eye on the ball of self-interest.

If you must have a job at all, the best time to look for one is when you already have one. I wasn't good at it, but you should always be expanding your network and staying in touch. There's a reason all those "making of" extras on movie disks have the stars gushing about how good it was to work with a particular team. They know they might need to work with them again, or need them to connect up with someone else.

Take your buddies to coffee on a regular basis. Chat about what's going on in their lives, trade your industry gossip, who's working where, who is looking for work, who is looking for people. Then that day when you need the gossip, when you sense the winds are shifting at your current job, it's not asking for a favour or imposing on a buddy. It's more of the same. It ought to go without saying that if you can connect up someone else, do it.

My last couple jobs, I supplied the resume after they made the decision to hire me. That's not the typical experience. The job hiring process sucks for all involved. You put your resume in, and it joins potentially hundreds of other resumes in some poor sod's inbox. Trust me, they do not read every resume, poring over the details. They skim, looking for a reason to reject and move on to the next resume. The first words they see had better relate to what they are looking for, which unfortunately might not be what was in the ad. They'll likely take the first half dozen that meet their criteria and go to the next step. Yours might not even be seen, and you likely aren't going to get told anything about it. One job lead via a personal contact is better than a 1000 random job ad applications, even if you are qualified.

Job reviews are a waste of time. Filler work to keep the HR trolls happy. If you're doing something wrong, you want to get told right away. So be really clear with your boss about your deliverables. What, exactly, are you expected to produce, and by when? Then deliver on time at the very latest, and preferably a bit early. Build a relationship with your boss to get feedback about your work in real time so a quick "Hey, did that spreadsheet make them happy, or do they need more data? Happy to tweak it." in the hallway on the way to a meeting is normal. Finding out there is a minor problem is gold in the keep your job department. Whatever the problem is, you can fix it. Finding out a year later when they're spitting you onto the sidewalk like used chewing gum is much too late. Most of the time, the nice things they say about your work is meaningless. Look at what they pay you, how big of a raise you got, or the bonus. That tells you everything you need to know about what they think of you.

To be continued in Part 2.

This photo has nothing to do with the blog, it's just there because I've looked at it every day for the last little while as I'm pulling up the Deadwood photo of the day. Now it will drop out of that smart folder. 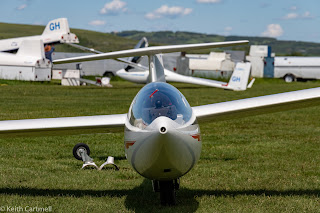 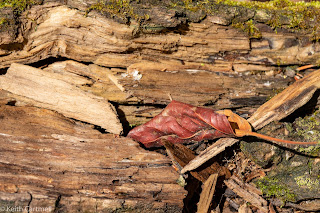