I won't say I've been a recluse this last week, but I haven't gone out much. The weather mostly sucked, and it was nice to stay inside drinking hot drinks, reading, cuddling cats, which has been a bit over the top lately since I think they miss their favourite human, and writing. Just now, as I'm trying to write, I've got both cats on the desk near the coffee, keyboard, and trackpad (in order of importance), curled up on their backs amid the clutter that needs to be tidied. I'd take a photo, but the camera is out of reach, and if I move, they'll move. And they don't even like coffee.

My buddy Sean proposed a walk in the Cross Conservation area yesterday. I've been to the parking lot several times, but never in to take a hike. I was happy to come along. We started at dawn, with an ever so slightly blurry photo of sunrise glinting off downtown buildings.

For those in the know, we followed the Aspen Trail, to the Paradise Trail, and came back on the Fescue Trail on top of the hill. The weather was lovely. The views are stunning. I'll be back. 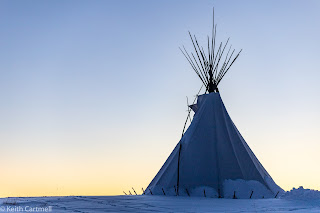 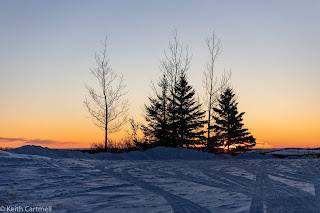 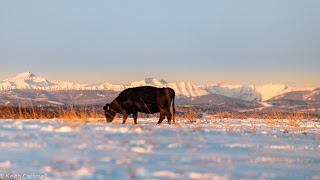 This is a bit of a problem image for you. Your monitor is certainly not wide enough to fully appreciate this. There is lots of detail in the image when you zoom in. Do you have a wide space that needs to be filled with art? Wide, like 10 or 15 feet wide?

I wish I knew the people that owned that house. It's just one of the shots going into that panorama. 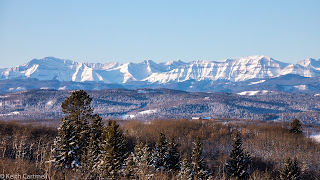 That's the Rothney Observatory. This specific shot isn't one of the panorama shots, but it's taken from the exact same place. 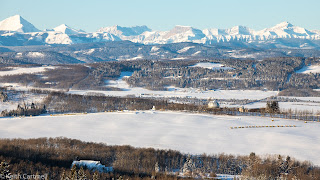 We were both charmed by this snow snake. 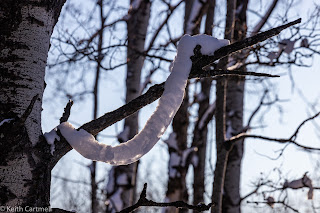 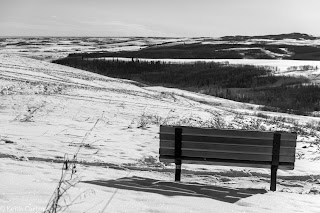 A bit of an inversion over Cowtown. 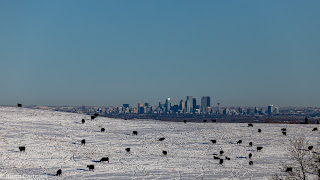 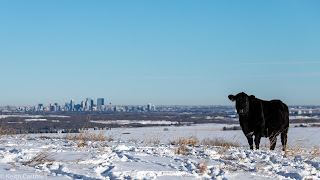 Ending with the last shot of the day, taken into the blinding sun on snow, hoping some of the shadow would still be there. 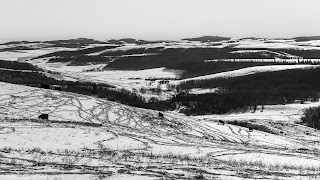 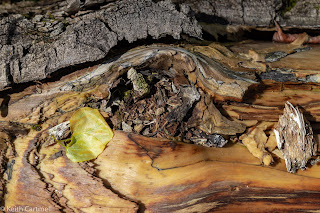