One of the highlights for many people on photo trips is to capture images of wildlife.  I don't have quite a big enough lens to go hunting for those shots, but sometimes I get lucky. A couple of these images have appeared on Facebook or my blog, but I'm losing track. Forgive me. I suppose I should have built a system of file naming so I'd know if I'd published an image or not, but that seems over the top on the geek front.

This little guy had a den in the Sundog Retreat. We saw him several times, but without a camera in hand. He came up to check me out while I was setting up to shoot the aurora. There I am, super wide lens, on the tripod all set up, and there he or she is, within about 6 feet of me. Not aggressive, just curious. I tried a couple shots with the wide lens, then he sat back a bit and I switched lenses. I was so happy with this shot in camera, especially since he or she started trotting off. On screen I see a bit of vegetation obscuring the face. Sigh. The rest of the shots are much worse. 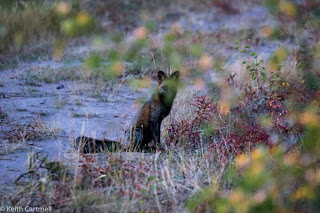 This is the wooden one. I liked the smile. 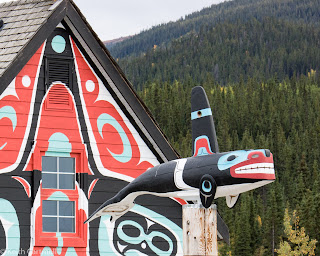 An injured eagle at the wildlife preserve. 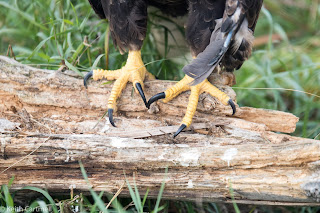 Even though he was on the other side of a sturdy fence, that glare and beak, to say nothing of the claws, were plenty intimidating. 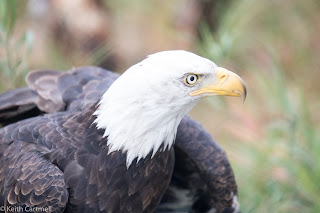 The raven was in the same enclosure as the eagle, but the two were not quite buddies, our guide said. 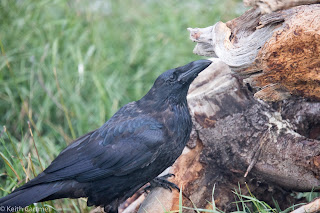 The Lynx were cool. We didn't see them at first, but they showed up when our guide produced the white bucket. She told us to stand over there, because that's where the meat was going. I had somehow envisioned a more elegant solution than throwing it over a tall fence, but I guess that's the Yukon way, go with what works. 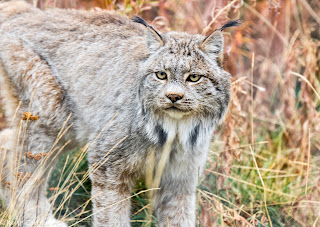 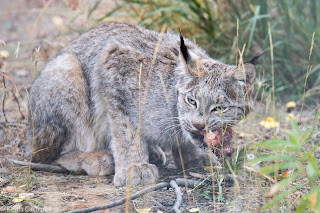 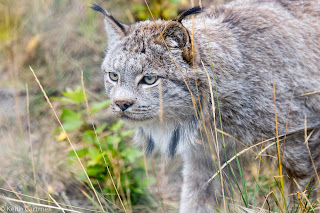 This was along the road to Fish Lake, I think. Everybody else was shooting these 5 big birds in a tree, but I knew I wouldn't get any detail. Then one flew off. 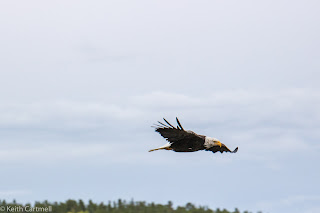 I know I included Mr bear earlier, but some of you may have missed it. We saw it far enough ahead we could stop. Neil was trying to get everyone organized to get a shot without the driver freaking out. It seemed ok with us being quite a ways away. Everybody was all jammed up at the front of the bus getting ready, so I slid the window open. I couldn't get the camera out so I shot slant-wise through the opening. A second later a truck drove by and startled the bear and he vanished into the bush. Everybody was pretty cheesed. 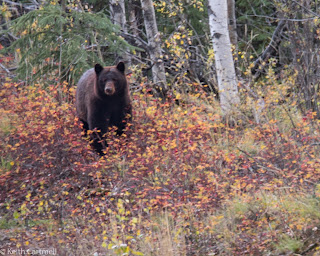 This beaver is the only wildlife we saw in Tombstone. Its a big one, with a huge long dam, a big house, and a big supply of food nearby. If I overheard our guide correctly, beavers had been working on this for many years.We saw a beaver in Bonanza creek, but all I got was his nose. 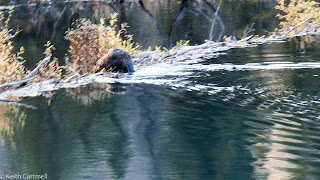 We were all disappointed that we didn't see a moose in the wild. Or get a photo of that wild lynx, that would have made my week.

Email ThisBlogThis!Share to TwitterShare to FacebookShare to Pinterest
Labels: Yukon