Part of traveling is the stuff you see, expected or not. But when you travel with a group part of the experience is the other people. As I've said elsewhere, I don't really think of myself as a people photographer, but I do like to shoot the other people when I'm in a group.

I'd known Katie from a previous workshop, and had just met Dalia briefly at the fireworks workshop. I'd never met Judy, and of course all our driver/guides (Sandra, Alicia, and Tommy) were new to me. I've known Neil for a long time now, before his current gig as a pro photographer started.

We had a really good time together. There was lots to chat about. The group had travelled extensively, held lots of different jobs, had very different photography experience and expectations, so there was lots to talk about. Of course, there was some napping in the van, (mainly me, if truth be told) but there were some other people doing the nod. At least until the next cry of "stop the van!"

Some photos of these people, in whatever order blogger assembles them in. Of course there is some background. I know that just kills you, but hang in there. 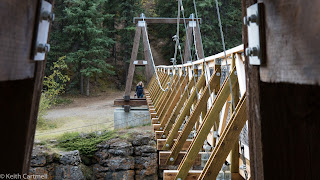 On the road to Carcrosse 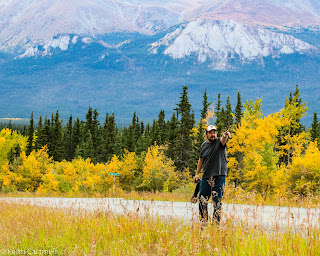 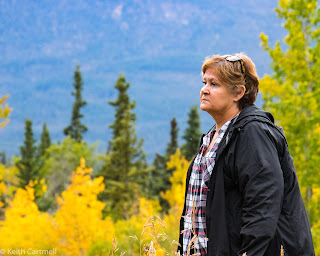 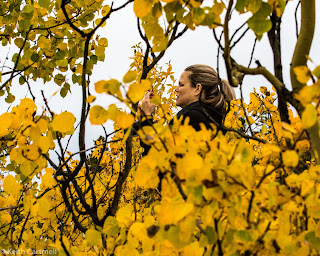 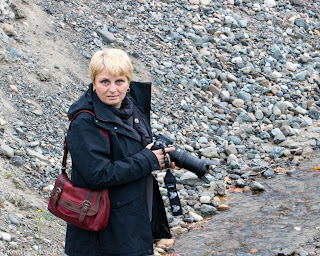 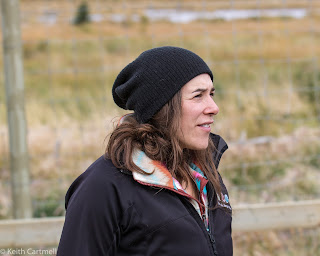 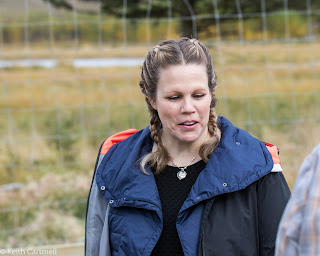 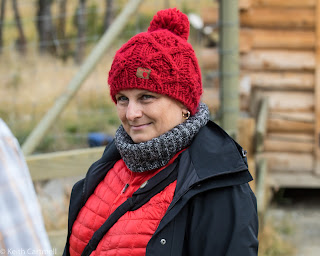 We almost had to physically restrain her. We weren't allowed to touch the animals. Not even just to stroke their soft noses only once, as they poked their noses through the big fence, begging for it. 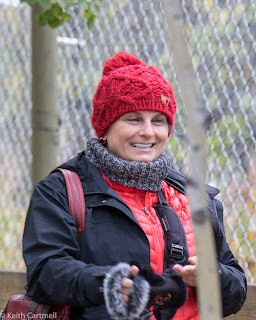 On the road from Whitehorse to Dawson City. 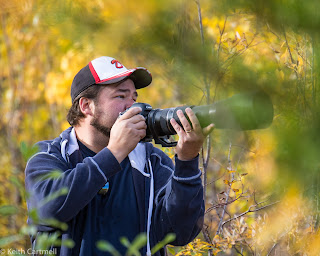 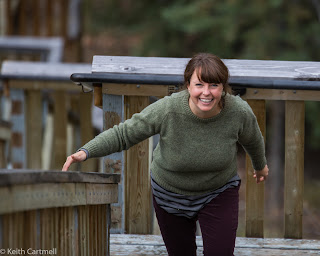 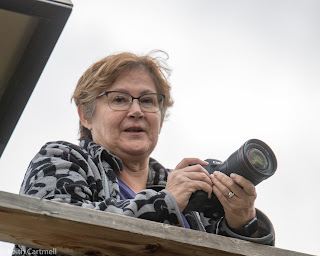 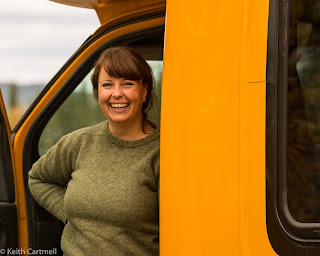 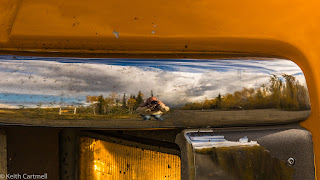 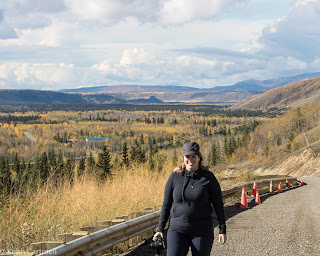 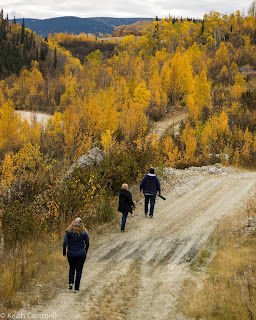 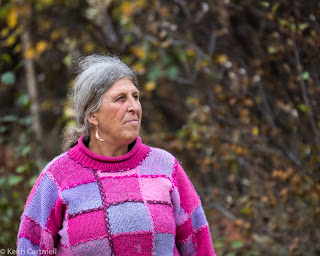 Our guide spotted a beaver. 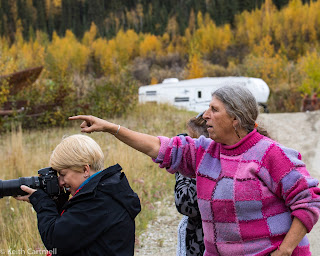 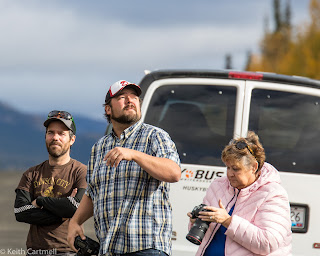 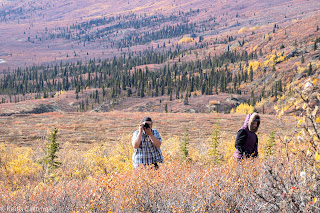 I'm glad he didn't break out his version of 'the hills are alive...' 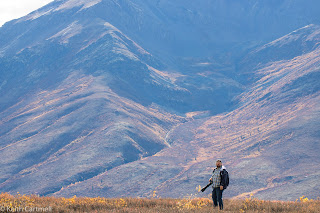 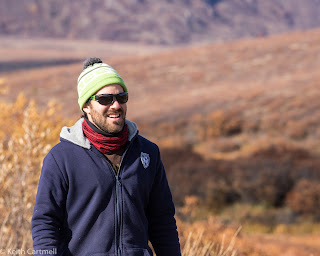 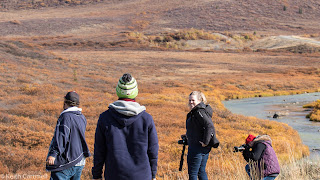 It never would have occurred to me to wrap myself in a sleeping bag, and scramble up to the top of a garbage container to take in the view. But it would be worth it. This is the very north end of the park. 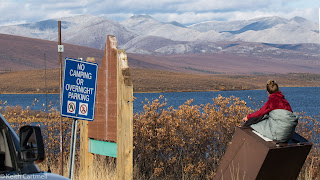 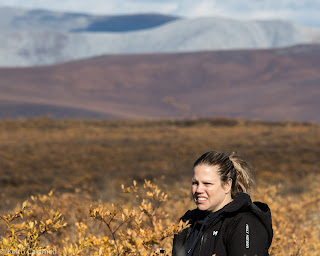 They had spotted some mountain goats or something. 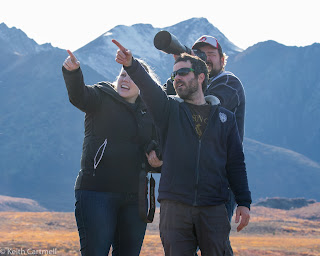 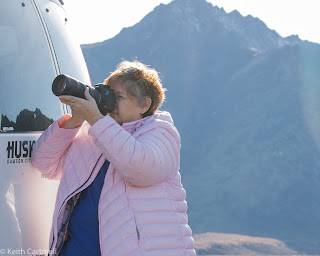