So many garden photos!

One of the items on my weekend to do list was do a photo walk through Fish Creek. Unfortunately there was a cougar sighting in Bebo Grove. This is the closest place for me to park, but sort of central to the whole west end of the park, and near where all the bridges are. I was told in no uncertain terms I was not to run there, and assumed that also applied to a photo walk.

What wasn't on my list, but has happened anyways, is a ton of garden shots. Flowers are blooming and growing. All sorts of stuff is coming up, and I am loving the macro lens. You're probably all sick of flower shots by now, but that's too bad. If not, scroll down.

There is a little half marathon run a month out now. I admit to having some doubts about the whole darned thing. My hamstrings have been cranky for a while now, and don't seem to be getting better in any significant way. Last week was supposed to be a 13 K run, and I bailed at 11. That was the back up, back up plan. According to the original plan, this weekend would have been 18 or 19 K, and looking forward to taper.

I did 5 and barely made it. The last 300 m my left leg was getting very cranky. 5K in 35:40 as an easy run a month out from a half marathon is not promising. If someone wants my bib for the Millarville half, transfers are allowed by their rules. Email me and we'll talk about it. I'm not going to run this one hoping to just finish without further injury.

And how about that sunset light show last night! Wow! Take a look. This is looking north. For a while I was thinking off to the east would be the show, so I'm glad I was looking over my shoulder every now and then. 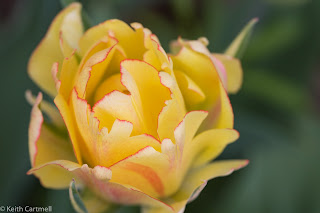 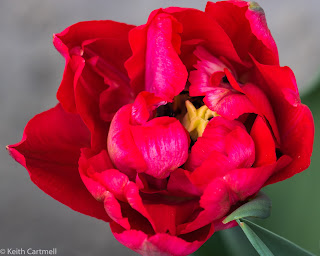 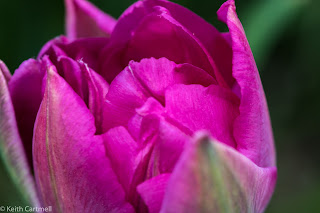 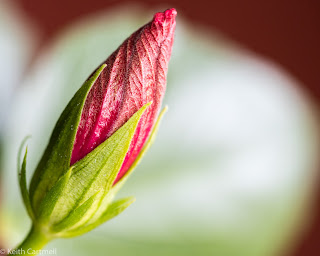