A no-thought, and lots of thought shot

Sometimes there are photos you don't think about. You look, click the shutter and move on, only to have them turn out well, or better than well. Maybe it's the last shot when you're freezing your tail off, or you turn around and see it. Maybe it's just when you're setting up, waiting for the light, and you click off a few shots just to test the settings.

Sometimes you work at it, finding the composition, getting the camera settings just right, trying different angles, working on getting the light right, and eventually you get a photo that works. Or you get tired of playing with it and take what you get.

It sometimes reminds me of the zen cat artist. I'll tell you the story. Once upon a time a wealthy art patron approached an artist and asked for a drawing of a cat. The artist took his fee and asked him to come back later that month. It wasn't done. The artist kept putting off the patron again and again. Eventually the patron demanded the drawing of the cat he had paid for, or the return of his money. The artist reached for his brush and dashed off a drawing. The patron was amazed. It was everything he had hoped for. Every line, every space between the lines, the very paper screamed cat-ness. The patron demanded to know why he had been put off so long when the drawing only took a moment. The artist didn't say anything, just opened the door to the other room, a room filled with hundreds and hundreds of drawings of cats.

Here's a pair of shots. Neither are going to have other photographers dying of envy. Neither is likely to be the photo of the month, but they weren't ignored. One is close, one is far. Both are reasonably well composed, technically ok photos, though they are nearly at the limits of the equipment involved. You might like one or the other or both.

But tell me, which was the just look and shoot, and which one was the fussy play with it shot? 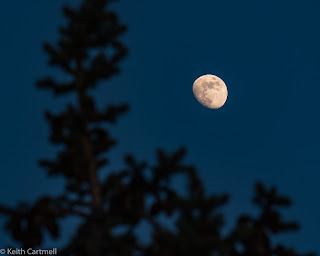 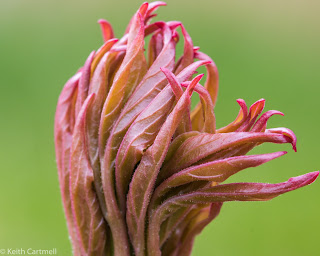