It was going to snow again, and it did yesterday. Like this. OK, so Blogger messed up the photo order and I'm feeling lazy. You get Celina first. Deal with it.

This was between snow flurries. There was some interesting light shining off the roof, but I missed it, so I figured I'd see what else was out there to shoot. And there was Celina watching me. 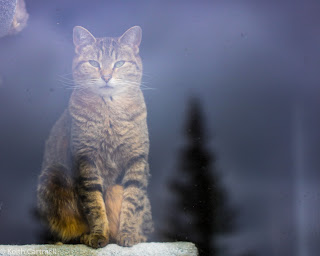 A little later in the day Curtis was trying to lull me into sleeping. He looks awake, but he's not. He was snoring. Unless that itself is an elaborate lure. 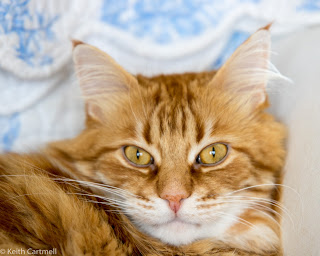 One of the brief snow flurries. 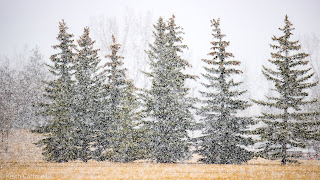 An experiment in a softly lit room, to see if I could get the colour and texture detail in both the curtains and the bedding. 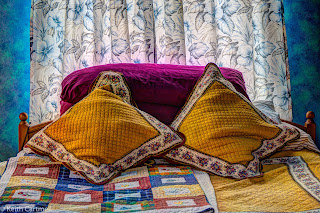