Is anyone really surprised about the United issue? No, really. What other industry treats paying customers so badly? Of course they overbook. Proper data analysis would tell them exactly how much to overbook but I don't think they do that. Cheaper to sell more seats than actually exist. Used to be it was sort of a reverse auction when they wanted somebody off. Eventually somebody will decide the money is worth the delay.

Except they didn't this time. So they brought the cops in and dragged the guy out. I suppose he should  think himself lucky he wasn't shot or tasered. Maybe if he'd been black or Muslim. He's likely been blacklisted and can never fly again without the TSA goons making his life miserable.

It isn't really just the airlines. It's the whole ethos of the idea that the only thing that matters is getting it cheaper. Nobody wants to pay what something costs anymore. To drive down costs airlines have been cutting staff and salaries, stuffing more people into the airplanes, and doing everything in their power to cut costs.

This is what a corporate oligarchy looks like. A few firms split up the market to suit themselves. If you want to fly, you don't have many choices after you run the TSA gauntlet. You want internet or cable there aren't many choices. There's only a few news outlets now. Book publishers have been consolidating for years.

All of that is to the detriment of marketplace choice. Consumers are not getting a better deal. The only thing in the capitalist world that gives the consumers a better deal is competition. It's that or government regulation, and the regulation isn't particularly efficient at driving down prices. It just makes the government a clumsy referee. Better than nothing I suppose.

Here's the nightmare thought. Remember the beef recalls a couple years ago? They happened because of inadequate inspection and trying to push too many cows down the kill line to cut costs. It happens in every industry. A corporation exists to make a profit, and it will do whatever it can to do so. All the nice ads and marketing and sweet talk from the CEO are bullshit to sooth the unwary. Most corporations have accountants and lawyers to tell them exactly how close to the line they can skate. What is their risk of getting caught and losing the lawsuit, compared to cutting a particular cost? Especially since cutting a cost improves your bottom line this quarter, and the consequences, if any, are later and maybe never. Think it through.

Your only weapon against such tactics are to vote with your money. Pay a little more to buy local organic food. Examine alternative transportation choices, including taking more time to get there, or not going at all. Don't just pick the cheapest seat.

There is no reason anyone should ever drive a Volkswagen again. They should be sued into bankruptcy. What, you've forgotten already? They count on that. You knew United breaks guitars. Why would anyone fly United? Many said they wouldn't, but they do. Don't.

Here's another abstract to sooth you after a troubling ranting dose of reality. 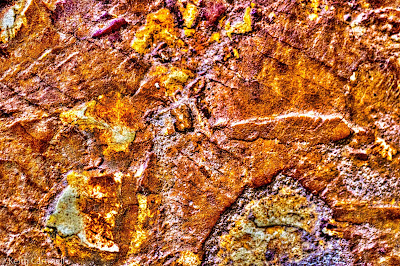