So when the light is blah, make it up

Out at sunrise this morning, this time trying a silhouette. My original thought was to have sunlight or a bright sky behind the buildings, with the building lights on. That didn't work out so well, but it's still ok. I did get the sunlight coming right down 6th Ave, so that part worked out. 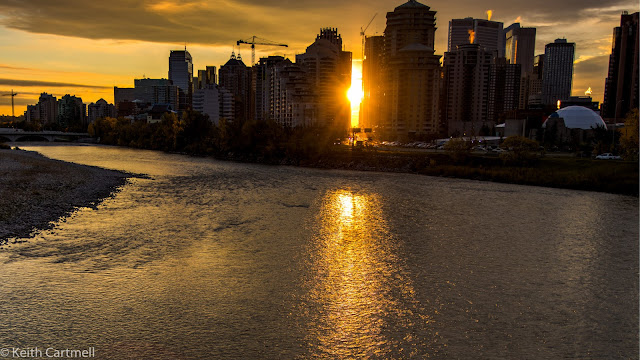 The sunlight in the clouds was kind of blah, so this is an example of an HDR image that has been manipulated hard. HARD! But I had fun making up a comic book story of big events in Calgary to go along with the image. What do you think, an alien invasion, someone having a bright idea, a super-villian weapon test firing, or what? Put any suggestions in the comments and maybe I'll blog on that. You know I will. 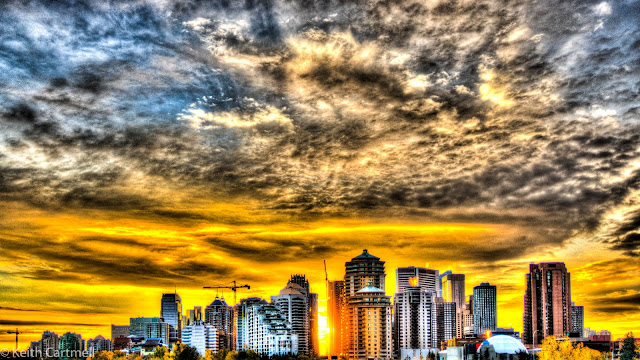 When I was packing up my gear I had no idea what was actually in the camera. You can't really tell till you see it on screen, and even then it can be manipulated. I decided to take the scenic route home and scout out locations for future shoots, and I wanted to find one place I noticed during the basic Zeller photo tour. Which, just saying, if you haven't taken, you should, that's the first step to producing nice images with that nice camera you have.

The scouting wasn't what I'd call productive in terms of adding places to my list of good spots to go to. All of these were shot to simulate what the eye sees, without much attention paid to exposure. This first place had such promise, but I hadn't remembered that cell tower. Sigh. I certainly don't have the skills to digitally remove it from a photo. 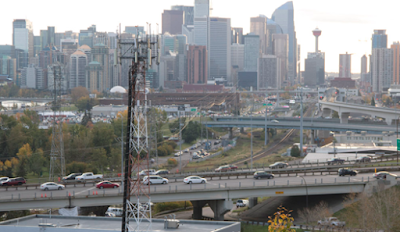 No, I wasn't driving for the next batch, though you could be forgiven for thinking so. It might be fun to try a night shot and work in the head and tail lights, but I can think of lots of other places to shoot first. 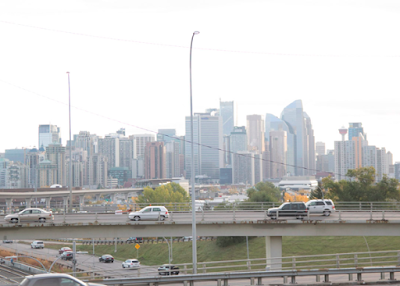 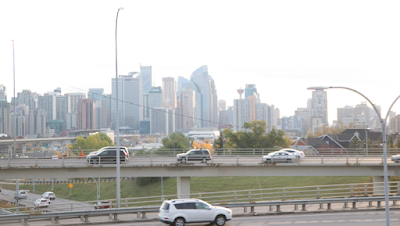 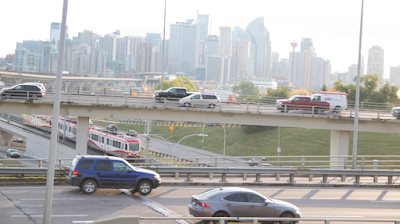 Then next bunch is a good place, but holy doodle the way I took to get there is a bit of a scramble. I'm glad I wasn't carrying a pack with all my gear. Of course, I discovered after the fact there's an easier way to get there. Longer, but easier, and park somewhere else. But there was an upside, besides all the up involved. 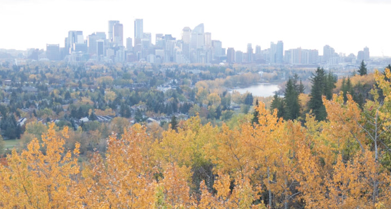 And ta da! The upside, there is red red vegetation in Calgary! Just not much of it, and I came THAT close to wearing a lot of mud just before getting this shot. 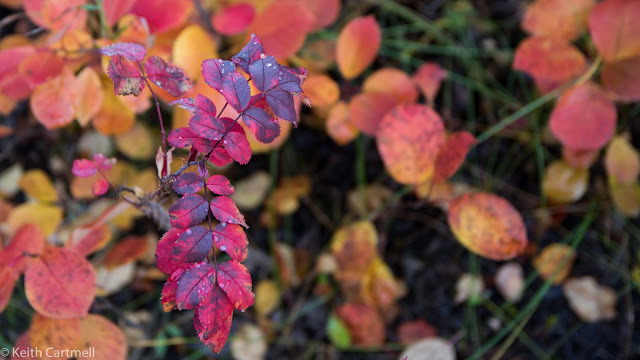