First Image of the day

I've been thinking about lots of stuff lately, much of which is not fit for public discussion, at least not yet. But Neil had one piece of advice that struck home as I was thinking about how to use my time.

So this is going to be the start. I want to post an image every day. It will start here, because it's a platform I have now. Later it might migrate to another. They could be an image I just took, or it might have been taken a while ago. The images might be pedestrian, in that it's an image of something, in focus, hopefully a nice photo but maybe nothing special. Or maybe it's something nice dressed up in a way that has people saying "ooooh!". Maybe something unusual, or an image I got lucky with. Whatever.

I'm not going to bore you with the camera settings, and if you ask I won't tell you. There's any number of settings that will produce a similar image; find out which ones will work for you. This was during my walk on 8th ave during Beakerhead while Linda was busy with something. Later we strolled actual Beakerhead stuff, and there's more photos taken, but not yet published. Maybe later. 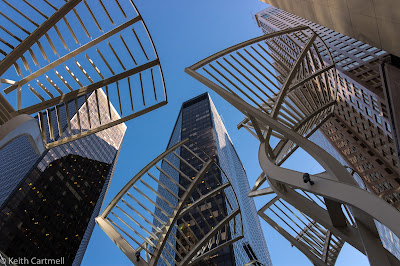 As always, comments are welcome. You can tell me you love the shot, or that I screwed up and it would have been much better had I done such and such.

Email ThisBlogThis!Share to TwitterShare to FacebookShare to Pinterest
Labels: Streetscape