The intent was to shoot the harvest moon. It didn't quite go the way I expected, but I wasn't the only one surprised. I wanted a photo of the moon rising just above downtown, but it rose further north than I thought. Later I figured out because we were on a hill the moon appeared to rise earlier. I'm still playing with some of those, but got this nice one earlier in the evening.

Yes, the sky was that funny greenish colour, with some rusty haze beneath it. I played with the image trying to get a nice blue, but I wasn't doing something right. 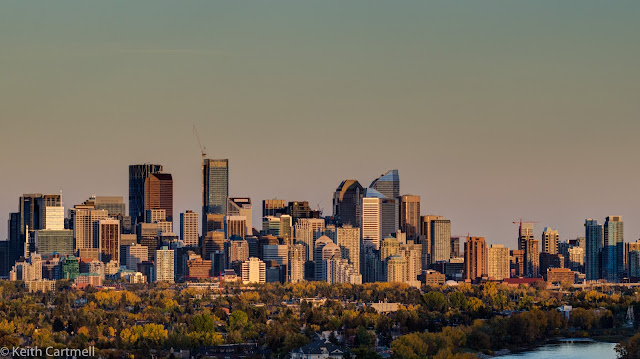 Besides Beakerheading, I'm loading photos onto a chip for a digital frame going to Linda's office. It ended up being about 6GB of vacations, flowers, and sunrises or sunset photos, plus whatever else might have sneaked in. I hadn't realized how many duplicates I had in iPhoto, need to clean that out.