August 28th was overcast, so I dug out all my lenses for a comparison. Overcast is good because it's nice even light that doesn't change much throughout the shoot. 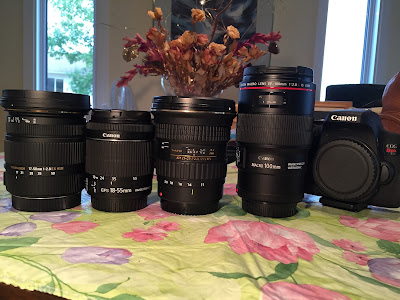 The idea here was to set up the tripod and exchange the lenses, shooting at both ends of the zoom, with the lens as wide open as it goes, adjusting shutter speed for consistent exposure. I didn't play any games with focus, just let the autofocus do it's thing. The centre cross hairs were aimed at the lily just below the house number, just above the red geraniums. I exported them from Lightroom without doing any manipulation to the image.

The iPhone does this. 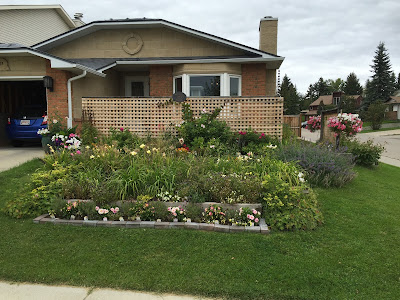 11mm This is a great setting for a big landscape shot. 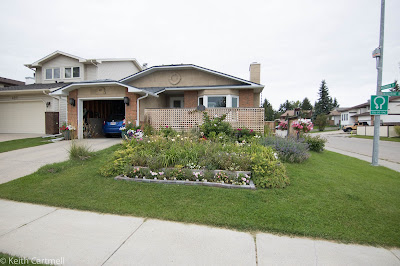 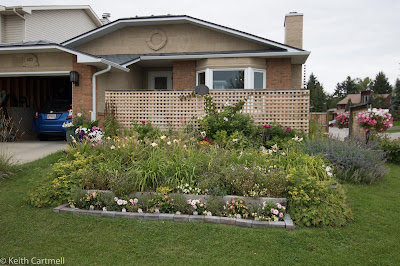 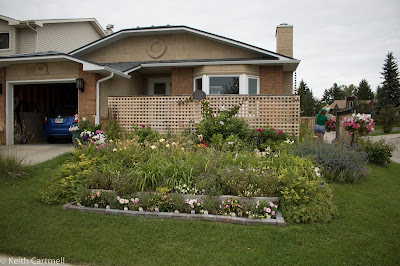 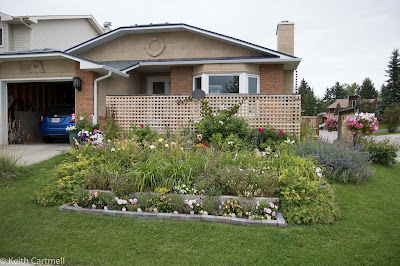 kit lens 55 mm  (should have dialed back to 50, but wanted to give it every advantage.) 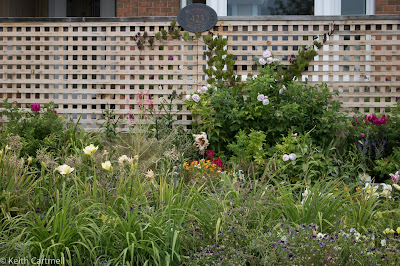 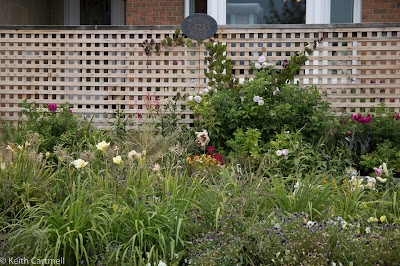 Canon 100 mm, at f2.8. The autofocus picked up on some of the flowers in front of the central lily so things are subtly out of focus, as to be expected with such a shallow depth of field. 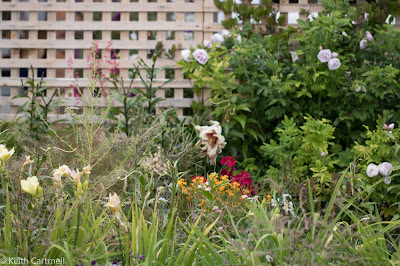 Here's a tiny piece of the above photo, showing what's in focus. 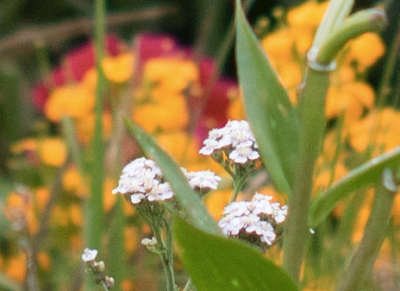 Canon 100 mm, at f32.  This should have the effect of increasing the depth of field, and bringing everything to the same focus. 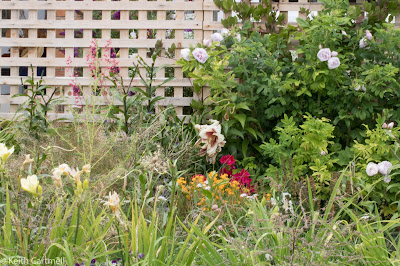 Here's those same little white flowers, and you can tell the white flowers aren't quite as sharp, but the orange ones are sharper. I may have rushed the autofocus. 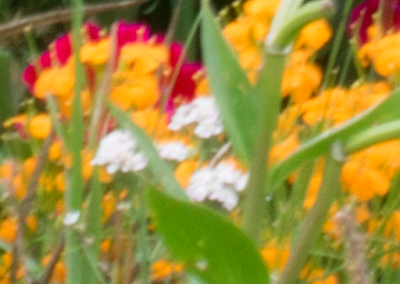 So you've scrolled through. Big deal, you think, I can't see much difference in photo quality. Here's the money shot, comparing the kit to the Sigma at max zoom. Kit lens first, then the Sigma. This is zoomed 3:1 into the photo itself. Keep in mind the camera was about 28 feet away from this flower. Now do you see why photographers shell out for better lenses? 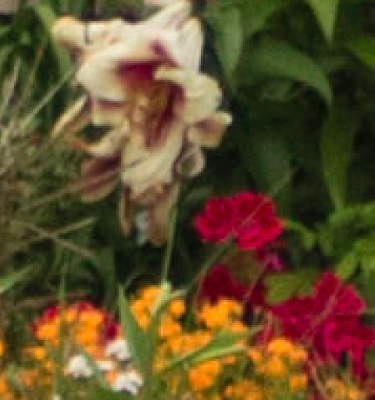 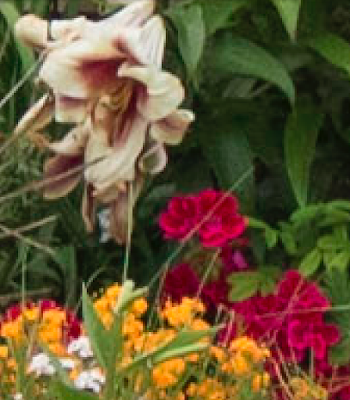 Here's the Tokina at 11 mm, using lightroom to zoom in 3:1 like the above two shots. No surprise that it's starting to pixelate. 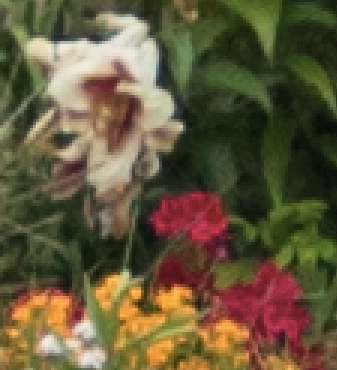 Just for fun, here's the Tokina at 20 mm, with the same 3:1 zoom in Lightroom. Now scroll up and look at that kit lens again. I'm surprised at this. 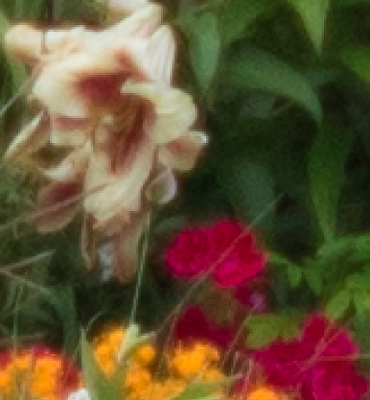 The other thing I discovered happened as I was playing with different ways of doing things. I had displayed photos on the big TV to show Michelle and Amy the triathlon photos, but I hadn't compared the tv to the laptop.

Tonight I had the bright idea of displaying the photo on the tv, with the laptop having the various Lightroom screens. I thought maybe that would be better use of screen real estate. That doesn't work in any practical sense because of the lag between changing the controls and seeing the change on the screen. Oh well.