After the hard frost

There haven't been any garden pictures for a while. There was a hard frost here night before last. Most of the plants are perennials and tough enough for a Calgary winter. I think the Alberta rose by the corner of the garage is tougher than any weather short of the glaciers coming back.

But there are some more tender plants too. After we took off the frost covering, I took these photos, just because. This one is the Dahlia beside the super rose. 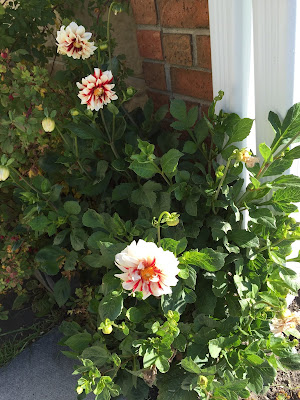 Another Dahlia in the front bed. Linda was worried about these, since they aren't remotely hardy for Calgary. She's been reading up on the process to overwinter them, and it sounds like she's going to give it a go. 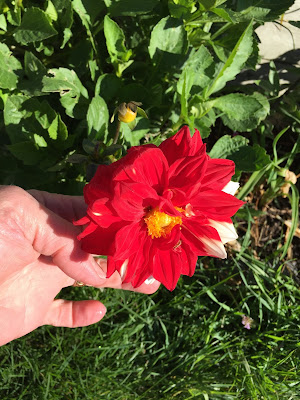 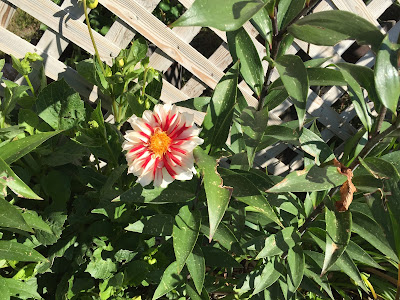 I love lilies, and this one is gorgeous. I think they like a tinge of frost. 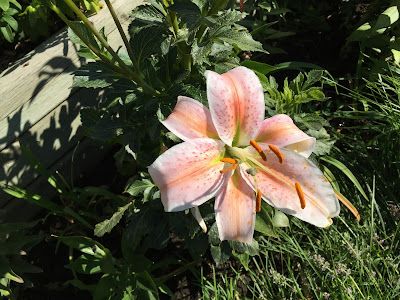 The bees are still hard at it. 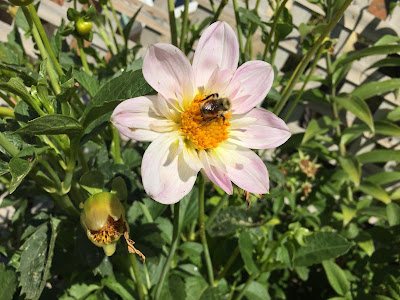 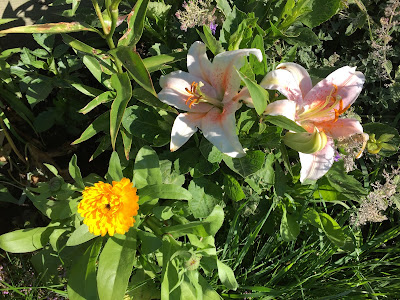 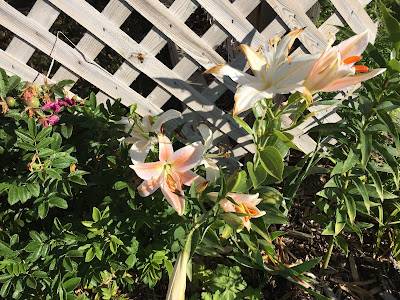 Another of the roses is still producing blooms. 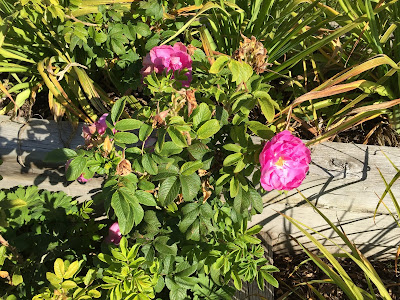 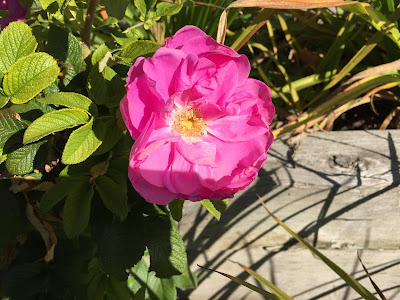 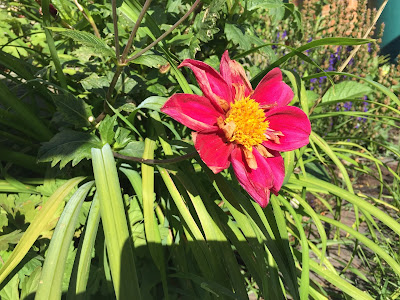 Eventually, of course, no amount of covering short of a greenhouse is going to protect the plants when winter actually comes. That could be next week, or next year. We never know, so we enjoy the garden while we can. It's part of the cycle of life. Some of the plants will be back next year. Some won't.

I'm typically not much of a flower guy, but I've enjoyed taking the photos over the year. It gives us another chance to appreciate them while they're here. They brighten up the yard so much, and some of them produce a wonderful scent. Plus, it's doing something for the bees, under attack as they are.

Humans are susceptible to frost as well, and it often starts nipping at guys about my age. Heart attacks are a big one, but there's all sorts of other ailments that come along. Diet and exercise are big for combatting these and putting off the inevitable.

At the moment I'm not thinking so much of the physical side of things. There's a mental frost as well. I'm sure we all know people that have frozen solid on the inside. New ideas just bounce off them. New ways of thinking, changes in society, even changes in routine are viewed as life threatening events.

Every now and then I remark about being more forgetful, but I don't seriously think I'm actually losing my marbles. (Others may disagree.) I love reading about new stuff, and am still willing to try new things, though some days I wish the rate of change would slow down a little.

The week off has given me some time to think about stuff and be a bit more relaxed. Even though I wasn't laid off, and even though if I was laid off I don't need to go find a job right away, it's still a stressful thing. They could tell me to go away at any time between last week and the end of the year. I don't really know who I'm reporting to, what team I belong to, or even really what I'm going to be doing in my remaining time. I just want them to make up their minds so I can get on with it, one way or the other. If they don't, I will.

My neighbour and I took a break from yard work to chat. He's about 10 years older than I am, and has been retired for about 12 years. He transitioned into it from an illness that he mostly recovered from. There's been a few flare ups along the way. He found when he was well enough to go back to work, he had completely lost his taste for it. Signing the paperwork was very easy. He's loved retirement, in between those medical adventures. He's done quite well from investments over the years, and has a good but not remarkable pension, so he's bought some toys and travelled quite a bit. He tells me that I'll love being retired, and that I should have a go at it after Penn West and I part ways.

Today I was feeling some sadness within. I'm generally a pretty optimistic person, so this is a bit of a change. After mulling it over a while, I think it's because I realize it's not just the Penn West job that is essentially over, but for the final paperwork, sooner or later. I think I'm over with the oil and gas industry as a career. I've been in it, one way or the other since late 1992. I'm tired of the roller coaster ride. I'm looking for something else now. I'm not sure what, but I'm open to new opportunities. My primary motivator for taking a job is that it be interesting, with pay being a very secondary consideration. I think I'm done with working full time as well, full time defined as working 35 to 40 hours a week, for 40 to 50 weeks a year.

I admit I look forward to working only part time. This week has been lovely, living like a retired person. I get up when I get up. I've been doing more swimming and running, and loving it. There's been time to putter about, stroll around downtown doing Beakerhead stuff (tune in a few days for full story), and naps with cats. Can't forget that. The novel hasn't been forgotten. That's still perking away in the background. Life is good.

It sounds like I've got a guest post coming! I'm excited to see what that's all about.