Pink and white sounds so fru-fru, but there was none of that here. This was rugged and manly pink and white.

That was my soundtrack for working on the lodge today. More white stain. This was the delicate (but not fur-fru) touch around the windows that I didn't do the other day. It took much longer than I thought it would. The windows aren't too badly smeared. I made another pass around the places that have end grain showing, and added more stain.

I grooved to the sound track and thought peaceful thoughts. This was a very soothing activity. I'm trying not to think about work today, but I found out today that work had made some decisions about the various projects. One that I'm working on is moving forward, but I don't know if I still have a role on it. Two others are in a "must consult with the business" phase. Which means they didn't read the documentation we supplied them where those business owners explicitly said they needed and wanted the projects to move forward. I'm very cynical about this, and let's just say after more than 20 years in Calgary's roller coaster oil and gas industry, I know where my bread is buttered, and what I should be doing now. And I am. Nuff said.

Then the interior. I decided once the windows had the white stain on the outside, they really needed some clear interior stain on the inside. Plus the dinner trays. I had lightly sanded them down, now I added another layer of stain. Plus the floor touchups. Plus the inside of the doors. It was another very full day.

So far of my list of things to do this weekend, I've done two of them. Not a high completion percentage, I admit. I am being strongly encouraged to do one of the remaining things and let's see if I sleep in or not. I'm thinking about clearing a few of the smaller things off the list, then getting back to the lodge. Like my desk. I really must excavate it. Before and after pics there, I promise.

Waffles with strawberries and maple syrup, with coffee, opened the day. We closed it with rack of lamb, wine, and veggies. It was a perfect night for sitting out and relaxing. So much for cat supervision. 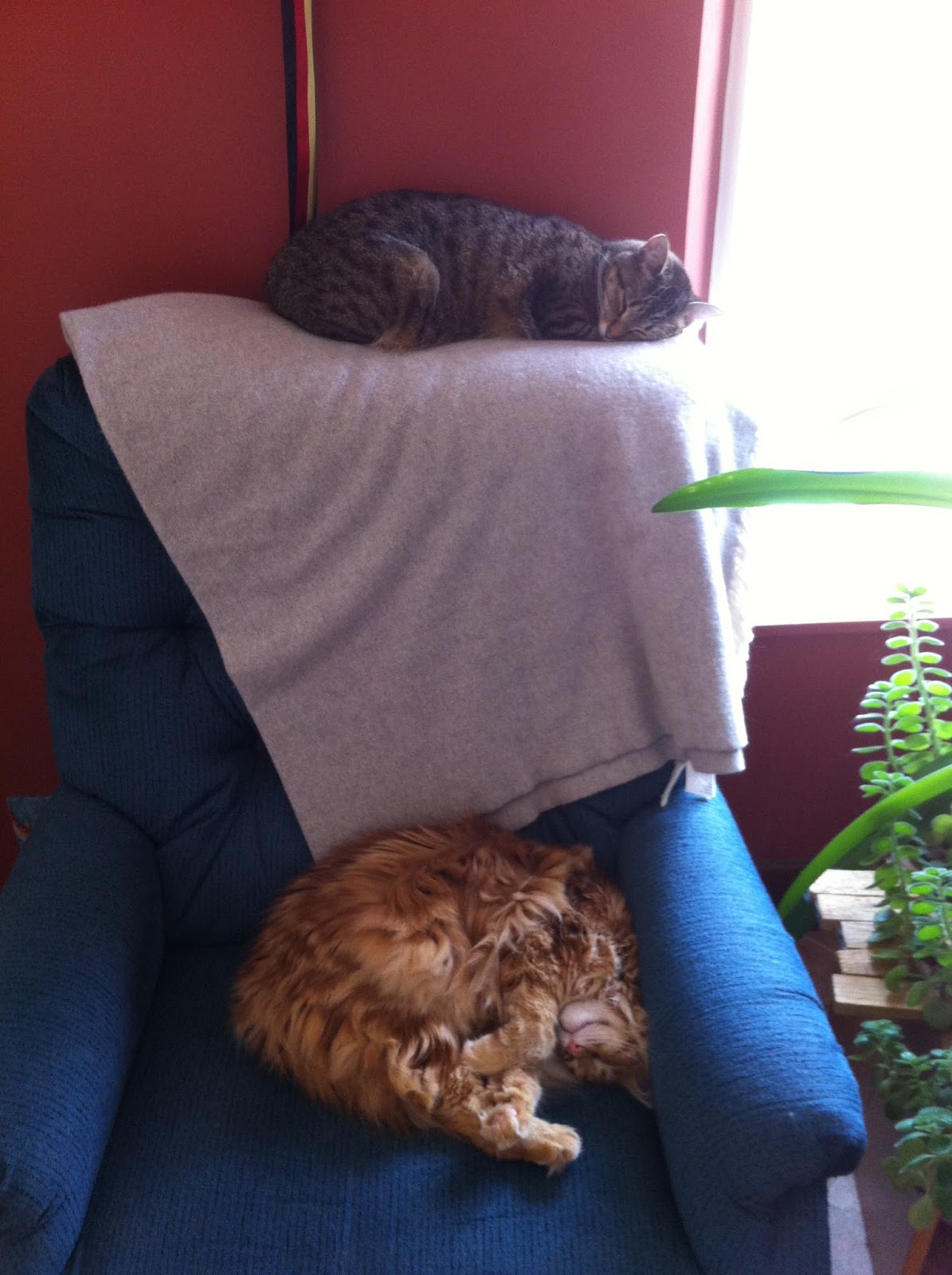