A fun bike with buddies, and stuff

I'd forgotten how much fun it was to get out on a bike with buddies and just enjoy the ride. No pace, no time requirements, no distance goals, other than getting to where we wanted to go. Chat along the way. Explore a detour or two.

Michelle organized this ride to Lake Chestermere. Earlier this year she ran it as part of her training for the 50 K run. She wanted to see it in summer, but didn't want to run it again. Now she's working on bike distance, so it was easy.

I took Estela, even though she is too much bike for the bike paths, and I was pretty sure we'd be on a gravel road for a detour. My hybrid needs some work. We met up, and drove to where the path and canal cross Glenmore trail. A bit of getting sorted out, and we were off. Turns out Estela needs some work too, I think the chain needs cleaning. Tomorrow.

It's a beautiful flat ride. The canal had lots of bird life on it, and there were always interesting swirls and ripples in the water. We just rode along, no rush at all. Michelle and Antje were on hybrids or mountain bikes so they had to work a little harder. You have to pay attention during the detour near 52nd St, but other than that, it's follow the path and enjoy the ride. I won't talk about how Michelle ended up in mud up to her ankles, that's a story for her blog.

Here's some photos, in whatever order blogger puts them. 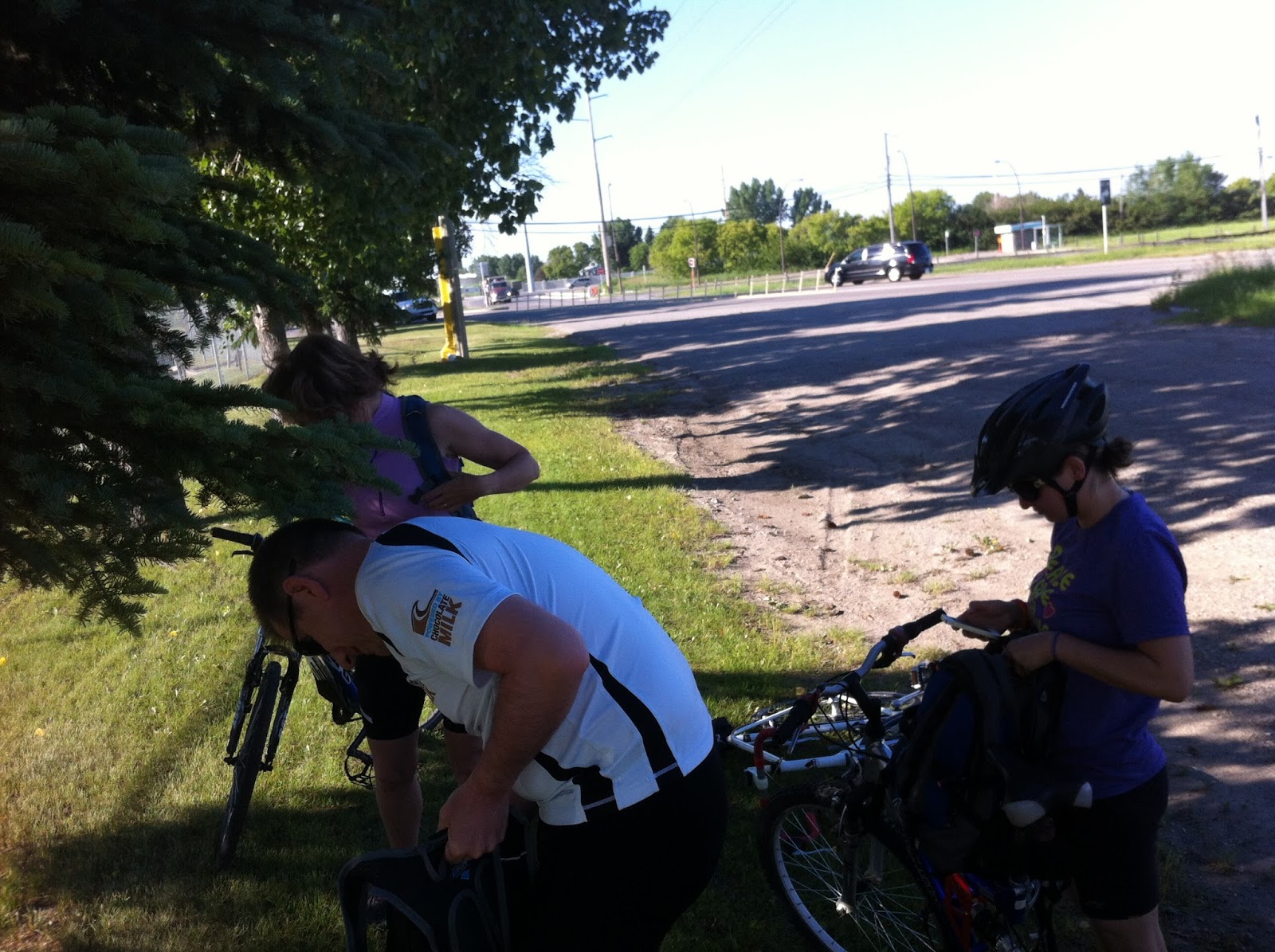 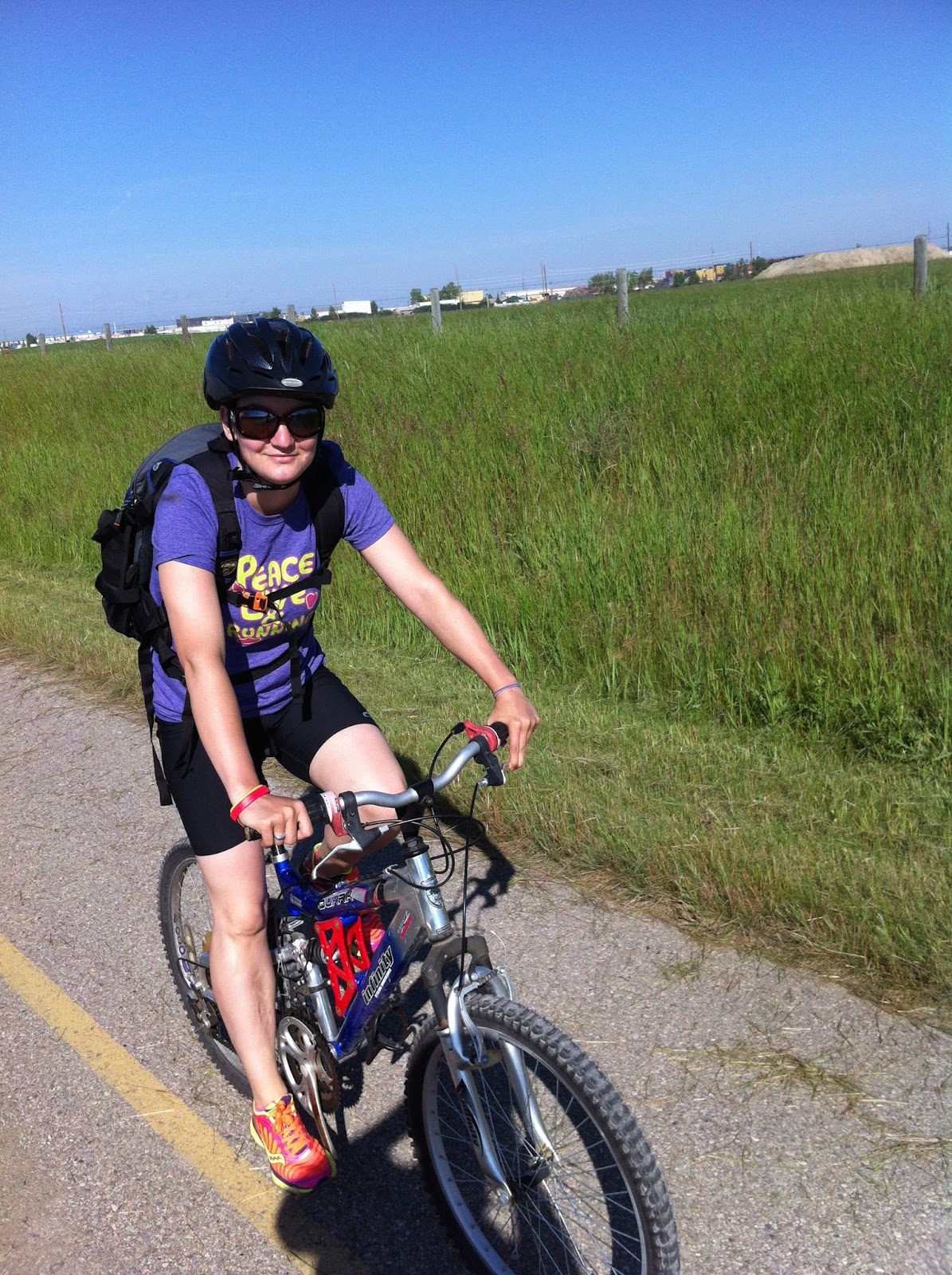 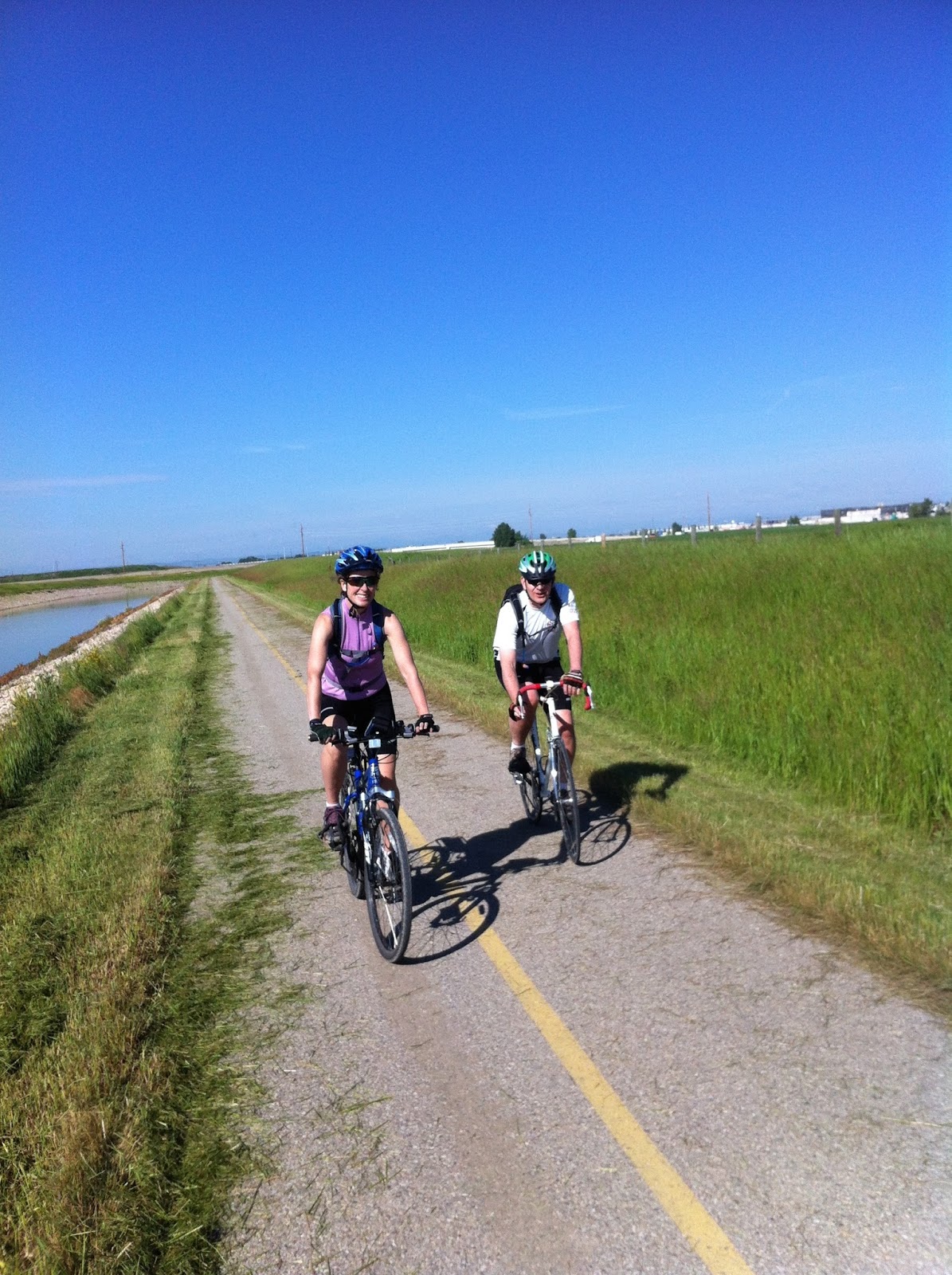 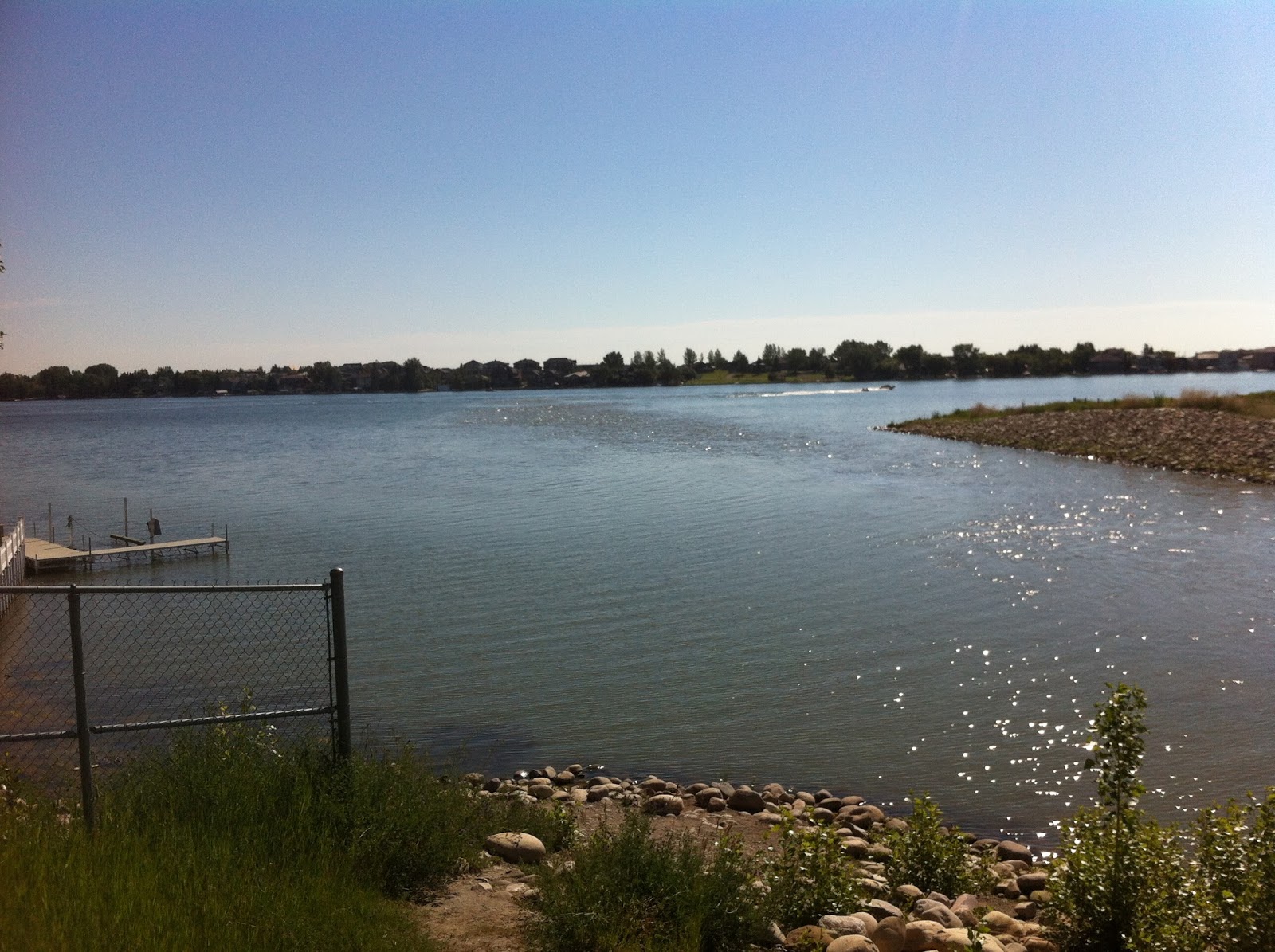 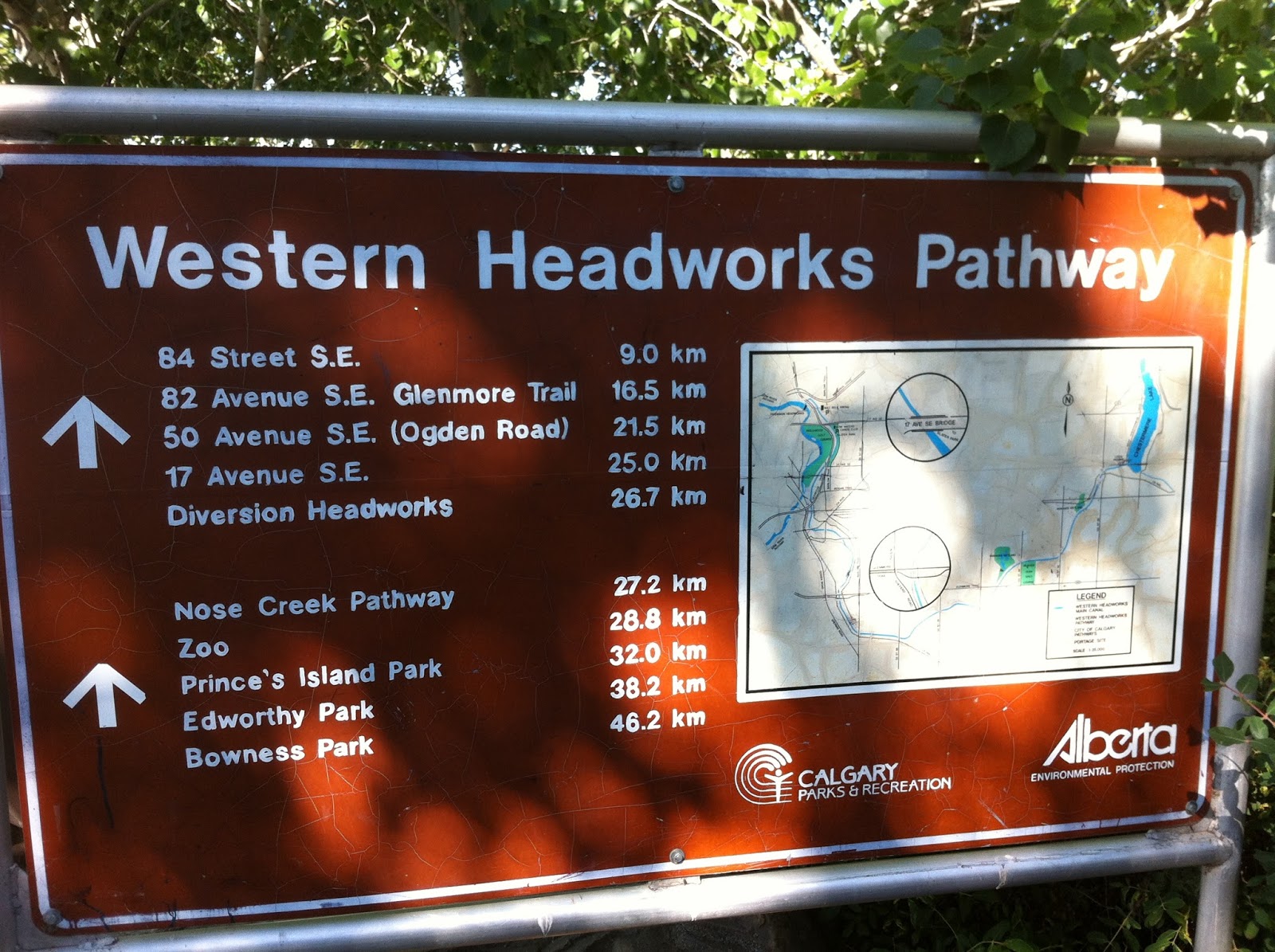 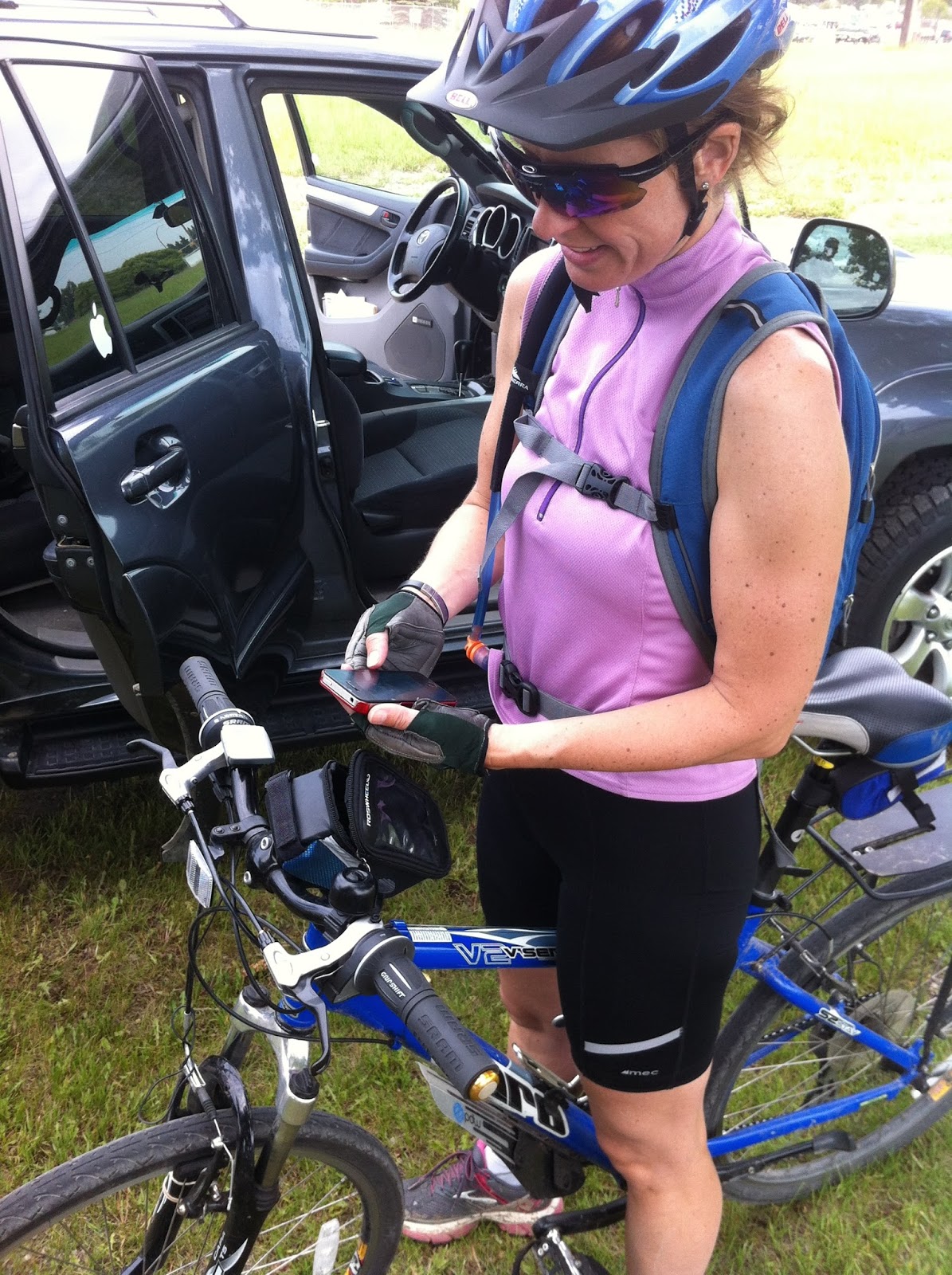 This is from Michelle's phone, an obliging bystander took it for us. 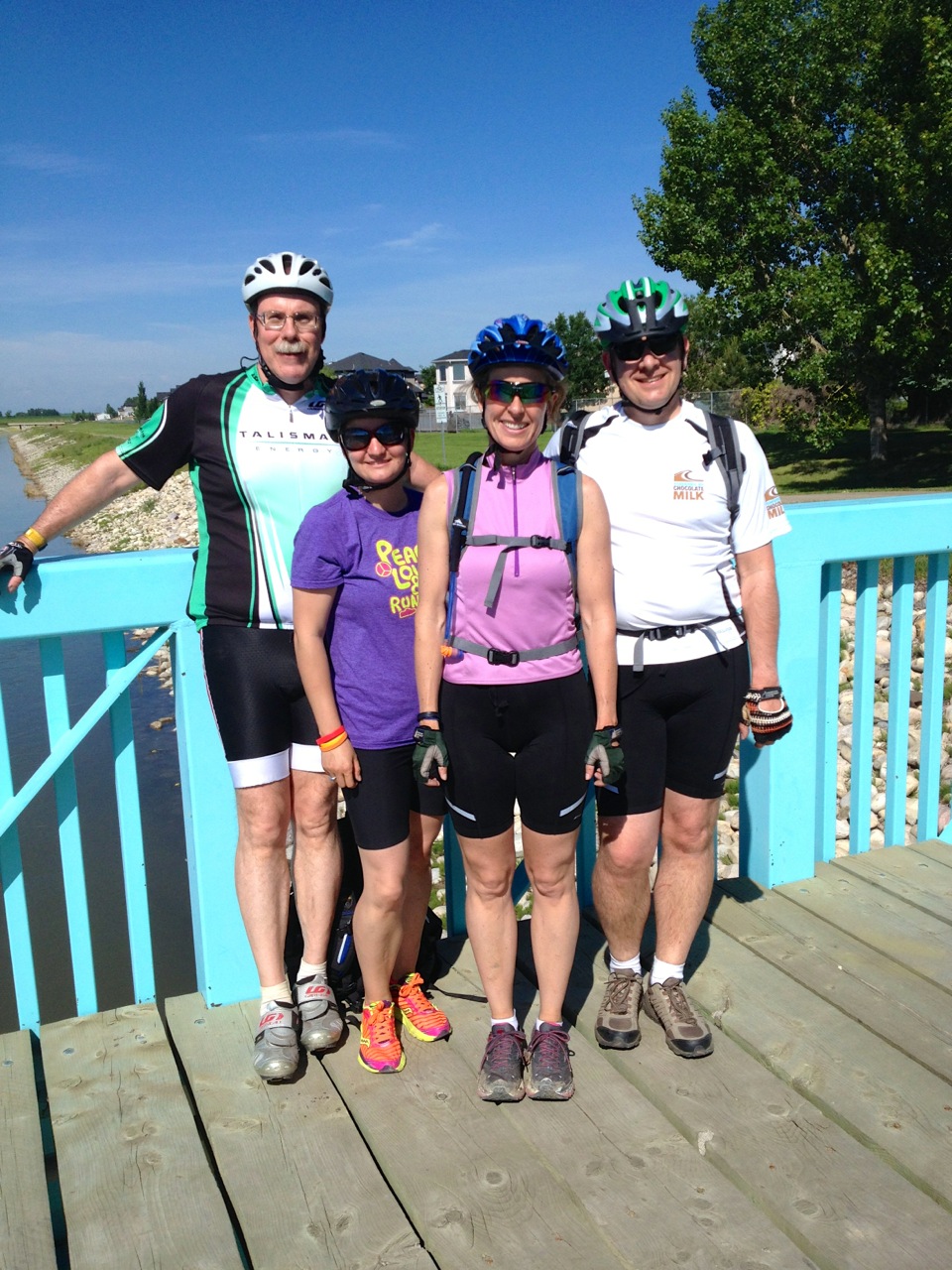 If the photos don't make it clear, it was a perfect day. Warm and sunny, almost no wind. We couldn't have asked for a nicer day.

Even though I wasn't really paying attention to pace or anything, I did turn on run meter. I wanted to see what the map and pace lines actually looked like. Here you are for the number gurus of you. I can understand the pace line being all over the place. We sped up and slowed down quite a bit. But that elevation line is WHACKED. This is a seriously flat path. Just at the end I rode to the actual detour to see what work they were doing and to see if there really was a reason to close the path. There was. I rode back fairly briskly to catch up, well above 30 KPH for a while. But look what the elevation did; it dropped way off, and trust me, that path is flat. Maybe I should have had the other one going too, just to see what it said. 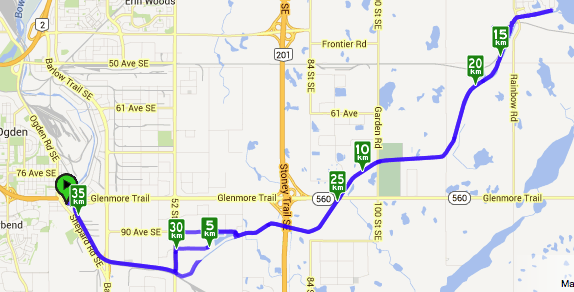 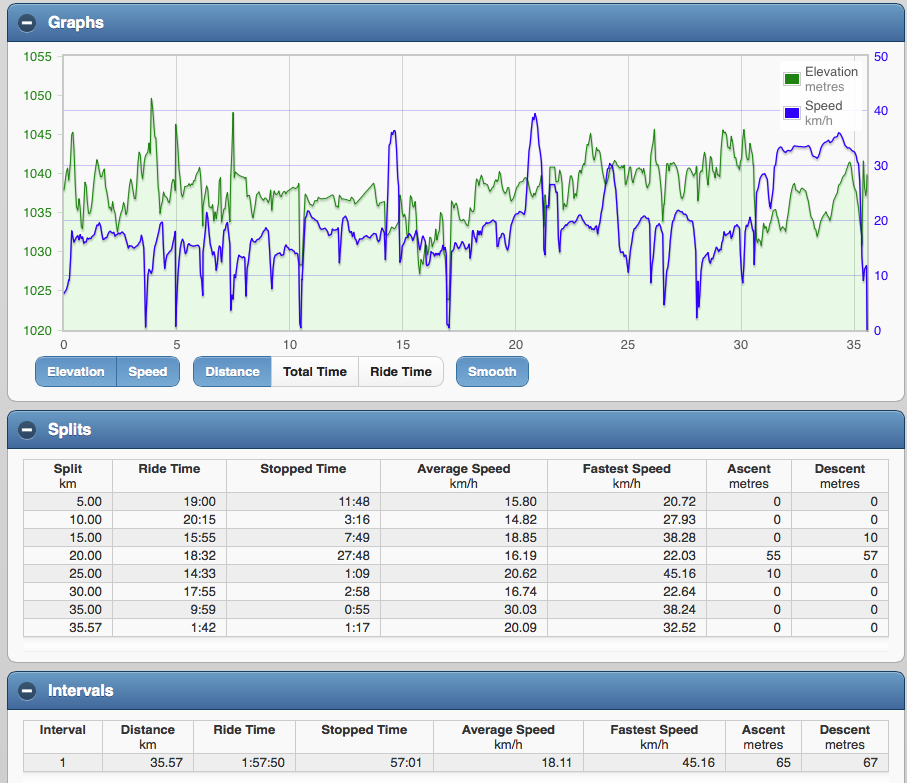 It felt pretty good. I could feel my legs talking to me a bit after the 5 K sprint at the end, but my butt was still fine. Maybe Sunday I'll go out for 50 K or so. Who's up for a ride out 22X from my place Sunday?

Once they dropped me off at home we had an iced coffee on the patio and chatted more. Lovely. No Stampede parade could be this enjoyable, and being in an office isn't even in the same universe.

Then I got to work. There were some spots where pressure washing the rocks had blasted out the sand and it needed to be filled in again. Lots of hands and knees, tamping bits of sand in, and spraying it with enough water to activate the polymer.

Then a nap, lying on the grass beside the lodge. More lovely. Then staining parts of the lodge. We've got a food grade clear stain for the inside, on the wear surfaces. I did the floor, benches, the food trays, bowls. Another layer tomorrow. Here's what it looks like empty. That white pipe is the air intake for the grill just above it. 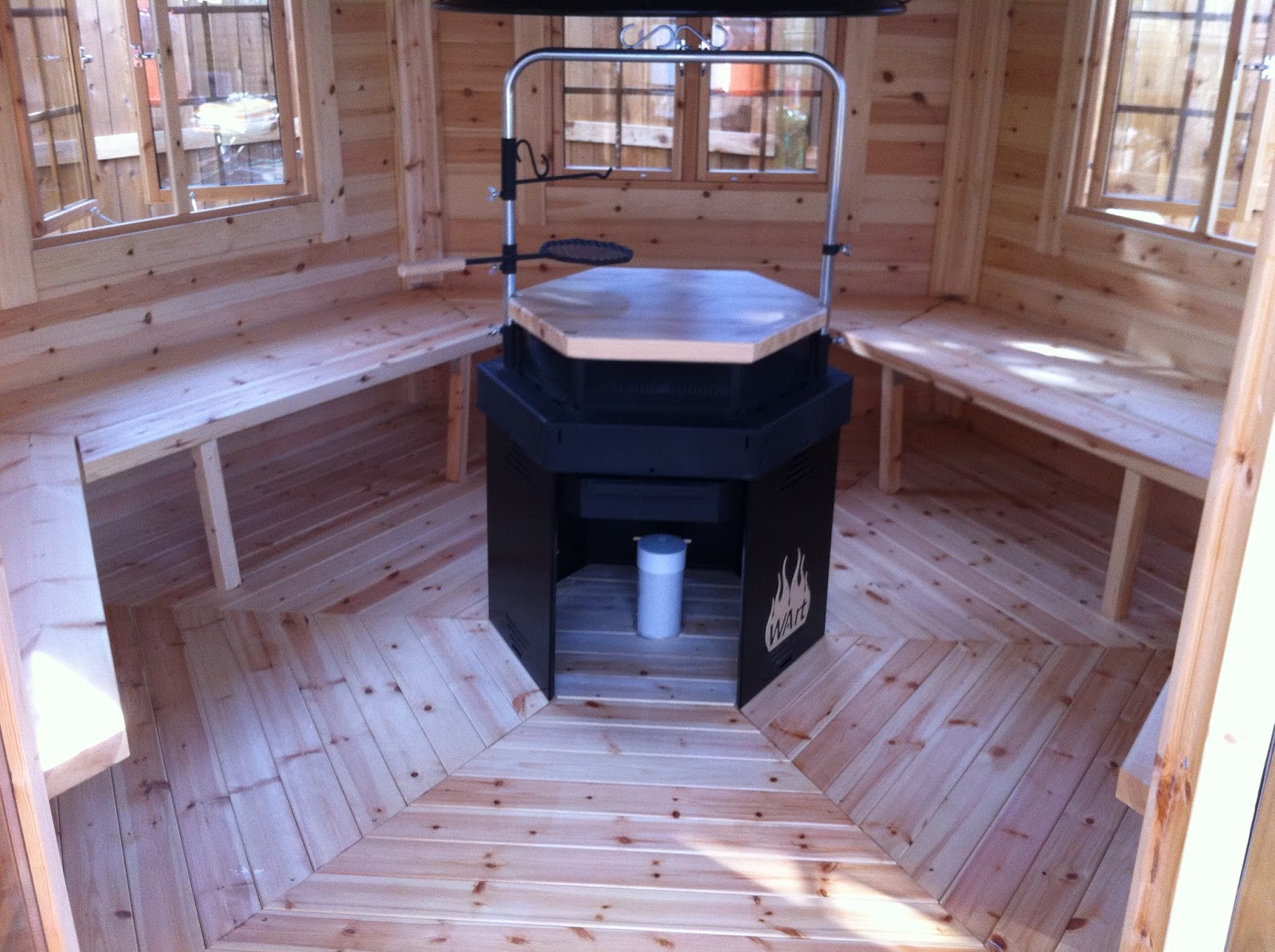 I can't believe vacation is almost over, and there some things I really must get done before going back to work. For as long as that lasts, anyways. But it's too nice right now to worry about that.

Oh, the SQL joke in yesterdays blog? I'll try to explain. Usually a SQL statement starts with the word SELECT. This tells the query what data fields to get. Then there's a WHERE clause to tell the query what table the field is in. It usually looks like this:

There can be much else, but this will work. However, if you're good, you can start a query like this:

This lets you join together several queries as a sub-queries, and their results are like a temporary table that you can use in an overall query. But it's more complicated to write, and there's more things to go wrong.

Hello, are any of you still awake? Did I just cure your insomnia?