It seems that geezer outings are getting better. Used to be the geezers were trucked to the lawn bowling court and back to their cages. Either that or the inmates are taking over. As we were going into Coop for some groceries there was a delightful juxtaposition. These two photos were taken from the same place, facing in opposite directions. The two are about as close as they can get without the van parking in the fire lane. 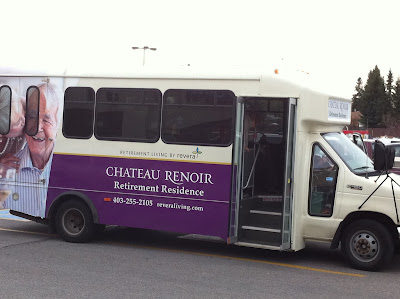 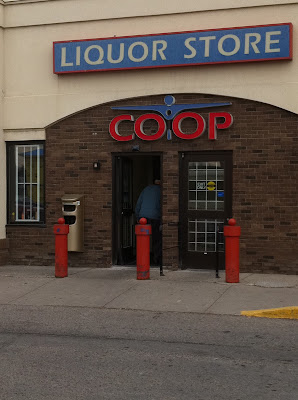 And yes, the grocery store was full of geezers. So was the liquor store shortly before these were taken. They were tottering out as we drove in.

Ran this morning about 30 minutes. Nothing special. Hip flexors were getting tired by the end of it, but most of it felt really good. Just post dawn, cold enough to see breath on the air. Nice.