A beautiful day for a walk

Another nice day here, though is started off wet and cold. By lunchtime it was nice enough out for a bike ride, if a bit cool. But later this week is supposed to be warmer yet, so I wanted to hold off on the bike, and didn't really feel like going for a run. Actually didn't feel like doing much of anything, but did want to get out and enjoy the day a little, so I went out for a walk, down to the traffic bridge over Fish Creek, and looked for the spot where the old one way bridge used to be. Then wandered up the hill to find the defaced sign about the steep hill. So here's a bunch of photos for you.

I've been over this bridge a zillion times, but never under it. 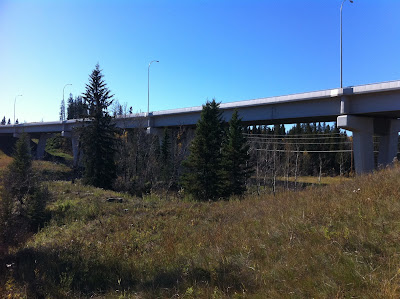 I was looking for where the old 37th St bridge was. The road lwent up the hill about where those power poles go. And no, I don't know why I've got those purple marks. 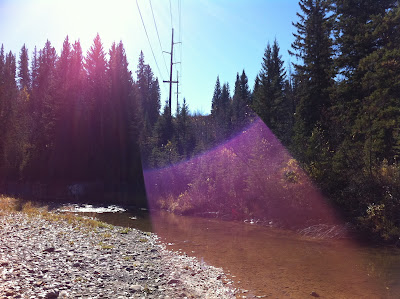 As near as I can tell, the old road was right about where the river is now. 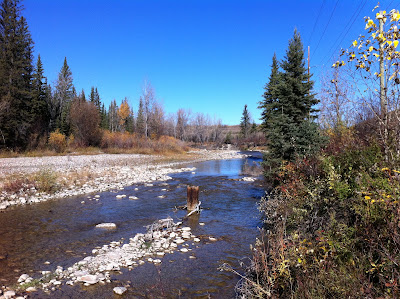 Who would have expected to find art underneath the bridge? 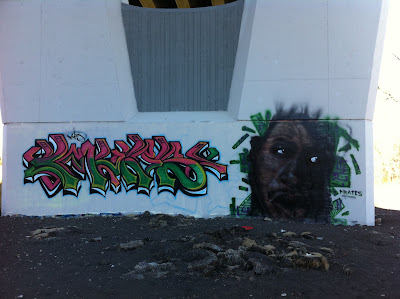 As you're going from the south part of Fish Creek to the north, at the very west end, you will see this sign. You will regret it if you don't pay attention. 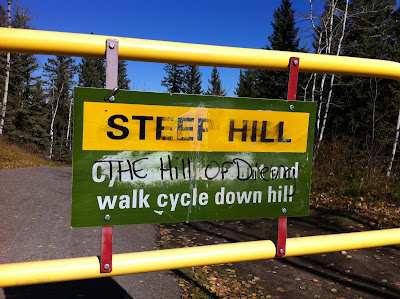 This is the hill looking up. I'm not sure how I can point out how steep it really is. Even though it's paved, I'm careful with my footing. It would be very easy to have your foot skid out from under you if you put it down on some wet leaves. And just behind me is a hard right turn if you're coming down the hill. I wouldn't even consider trying to ride up it, even in the granniest gear on my hybrid. 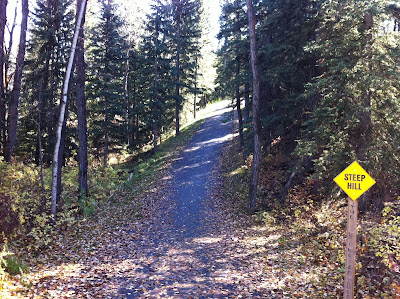 People like to play with the rocks in the creek. 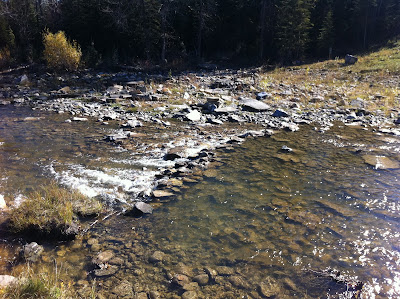 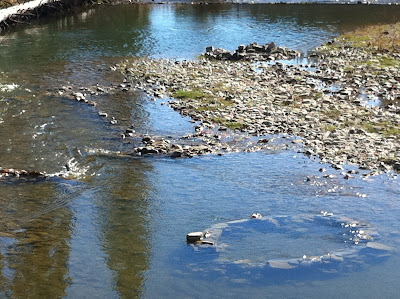 Even though you might think the bridge is pretty obtrusive, it's not. Here's the view of it from the very expensive houses along the edge of the park.