Reflections on a so-called career, part 5

(Not the most graceful transition between parts. I was discussing not having the taint of desperation in job negotiations.)

How do you get there? I've talked about that, but the main thing is to spend less than you earn. Depending on where you are in life, it might be much less. Make the adjustments to do that, whatever they are. Maybe that means sharing rented accommodation with roomies. Living in your parent's basement. Taking public transit. Doing without that fancy new phone. Pay cash or do without. Whatever.  Financial security is the bedrock of work security.

For example, money spent on a faux-coffee drink at Starbucks is gone forever, quite literally peed down the drain. The only exception is if it's part of your networking budget, and then for crying out loud drink real coffee. Drinking some artsy fartsy faux-coffee drink in a networking meeting spells wanker. Unless that's the industry you're trying to break into.

Money invested carefully will double every 7.5 years or so. A career gets you 4 or 5 doublings depending on returns, so the earlier you start, the better, and better yet if it's in a TFSA (for Canadians only). So that $10 coffee and snack today, could be about $300 by retirement. No biggie, you say, I'd rather have the coffee. Now think about that coffee and snack every day during the first year of work, about 250 days. So that's $2500 in the first year, growing to about $80K by retirement. So, coffee and a snack today, or steps toward economic security? Hmmmm.

And related to money, do not buy a house! In the past that was one of the best things you could do. Prices went up, value went up. Selling was not difficult. They were inexpensive compared to annual income or rent.

You need to buy shelter, no doubt of that. But there are several ways of getting it, consider your alternatives, do the math. Houses are stupidly expensive now. (Damn boomers!) They have become difficult to sell. That's fine if you know you want to live in the same place for a decade or more, but what if you're young? You don't know where you want to live, or where your company will ask you to move to.

I've told lots of young engineers fresh out of engineer school and starting their first real job to go anywhere they send you. Go to the boonies. (Maybe not Fox Creek, you might want to think about that one.) Go overseas. Get the experience. Accumulate the 'no shit, there I was' stories. Live in a dump before you have a family to take care of. Live cheap and save your money. Maybe you'll meet a nice partner along the way. Maybe you'll discover you like living somewhere the air doesn't hurt your face. If you rent it's easy to move on short notice.

Cars are another trap. A car is typically eight to ten thousand dollars a year, all up. In much of Canada you probably need one. Do the research and get the right one. Rent a bigger one for the rare times you need it, and it's cheaper to pay delivery charges for big stuff. You may not need a car at all, depending on where you live in relation to work and groceries. If you think about a budget of 8 to 10K a year for public transit, cabs, or car rentals rather than a second car, you're likely to come out ahead. Only an idiot would think a car gives you status, and BMW drivers are the worst.

My usual advice is to keep your head down, do your work, stay out of office politics, and forget about work when you go home at the end of the day. Some jobs are a bit more demanding. If you want to be a movie star, or a politician, or a writer, or a pro athlete, or a rock star, you need to work a little harder. A lot harder. You need every little edge, all the time. You'll almost certainly have to lie to people and then keep track of the lies. They will catch up to you. Growing a thick skin is a good idea in any job, and these will need the thickest of all, and that's before you deal with the success paparazzi. Good luck.

Money is a medium of exchange, and we all have to have a certain amount of it. But our society is devoted to finding stupid things for you to spend money on. This keeps you poor, and at the mercy of rich people. Society tells you to buy the big house, the fancy car, the expensive vacations, all the toys and trinkets made by slave labour in China. Trust me on this, all that crap is meaningless and will not make you happy. All the money in the world will not make you happy, if you are not a happy person.

Figure out how much money you actually need, and it's probably less than you think. Keep in mind the rich people that run the banks and stores want to keep you poor and paying interest. They'll settle for you thinking you need lots of money because they want to keep you working and putting more money into their investments that pay a crap return and have high management expense ratios. They do not want you wealthy enough to pick your independent financial advisor, or smart enough to build your own investment strategy of exchange traded funds.

Figure out what you will and will not do for various money amounts. Build the foundation so you can stick to your principles and say no when required.

This is the look you need to be giving your work colleagues all the time. Open. Knowing. Firm. Somewhat dubious. 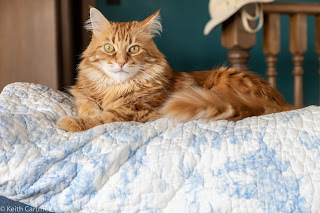 I just finished a book on sleep that scared the crap out of me. I'll try to get it up next, since in many ways it ties into work. I'll link back to it here. 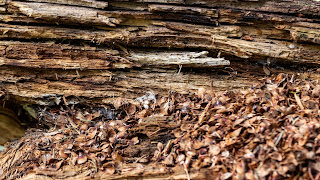