I woke up this morning, thinking

Some people are quivering in their coffee, but it's ok.
People are talking about getting back to normal. And yet, will we?
I woke up thinking about the bike couriers. They were part of downtown culture. You'd see them everywhere, all the time. Weaving in and out of traffic, terrorizing the sidewalks, speed walking in and out of buildings with the big bags over their shoulders, hanging out at a coffee shop waiting for their next run.
What were they doing? Taking paperwork from one office to another. Why? For signatures, or to review text, or to let another engineer look at drawings, because the internet was at about the level of aviation at the end of WWI.
It isn't anymore. The internet has changed everything, and it's not done yet. Just like entire industries went away in the transition from horses to internal combustion engines, professions and industries are going away now. It was happening before COVID. The lockdown and working from home accelerated the process, some people hanging on, waiting, hoping to work again. And not. Sigh.
Money is remorseless. If doing it a certain way is cheaper, that's what will happen. We've proven that people can work from home, exchanging documents just fine. We're still figuring out how to run meetings effectively via Teams or Zoom, or whatever. I hope to never again hear "You're on mute." It's a work in progress.
All those expensive offices downtown, in those expensive buildings, that used to be full of people doing expensive work. Now they've been mostly empty for more than a year, and are gradually filling up again. My thinking was that when the money realized they didn't need all that office real estate, they would take advantage and get rid of that extra, unneeded space. Except, as someone explained to me, leases. The space is booked. That's why some companies want everyone back in the office. Money and control freak managers.
But how long will that last? Leases have an end. Eventually the threat of COVID will end. They had been cramming more and more people onto a floor. That trend is over, at least for a while. What will win? The full expensive office space? The cheaper working from home? Some hybrid model? I think the working from home thing is going to come back. You heard it here first.
And another thread. Overseas labour. Cheaper labour. They're still ironing out the kinks there too, but it's getting better. I remember the help desk being a bunch of geeks in the basement. My last call to the help desk was talking to a guy in Delhi. You'd never know it. Sound was clear, there was no lag, and he was a total pro. He took over my computer and I could barely follow him he was going so fast. Help desk this week, petroleum engineering next week.
It is any surprise I read the other day that the U of C suspended admission to it's oil and gas engineering program? How the mighty have fallen.
I'm glad I'm not starting out a career.
Of the Day 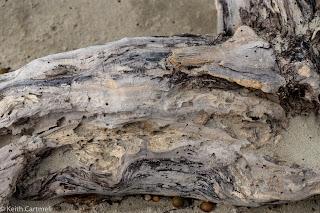 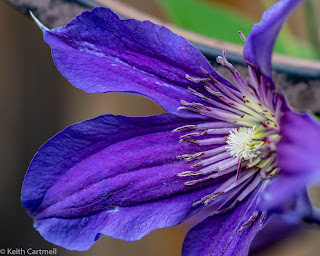 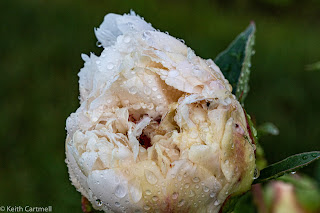 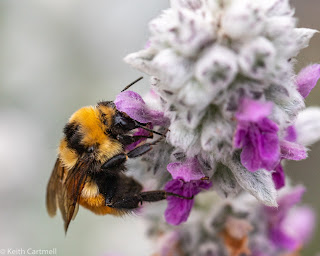 Celina, but a serendipity first from 2017. The lilies are just coming out now, and I'm going to have to work to top this shot. 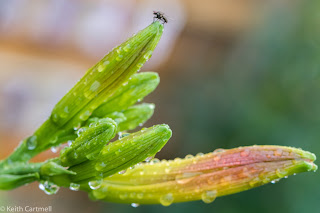 Part of the Celina being cranky series. 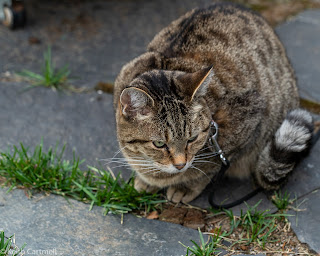