WWC or, The Cat Judge Shall Hear Of This

Much of my weekend was spent at the When Words Collide convention. Conference. Whatever. I'm still mentally unpacking it, and having to drag my tail into my day job and unpack my office didn't help.

The best part of thew weekend was running into people I haven't seen for a while, and actually having the time to chat with them. Over the 3 days I attended 15 hours of programming, though I bailed out before the end of the 2 hour one with Brandon Sanderson. I was doing really well, and it was interesting, then it got a bit off the rails at the very end.

I don't intend to give a summary of all the panels, suffice to say that all had at least some moments of interest, and that almost all were well worth attending. A few were hard choices, but such is the life of multi-stream programming. I talked a bit the other day about buying the book if you like it. That's still the big message. Much of the rest was of interest to me in revising the book I'm working on, and in a little while, marketing it.

I really enjoyed the whole weekend, and have already bought a membership for next year. Based on one of the panels I attended, I'm planning to volunteer to present one myself. It was all well run, and all the volunteers I ran into were friendly and helpful.

Part of the messages from the editors and publishers was very interesting. They talked again and again about making your query letter perfect, and to follow the submission guidelines exactly. Perfect (spelling, grammatically, and info content) and following the guidelines. These aren't a secret formula, they are printed in books and everything. How hard can it be? Well, considering I've been reading that exact same advice for at least 30 years, and been hearing it for several, I guess some people have difficulty with it.

Other than that, the best advice for me came from Robert J Sawyer. It happens I already knew it, since it came from Robert Heinlein, and I'd read it many years ago. But I forgot. This is slightly paraphrased.
You must write. (so far so good)
Finish what you start. (working on that.)
Do not rewrite except to order by editor. (I only wish)
Put it on the market (soon, very soon, I hope)
Keep it on the market till it sells. (Princess Bride was rejected 18 times, or so I've read. I'm not sure if this encourages me, or discourages me.)

Now, bear in mind that this advice was written by the person who is widely regarded as THE science fiction writer of all time.

Now, you are wondering, why will the cat judge hear of this? Our various cats have made it clear to us that eventually we will all meet up again, and this time it's the cats in charge. A cat will judge the various human cat interactions over our lives, and will reward us, or not. It has been made clear to us the best reward we can expect is to be buried in a giant kitty box for several eternities.

My great crime this weekend was to be out of the house for much of it, when Curtis wanted a lap. Then when I was home there was a brief episode of tooth brushing, which he doesn't particularly mind, but little lap time. Guilty he says. Guilty, guilty, guilty.

To assuage the guilt, here are some more pretty flowers in bloom. Stupid photostream. You'll have to wait until tomorrow. I can't wait till Apple replaces the whole darned thing. It's always the photos I want to put in the blog, or show someone, that don't show up. Sigh. Wait, there they are. 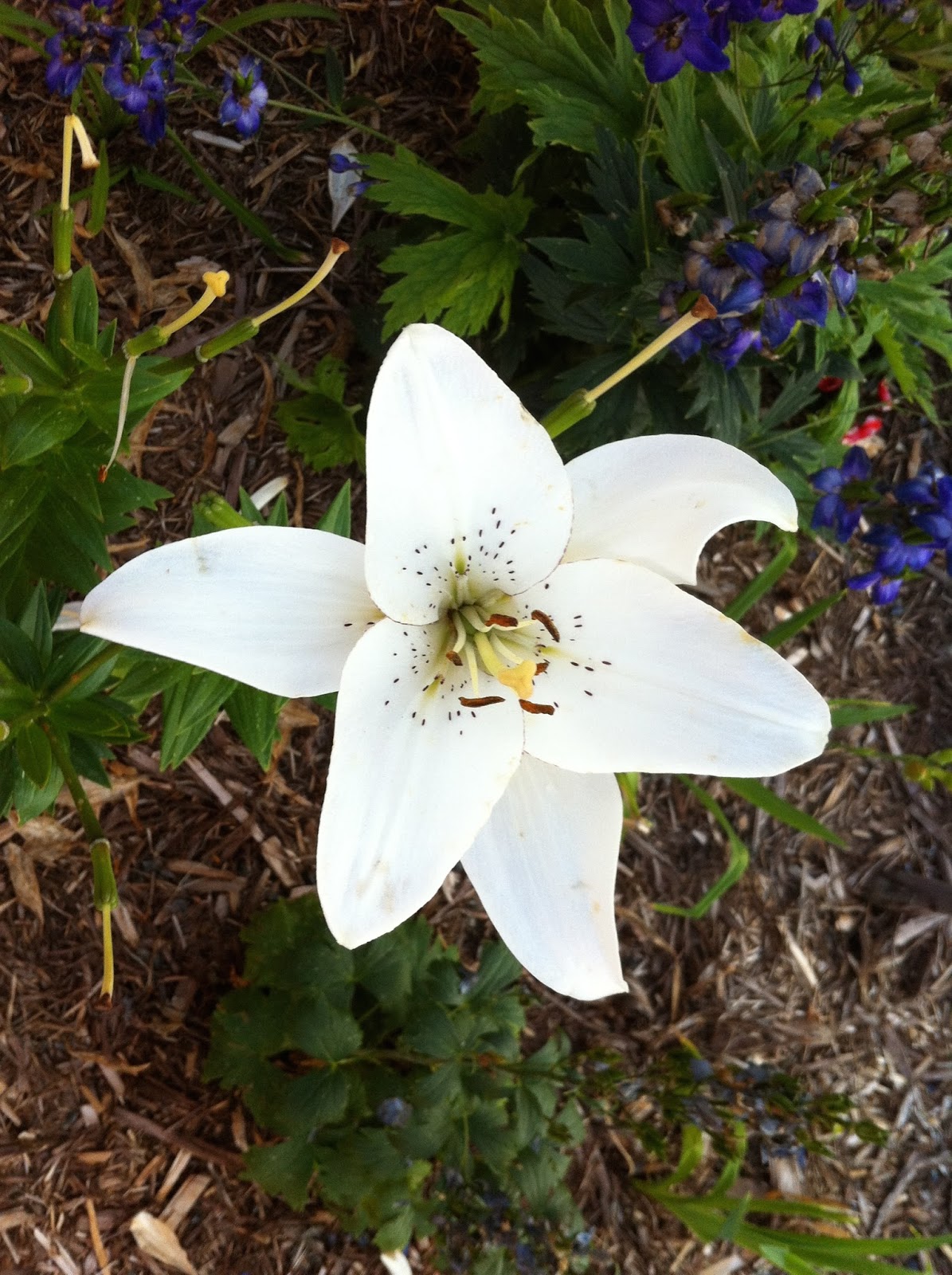 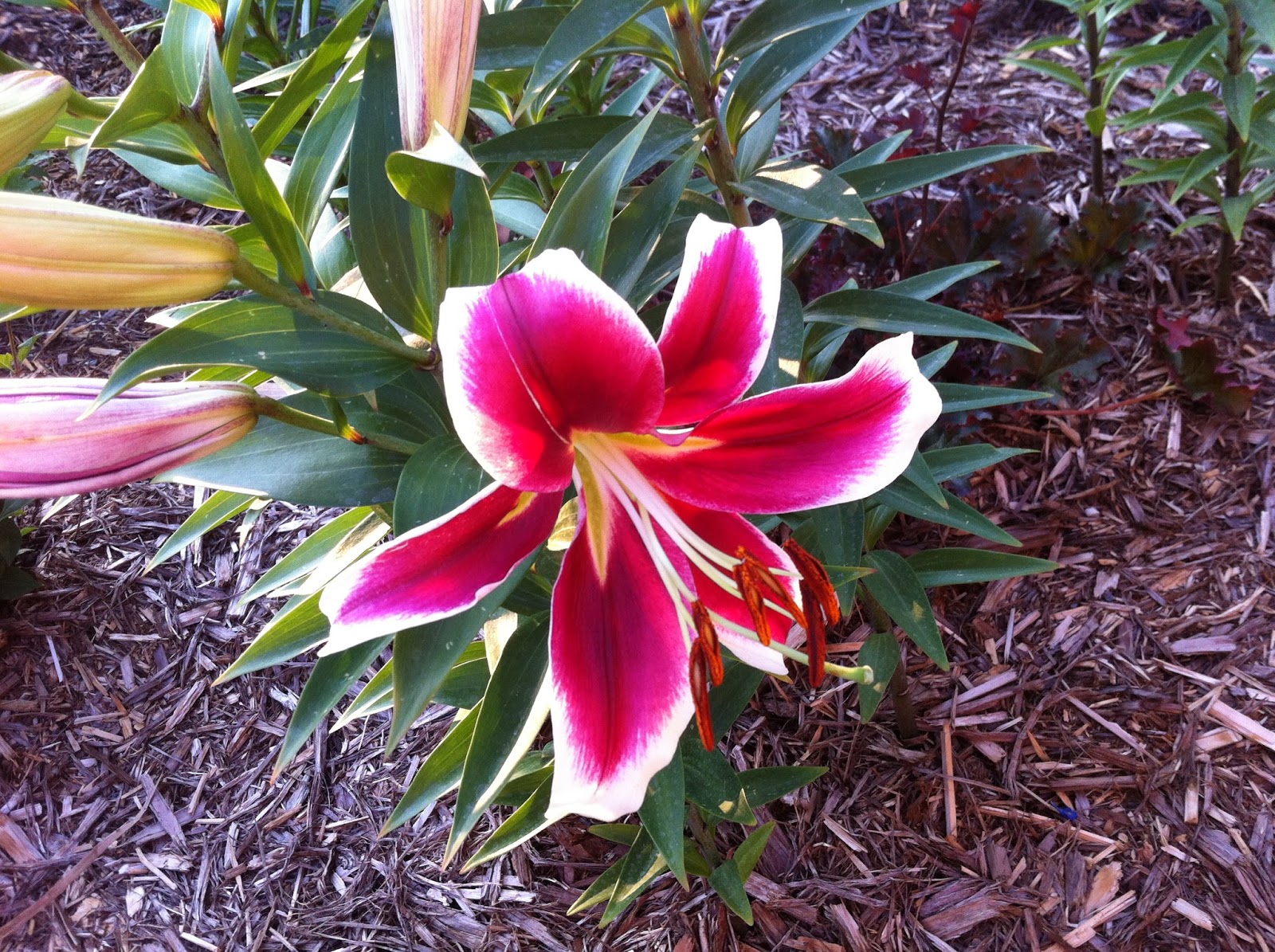 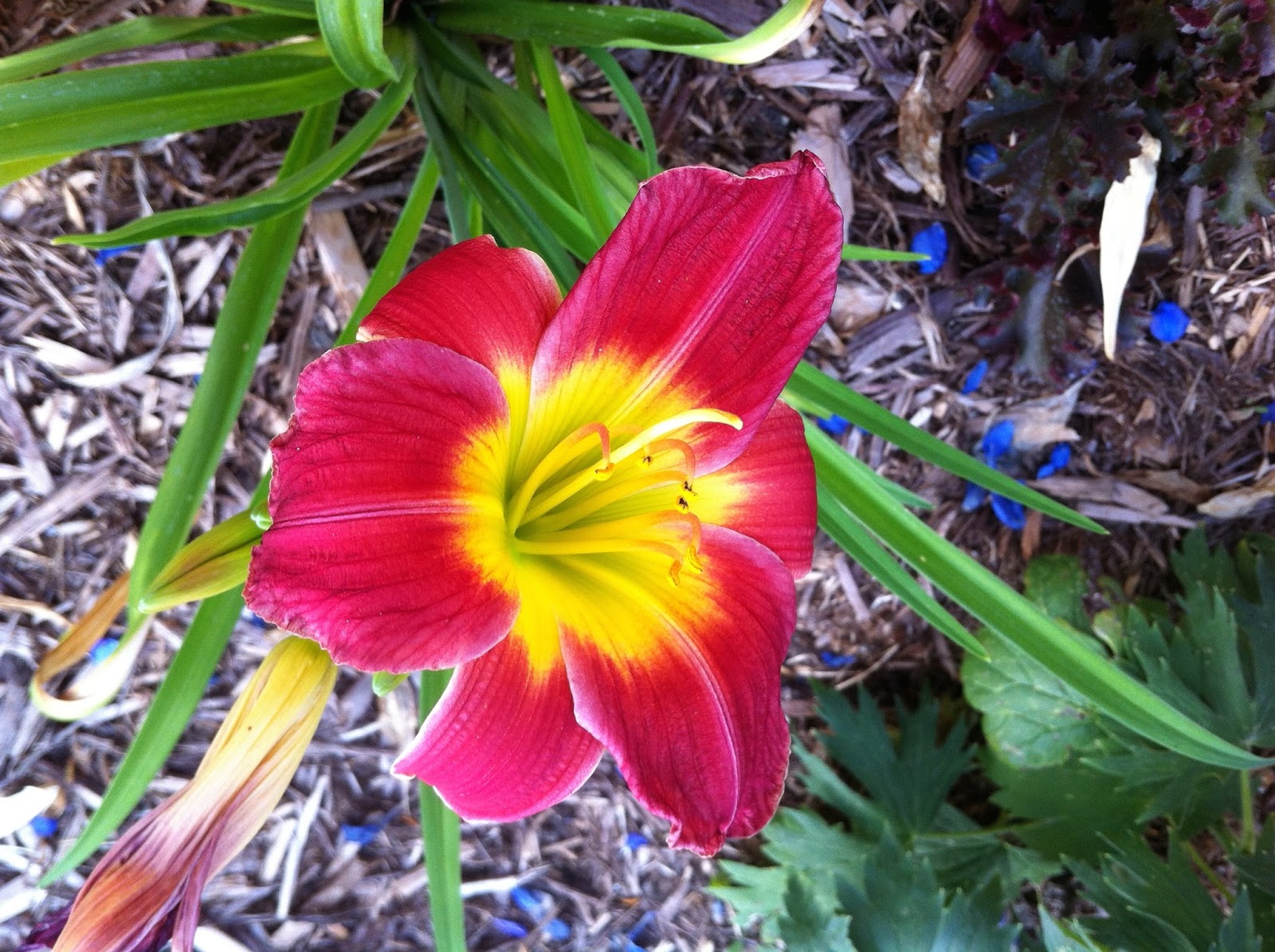