Well, THAT was popular

You guys really liked that rant I published on Thursday. I got some very nice feedback on it, thank you very much. Upon re-reading it wasn't quite as frothing and trenchant as I might have liked, but still, my blood was up and I pounded that out in about an hour. There may well be a followup. Stay tuned.

Since then I've been buried in the When Words Collide conference. It's a major writing and readers conference, and it's been a lot of fun for me. There's a ton of people I run into that I know, and the panels have been very interesting.

I just got out of a panel where 5 medium and small publishers talk about the state of publishing in Canada. It was fascinating. I wouldn't dream of trying to sum of the hour of discussion, except for this. If you pick up a book and like it, buy it. Right then. Books are cheap, in the grand scheme of things. Do not put it down. I had not realized bookstores return books much, much more quickly than they used to. A book that isn't selling well in a month, A MONTH will be returned.

A book that is displayed at the store on Tuesday will have it's sales figures reviewed on Thursday. Those sales numbers will influence what little promotion budget might be given to a new author. So you can't dither. If you want to continue to see bookstores in your community, buy the frigging book. Buy it and give it to someone you think might like it. Otherwise, when you get around to, thinking, yeah I should have bought it and want it now, it's probably too late.

One of the panels was about wit, especially on twitter. Brevity and all. You may have seen the traffic on it, and if you're curious, search the hashtag #lolyyc. Immortal humour, I tell you. But what was fun was attending the panel in person, at the same time as participating on line. That's really the first time I've done this, and would like to do it again.

The autograph lineup was interesting. Brandon Sanderson, the guy that finished up Robert Jordan's The Wheel of Time series had a line up down the room. Jack Whyte, Robert J. Sawyer, no line up. If I was an autograph junkie I could have them all autographed and time to chat with both to boot. As it is, I did get to chat with Robert Sawyer a bit. In his panels he has stressed the need to build a relationship with readers, and by golly he delivers. It isn't blah blah blah nice to meet you gotta go. It's an actual chat. He looks at your name tag. I want to go buy all his books that I don't have.

There's also been some quiet time between panels where I've done lots of work on my current book, and I've been having major thoughts about what happens next. I think I know what I'm going to do for NaNoWriMo later this year.

The conference isn't over yet, still some panels to attend. I should go buy some books. And somehow, once I get home I need to find the time to do some things that need to be done. Drink some wine, talk to the cats, BBQ some rack of lamb. I should probably iron some clothes to wear to work next week. Mowing the lawn is a bonus. Don't come by expecting to see a neat lawn, though the flowers are really doing well.

The clouds were really pretty last night, what with the super moon rising off to one side, and the light from the sunset lighting up some higher clouds. The photo doesn't really do justice to it. Plus one of Curtis willing me to give him some crunchies. The blog posts with photos of Curtis in them usually get more readers. 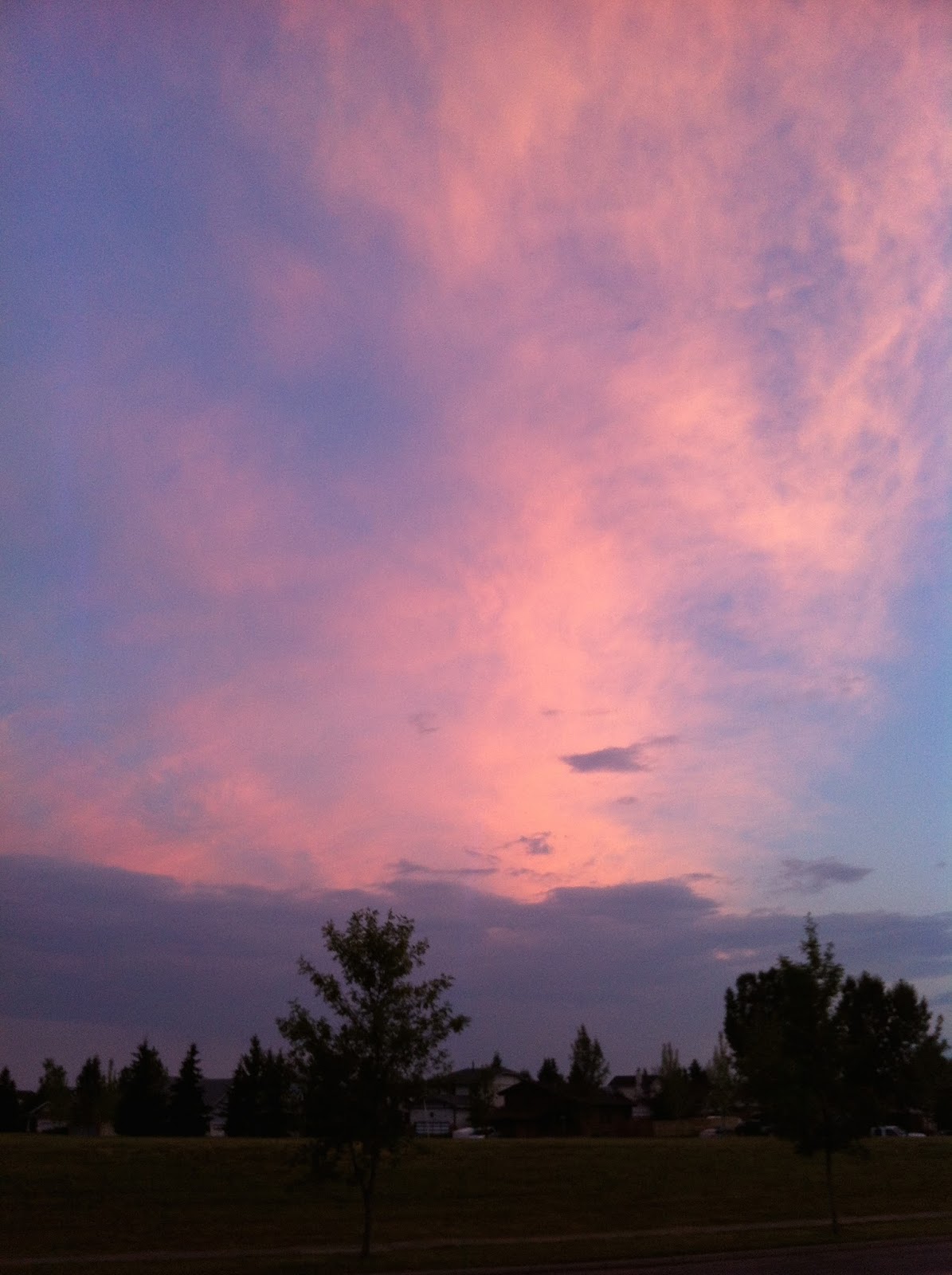 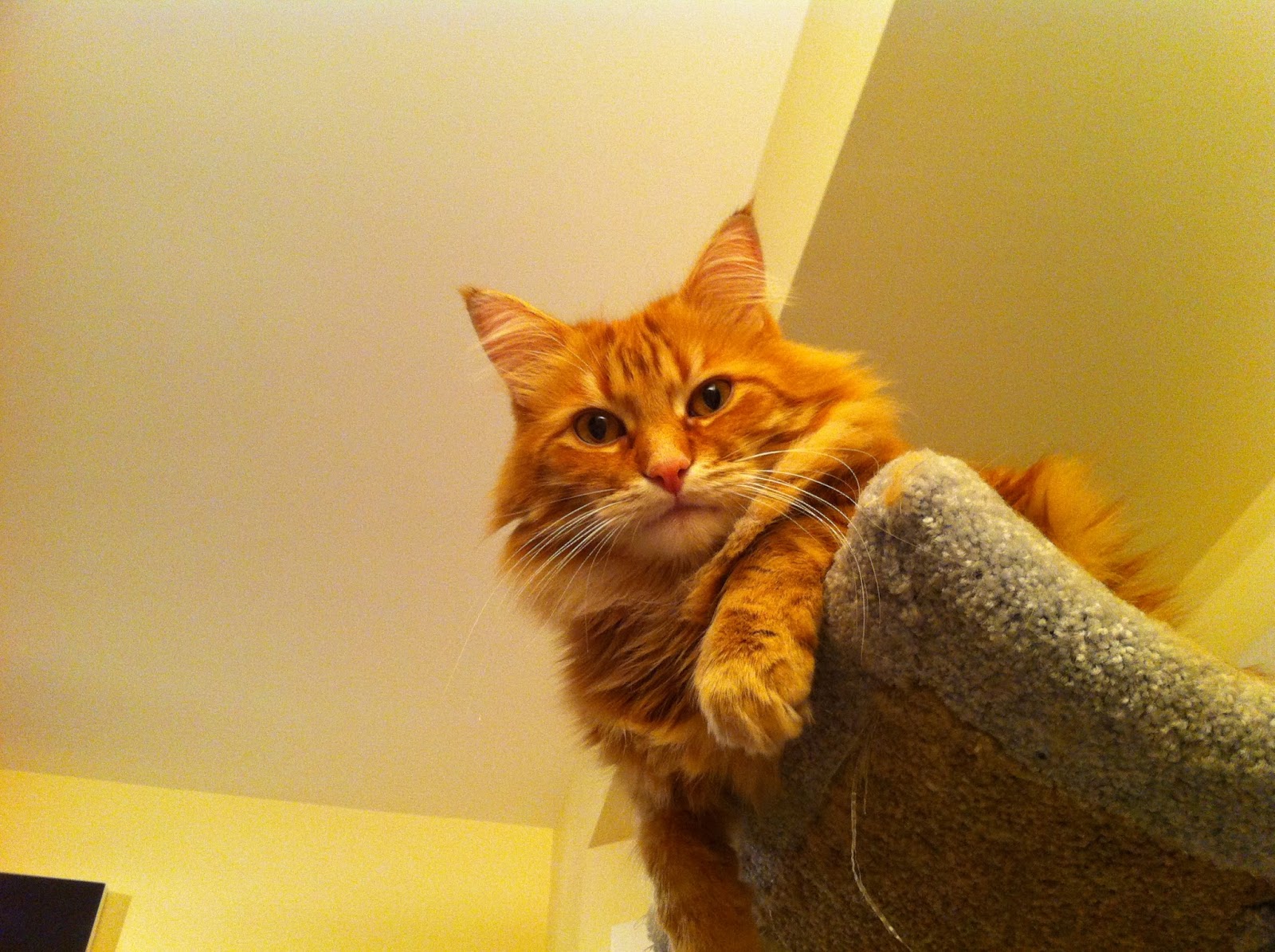